A team of draft horses hauled a wagon up Pennsylvania Avenue, to deliver a case of beer to the White House. It was the first public appearance of the Budweiser Clydesdales

Given the right combination of sugars, almost any cereal will undergo simple fermentation, due to the presence of wild yeasts in the air.  It seems likely our cave-dwelling ancestors experienced their first beer, as the result of this process.

Starch dusted stones were found with the remains of doum-palm and chamomile in the 18,000-year old Wadi Kubbaniya in upper Egypt.  While it’s difficult to confirm, University of Pennsylvania archaeologist Dr. Patrick McGovern says, “it’s very likely they were making beer there”.

Chemical analysis of pottery shards date the earliest barley beer to 3400BC, in the Zagros Mountains of Iran.

Wine seemed better suited to the sensibilities of the Roman palate, when Tacitus maligned the bitter brew of Germanic barbarians.  Nevertheless, the letters of Roman cavalry commanders from the Roman Britain period, c. 97-103 AD, include requests for more “cerevisia”, for the legionaries.

In North and South America, native peoples brewed fermented beverages from local ingredients, including agave sap, the first spring tips of the spruce tree, and maize.

The Pilgrims left the Netherlands city of Leiden in 1620, hoping for rich farmland and congenial climate in the New World.  Not the frozen, rocky soil of New England.  Lookouts spotted the wind-swept shores of Cape Cod on November 9, 1620, and may have kept going, had they had enough beer.  One Mayflower passenger wrote in his diary: “We could not now take time for further search… our victuals being much spent, especially our beer…”

Prior to the invention of the drum roaster in 1817, malt was typically dried over wood, charcoal, or straw fires, leaving a smoky quality that would seem foreign to the modern beer drinker.  William Harrison wrote in his “Description of England” in 1577, “For the wood-dried malt, when it is brewed, beside that the drink is higher of colour, it doth hurt and annoy the head of him that is not used thereto, because of the smoke”. 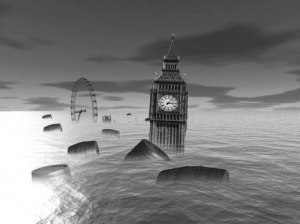 Smoky flavor didn’t trouble the true aficionado of the age.  When the Meux Brewery casks let go in 1814 spilling nearly 400,000 gallons onto the street, hundreds of Britons hurried to scoop it up in pots and pans.  Some even lapped it up, doggy-style.

1,389 were trampled to death and another 1,300 injured in a suds stampede, when someone thought the beer had run out at the coronation of Czar Nicholas II, in 1896.

Portable stills went on sale within a week, and organized smuggling was quick to follow. California grape growers increased acreage by over 700% over the first five years, selling dry blocks of grapes as “bricks of rhine” or “blocks of port”. The mayor of New York City sent instructions on wine making, to his constituents.

Smuggling operations became widespread, as cars were souped up to outrun “the law”. This would lead to competitive car racing, beginning first on the streets and back roads and later moving to dedicated race tracks.  It’s why we have NASCAR, today. 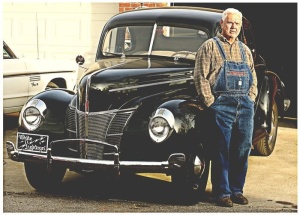 Gaining convictions for breaking a law that everyone hated became increasingly difficult. There were over 7,000 prohibition related arrests in New York alone between 1921 and 1923.  Only 27 resulted in convictions.

Finally, even John D. Rockefeller, Jr., a lifelong teetotaler who contributed $350,000 to the Anti-Saloon League, had to announce his support for repeal.

FDR signed the Cullen–Harrison Act into law on March 22, 1933, commenting “I think this would be a good time for a beer.”  The law went effect on April 7, allowing Americans to buy, sell and drink beer containing up to 3.2% alcohol.

A team of draft horses hauled a wagon up Pennsylvania Avenue, delivering a case of beer to the White House – the first public appearance of the Budweiser Clydesdales. 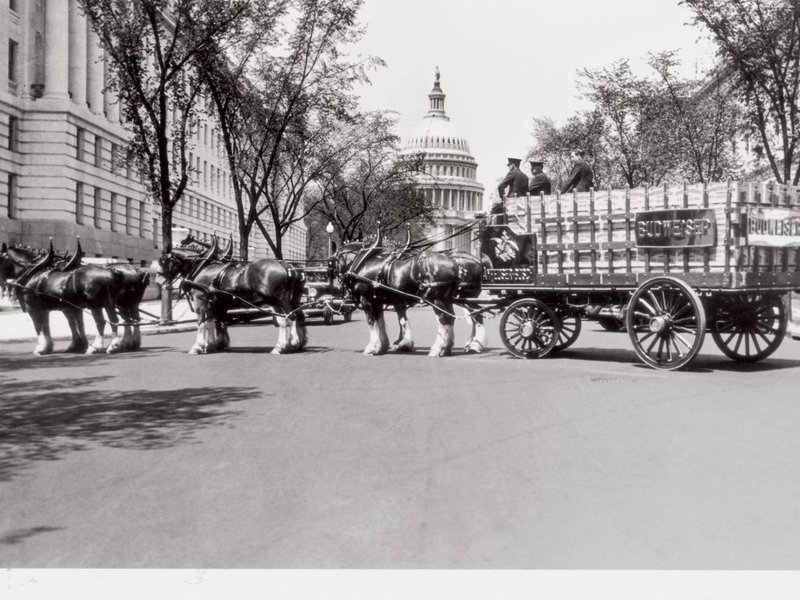 “Dry” leaders tried to prohibit consumption of alcohol on military bases in 1941, but military authorities claimed it was good for morale. Brewers were required to allocate 15% of total annual production to be used by the armed forces. So essential were beer manufacturers to the war effort, that teamsters were ordered to end a labor strike against Minneapolis breweries.  Near the end of WWII, the army made plans to operate recaptured French breweries, to ensure adequate supplies for the troops. 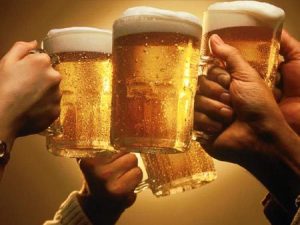 18 states continued prohibition at the state level after the national repeal, the last state finally dropping it in 1966. Almost 2/3rds of all states adopted some form of local option, enabling residents of political subdivisions to vote for or against local prohibition.  Some counties remain dry to this day.  Ironically, Lynchburg County, Tennessee, home to the Jack Daniel distillery, is one such dry county.

The night before Roosevelt’s law went into effect, April 6, 1933, beer lovers lined up at the doors of their favorite public houses, waiting for their first legal beer in thirteen years.  A million and a half barrels of the stuff were consumed on April 7, a date remembered today as “National Beer Day”.

So it is that, from that day to this, April 6 is celebrated as “New Beer’s Eve”.  Sláinte.