For four days and nights, the three-man crew lived aboard the cramped, freezing Aquarius, a landing module intended to support a crew of 2 for only 1½ days 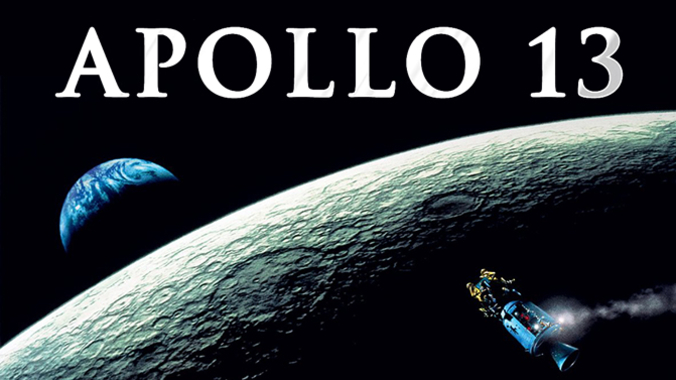 Jack Swigert was supposed to be the backup pilot for the Command Module, (CM), officially joining the Apollo 13 mission only 48 hours earlier, when prime crew member Ken Mattingly was exposed to German measles. Jim Lovell was the world’s most traveled astronaut, a veteran of two Gemini missions and Apollo 8. By launch day, April 11, 1970, Lovell had racked up 572 space flight hours. For Fred Haise, former backup crew member on Apollo 8 and 11, this would be his first spaceflight.

The seventh manned mission in the Apollo space program was intended to be the third moon landing, launching at 13:13 central standard time, from the Kennedy Space Center in Florida.

56 hours into the mission and 5½ hours from the Moon’s sphere of gravitational influence, Apollo crew members had just finished a live TV broadcast.  Haise was powering the LM down while Lovell stowed the TV camera.  Mission Control asked Swigert to activate stirring fans in the SM hydrogen and oxygen tank. Two minutes later, the astronauts heard a “loud bang”.

Spacecraft manufacturing and testing had both missed an exposed wire in an oxygen tank.  When Swigert flipped the switch for that routine procedure, a spark set the oxygen tank on fire. Alarm lights lit up all over Odyssey and in Mission Control.  The spacecraft shuddered as one oxygen tank tore itself apart and damaged another.  Power began to fluctuate.  Attitude control thrusters fired, and communications temporarily went dark. The crew could not have known it at the time, but the entire Sector 4 panel had just blown off.

205,000 miles into deep space with life support systems shutting down, the Lunar Module became the only means of survival. There was no telling if the explosion had damaged Odyssey’s heat shields, but it didn’t matter. For now, the challenge was to remain, alive.  Haise and Lovell frantically worked to boot up Aquarius, while Swigert shut down systems aboard Odyssey, in order to preserve power for splashdown. 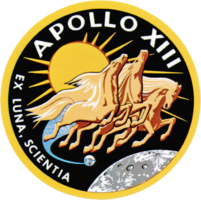 This situation had been suggested during an earlier training simulation, but had been considered unlikely. As it happened, the accident would have been fatal without access to the Lunar Module.

For four days and nights, the three-man crew lived aboard the cramped, freezing Aquarius, a landing module intended to support a crew of 2 for only 1½ days. Heat fell close to freezing and food became inedible, as mission control teams, spacecraft manufacturers and the crew itself worked around the clock to jury rig life support, navigational and propulsion systems.  This “lifeboat” would have to do what it was never intended to do.

Atmospheric re-entry alone, presented almost insurmountable challenges. The earth’s atmosphere is a dense fluid medium. If you reenter at too steep an angle, you may as well be jumping off a high bridge. As it is, the human frame can withstand deceleration forces no higher than 12 Gs, equivalent to 12 individuals identical to yourself, piled on top of you.  Even at that, you’re only going to survive a few minutes, at best.

We all know what it is to skip a stone off the surface of a pond.  If you hit the atmosphere at too shallow an angle, the result is identical. There is no coming down a second time. You get one bounce and then nothing but the black void of space.

For four days, most of the country and much of the world held its breath, waiting for the latest update from newspaper and television news.  With communications down, TV commentators used models and illustrations, to describe the unfolding drama.  Onboard Odyssey, power was so low that voice-only transmissions became difficult. Visual communications with Mission Control were as impossible, as the idea that the stranded astronauts could walk home.

As Odyssey neared earth, engineers and crew jury-rigged a means of jettisoning the spent Service Module, to create enough separation for safe re-entry.

One last problem to be solved, was the crew’s final transfer from Lunar Module back to Command Module, prior to re-entry.  With the “reaction control system” dead, University of Toronto engineers had only slide rules and six hours, in which to devise a way to “blow” the LM, by pressurizing the tunnel connecting it with the CM.  Too much pressure might damage the hatch and its seal, too little wouldn’t provide enough separation between the two bodies.  The result of either failure, would have been identical to that of the “shooting stars”, you see at night.

By this time the Command Module had been in “cold soak” for days.  No one even knew for certain, if the thing would come back to life.

Crashing into the atmosphere at over 24,000mph, the capsule had 14 minutes in which to come to a full stop, splashing down in the waters of the Pacific Ocean. External temperatures on the CM reached 2,691° F, as the kinetic energy of re-entry was converted to heat.

The Apollo 13 mission ended safely with splashdown southeast of American Samoa on April 17, 1970, at 18:07:41 local time.  Exhausted and hungry, the entire crew had lost weight.  Haise had developed a kidney infection.  Total duration was 142 hours, 54 minutes and 41 seconds.