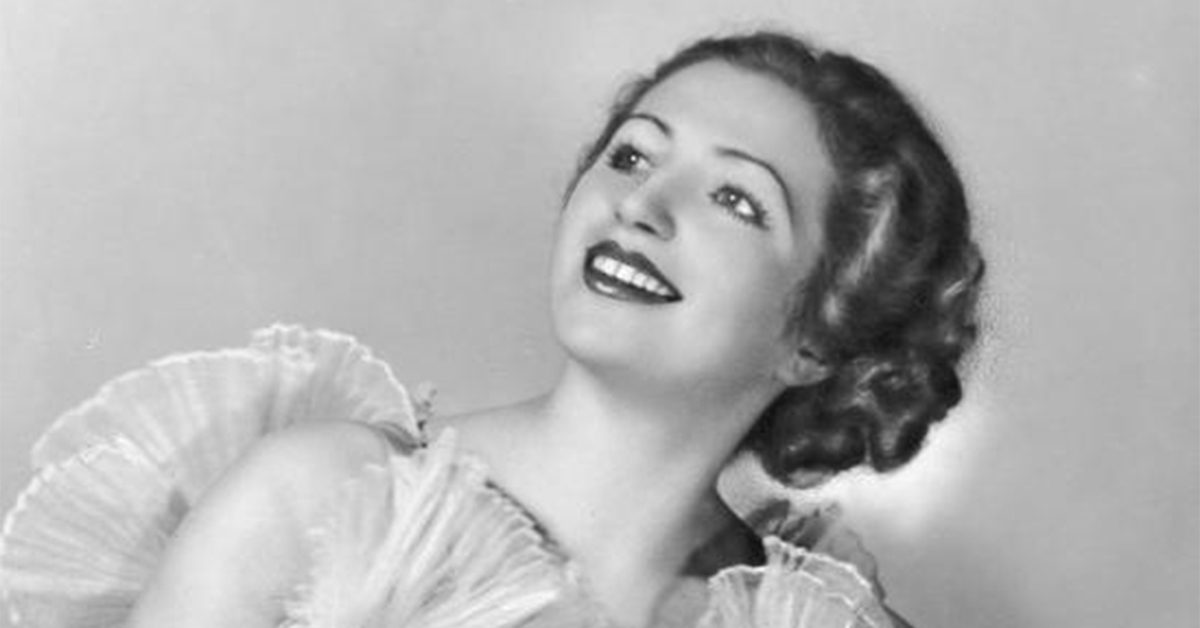 Before the age of the internet, sight gags were copied and re-copied and passed around from hand to hand, much the same as we text each other amusing memes, today. One stands out after all these years, as worth remembering. A “Last Great Act of Defiance”, in the face of certain destruction.

I considered whether such an image trivialized the death of a human being, because that’s what this story is about. But no, silly as it is this cartoon works just fine, as a symbol. A symbol of a small woman, naked, defenseless and yet defiant, in the face of the Nazi death camp. A ballerina barely 100 pounds soaking wet by the look of her photographs and yet, a woman who, in her last moments of life managed to take one of the Nazi sons of bitches, with her.

They say if you do what you love, you’ll never work a day in your life. Franceska Mann was born to dance. Any mother or father of such a child would smile at the thought of what she must have been like, growing up. By the time Franceska had come of age she had mastered classical and several forms of popular dance.

Mann studied dance at Irena Prusicka’s School of Gymnastics and Artistic Dance, one of three major studios, in pre-war Warsaw. She competed in 1939 in an international dance competition in Brussels placing fourth, out of 125 ballerinas. She was the pride of Poland considered by many to be the most beautiful and most talented, of her generation.

When the Nazi war machine invaded Poland in 1939, she was performing at the Melody Nightclub in Warsaw

For a time, Franceska’s physical features allowed her passage on the “Aryan” side of the city while up to 460,000 fellow Jews and not a few Romani people were rounded up in the “Residential District”, the infamous Warsaw Ghetto.

The Warsaw Ghetto and others like it were little more than waiting rooms, for the death camps. Even before ultimate deportation conditions, were grisly. The daily food ration for Jews in the ghetto was a scant 184 calories compared with 699 for Polish gentiles and 2,613, for Germans. Disease and starvation quickly set in to begin a process the waiting “showers”, were built to complete.

The human being is a funny critter. We’re capable of believing anything, we want to believe. For two years under these conditions, residents clung to the desperate hope that the “resettlement” promised by Nazi authorities, meant something better. By the end of 1942 it was clear nearly to all that the transports out of this place, meant only death.

Books have been written about the ghetto uprising and the desperate attempts of Irena Sendler and others, to save these people. Using her work as nurse for cover this “Angel of the Ghetto” would smuggle children out of that place with the help of a small dog trained to bark, at Nazi soldiers.

Irena would be ratted out and savagely tortured by the Gestapo but never did give up the names of countless children written on slips of paper and buried for safekeeping, in her garden.

Weapons’ and ammunition were smuggled through the sewers of Warsaw throughout much, of 1942. Nazi soldiers entered the ghetto on January 18, 1943 bent on yet another roundup. Some 600 were summarily shot and 5,000 removed from their homes when all hell broke loose from Jewish underground members, and resistance fighters.

Armed only with handguns and Molotov cocktails, resistance fighters kept the Nazis at bay for nearly four months but the end, was never in doubt. 2,000 Waffen-SS soldiers began the final assault on April 19 systematically burning or blowing up ghetto buildings, block by block. Some 56,065 people were murdered on the spot or rounded up, for extermination. Major resistance came to an end on April 28. The May 16 demolition of the Great Synagogue of Warsaw little more, than symbolic.

Today, the Nożyk Synagogue is the only pre-war Jewish house of worship left standing, in the Polish capital. The building was used as a horse stable for the German Wehrmacht, during the war.

At this point, the Nazi government turned its attention to rooting out those left in hiding, outside the ghetto. Since 1941, Jewish and Polish diplomats worked with certain South American nations to send documents into the Warsaw ghetto. Such documents it was believed, may help Jews and others “prove” to be nationals of neutral nations and thus eligible, for safe transfer.

Passports both real and forged flooded into the region often, through the Hotel Polski. Many if not all such documents were intercepted by the Gestapo. With the help of Jewish collaborators, thousands left in hiding were lured to the Hotel Polski in hopes, of escape. Nations from Paraguay, Honduras and El Salvador to Peru and Chile beckoned, or so it was imagined. Genuine passports of Jews no longer alive sold on the black market for the equivalent, of up to a million 2021 dollars.

As many as 3,500 came out of hiding and moved to the Hotel Polski. The Polish Underground warned Jews it was probably a trap but we all believe what we want to believe, don’t we? Franceska Mann most likely received her own passport, in this manner.

Some 1,700 were rounded up at this place arriving on the trains to Auschwitz-Birkenau, on October 23. You can find a dozen or more versions of what happened next since it all comes out, of the death camp rumor mill. What is certain is that women were separated from men and made to disrobe for “delousing”. It was all prior to final deportation to Switzerland, they were told.

Fit, young and attractive as she was Franceska Mann drew the attention of two of her guards, Josef Schillinger and Wilhelm Emmerich. Using her considerable gifts she drew them in close and, with the speed of an athlete knocked Schillinger in the face with her shoe, drew the man’s gun and shot him twice in the belly. Emmerich was shot once, in the leg. Pandemonium broke out near the showers as hundreds of women in all states of dress and undress, turned on their tormenters. One SS man had his nose bitten off. Another was scalped by the desperate, angry mob.

Reinforcements arrived within moments. The gas was turned on killing those trapped, inside the chamber. Women in the changing area were machine gunned while those few caught outside were summarily, murdered.

On this day in 1943 it was all over, in minutes. Josef Schillinger died a painful death from those two gunshots. Emmerich recovered from his wounds.

Dark rumors may be found on the internet as to whether Mann herself was a Nazi collaborator. Witnesses who were there tell a different story, their stories recorded in transcripts, of the Nuremberg trials. The tales told by foreign professors born decades after the fact may be accepted or dismissed as you wish but one thing is left to contemplate. How would the chattering classes have behaved had they themselves lived in such a time, and such a place.

The Nazi extermination machine ground on for nearly two more years but one thing was certain. One terrified, desperate ballerina disarmed and about to die had rendered the beasts short, one of their own number.