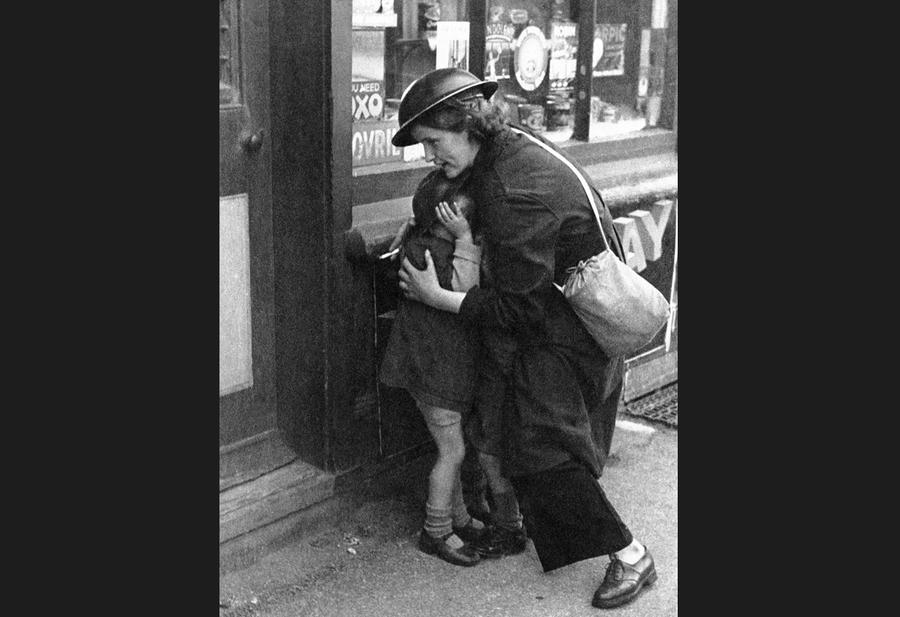 When the allies invaded Europe in 1944, they had to land on the beach in order to get a foothold. At that point, they controlled none of the European continent. The Nazi war machine had been so successful, that a map of Europe at that time could have been drawn in only two colors. One for the occasional neutral nation, the other for Nazi controlled or occupied territory.

Your eyes would have to cross the English Channel on that map to find a third color, that of Great Britain, which in June of 1940 stood defiant and alone in the face of the Nazi war machine. 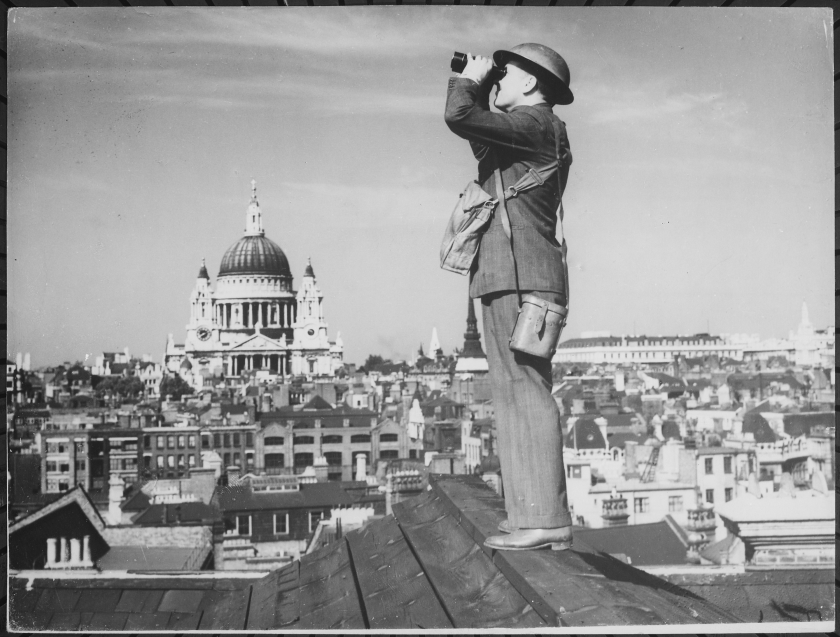 In his “Finest Hour” speech of June 18, Prime Minister Winston Churchill said “What General Weygand has called the Battle of France is over. I expect that the Battle of Britain is about to begin“.

In Germany, street decorations were being prepared for the victory parades which were sure to come, as Hitler considered plans for his surprise attack on his ally to the East, the Soviet Union. After Great Britain and her allies had been hurled from the beaches of Dunkirk, Hitler seemed to feel he had little to do but “mop up”. 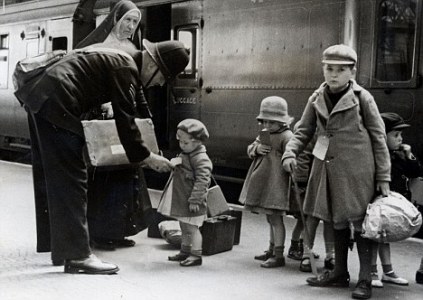 Germany needed air supremacy before “Operation Sea Lion”, the amphibious invasion of England, could begin. Luftwaffe commander Hermann Göring said he would have it in four days.

Military planners of the 1930s believed that “The Bomber will always get through”, and Luftwaffe strategy was based on that assumption. Air Chief Marshal Sir H.C.T. “Stuffy” Dowding, leader of RAF Fighter Command, had other ideas. Dangerously low on aircraft and the pilots to fly them, the “Dowding System” employed a complex network of detection, command, and control to run the battle. The RAF hadn’t the faintest prayer of defending their entire coast, but Dowding’s system allowed them to dispatch individual squadrons to intercept each German air raid.

The “Channel battles” beginning on July 10 were followed by a month of Luftwaffe attacks on English air fields. Losses were catastrophic for the RAF, but worse for the Luftwaffe. On only one day during this period, September 1, did the Germans succeed in destroying more aircraft than they lost. 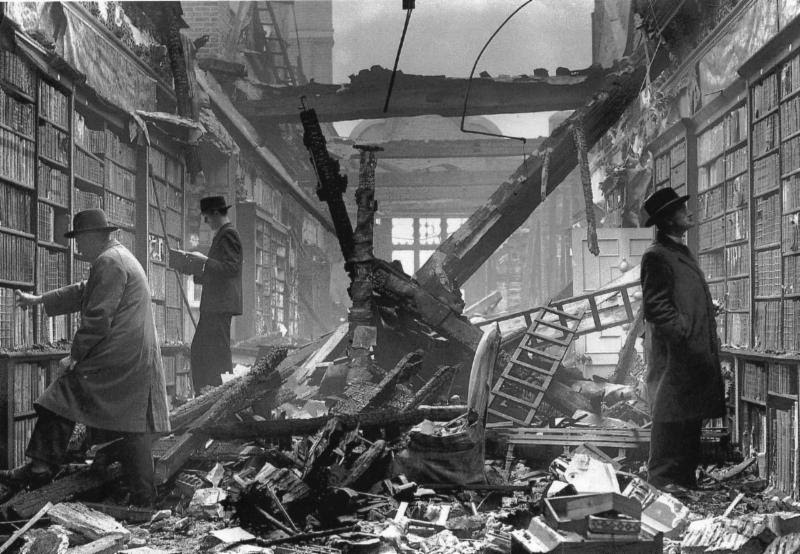 The Imperial War Museum online library (http://www.iwm.org.uk/collections/search?query=battle+of+britain&items_per_page=10) overflows with images of every day English life, set against a backdrop of catastrophic destruction. Children climbing over piles of rubble on their way to school. A milk man on his rounds, picking his way through shattered streets.  Adults browsing through stacks of library books, the ceilings open to the sky, great beams and rubble littering the aisles between the stacks.

Interestingly, the most successful RAF squadrons to fight in the Battle of Britain weren’t British at all, but Polish. 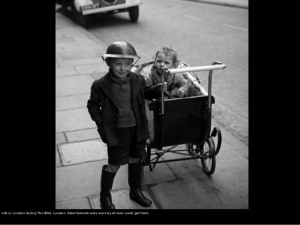 Czechoslovakia fell to the Nazis on the Ides of March, 1939, Czech armed forces having been ordered to offer no resistance. Some 4,000 Czech soldiers and airmen managed to get out, most escaping to neighboring Poland.

Tales of Polish courage in the face of the Nazi invasion of September 1 are magnificent bordering on reckless, replete with images of Polish horse cavalry riding out to meet German tanks. Little Poland never had a chance, particularly when the Soviet Union piled on two weeks later. Poland capitulated in a month, but the German victory was more costly than expected. Much more.  It’s estimated that the Wehrmacht expended twice as much ammunition defeating Poland as they did France the following Spring.  A country with a third larger population. 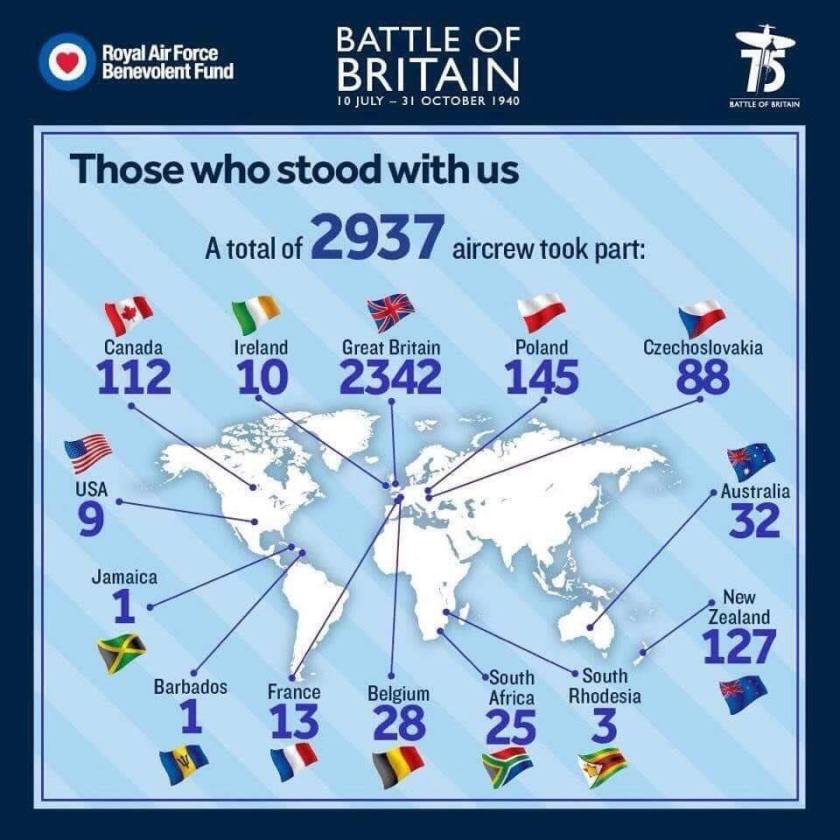 The combined fighting forces of the two nations wound up in France in accordance with the Franco-Polish Military Alliance of 1921, thence to Great Britain following the French capitulation of June, 1940. 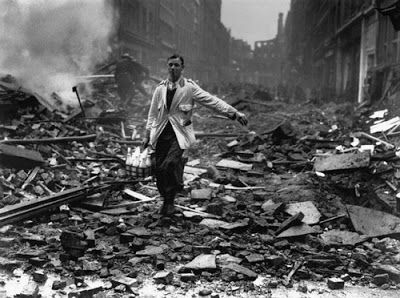 British military authorities were slow to recognize the flying skills of the Polskie Siły Powietrzne (Polish Air Forces), the first fighter squadrons only seeing action in the third phase of the Battle of Britain. Despite the late start, Polish flying skills proved superior to those of less-experienced Commonwealth pilots. The 303rd Polish fighter squadron became the most successful RAF fighter unit of the period, its most prolific flying ace being Czech Sergeant Josef František.  He was killed in action in the last phase of the Battle of Britain, the day after his 26th birthday.

145 Polish aircrew served with the RAF during this period, making up the largest non-British contribution to the Battle of Britain.  The smallest is a two-way tie at one each, between Barbados and Jamaica.

In the end, Great Britain could not be defeated. German resources greatly outnumbered those of the English, but the ratio was reversed when it came to losses. The two nations were at a stalemate and none but a Pyrrhic victory was possible for either. Hitler indefinitely postponed Operation Sea Lion on September 17. By the end of October, the air raids had come to an end.

In the end, the Battle of Britain remains a story we remain free to tell, in English.  Prime Minister Winston Churchill captured the spirit of the period, as only he could.

“Never in the field of human conflict was so much owed by so many to so few”.