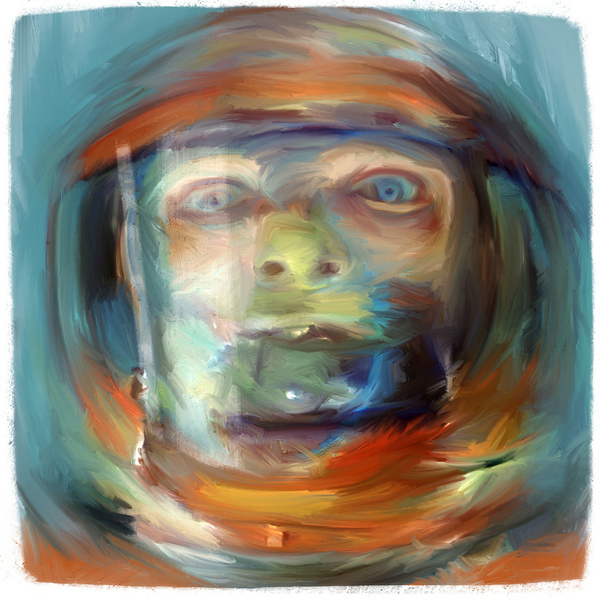 It’s hard to turn on the TV this week, without hearing about Apollo 11.  Fifty years ago, those famous words spoken by the first human being, to set foot on the moon.  “That’s one small step for (a) man, one giant leap for mankind“.

The moon landing of July 20, 1969 was the culmination of tens of millions of man-hours, a twelve-years long space race with the Soviet Union, five dead astronauts and the young President who had dared them to do it, himself shot through the head some six years earlier.

Ten years earlier,  NASA needed to know what happened to the human body in space.  The Soviet space program was halted for nearly a year, so sick was the #2 (human) “traveler in the cosmos”.  Astronauts would be subjected to weightlessness, G-forces beyond imagination and constant rotation.  A world where up is down and down is up and the delicate sensors of the middle ear cry out, Enough! 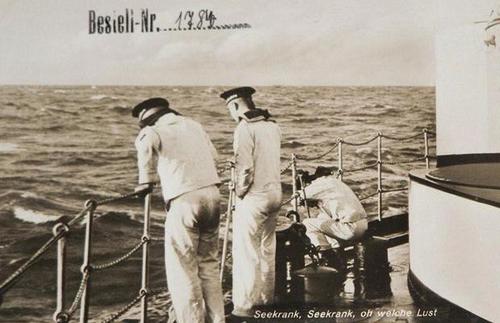 The vertigo and the nausea of motion sickness has played its part, from the earliest days of human history.  The ancient Greek physician Hippocrates wrote about it.  The Roman philosopher Seneca writes of the misery of a long voyage in which ‘he could bring nothing more up’.  The lyric poet Horace writes of seasickness as a great social leveler, in which wealth is no protection and the rich man suffers just as much as the poor man.  The sea-going military exploits of Julius Caesar are replete with tales of vomiting legionaries and seasick horses.

To the Great good fortune of the Protestant England of 1588, the terrifying Armada sent by Spanish King Phillip II to overthrow Queen Elizabeth I was commanded by the Duke of Medina Sidonia, an Army general with little to no experience at sea. Sidonia suffered such severe seasickness that this, combined with a stroke of exceptionally bad luck, destroyed the Spanish Armada and paved the way to the next three hundred years in which “Britannia Ruled the Waves”. 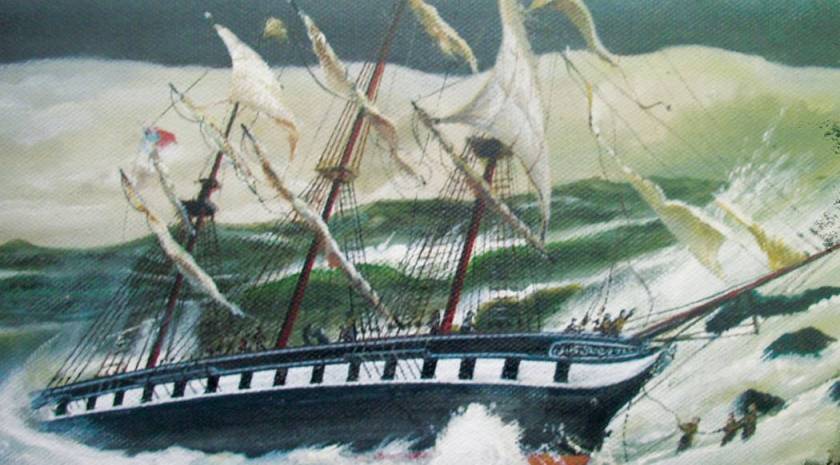 Were you to catch the early space travelers in a candid moment, many are the tales of less-than-heroic moments, spent wiping the product of space sickness from the interiors of craft from the Gemini program to the Space Shuttle.

From the beginning, scientists needed to understand the mechanisms of space sickness.  So it was that, in the mid-twentieth century, NASA happened upon a group of space pioneers, you’ve likely never heard of.  What better group with which to study motion sickness, than those literally immune to it.  The profoundly hearing impaired made deaf by spinal meningitis and without a functioning vestibular system, that delicate inner ear structure which gives us sense of balance. 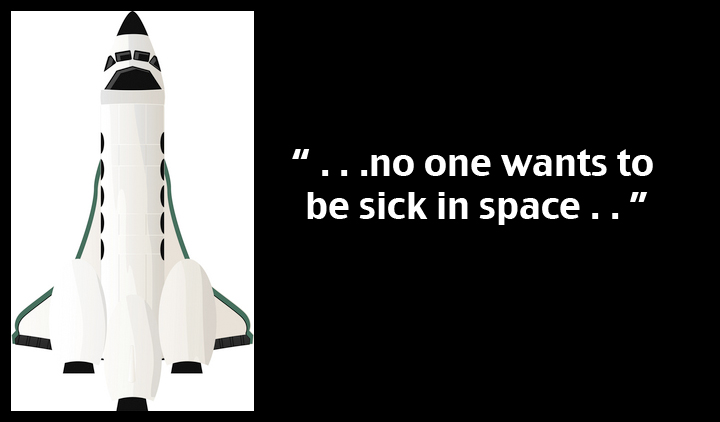 Gallaudet University was founded in 1864 as a grammar school for the deaf and blind and remains to this day, the world’s premier institution for the higher education of the deaf and hearing impaired.  In 1961, researchers with the US Naval School of Aviation Medicine paid a visit.  Hundreds of faculty and students were tested and a handful selected, for further tests.  There were parabolic flights.  Some were suspended for days, in swinging cages.

One group was deliberately taken into a severe storm off the coast of Nova Scotia, an outing former students remember as a lark, a thoroughly enjoyable adventure.  Researchers didn’t enjoy the trip quite so much, passing the voyage in a state of green and gut-wrenching decrepitude. 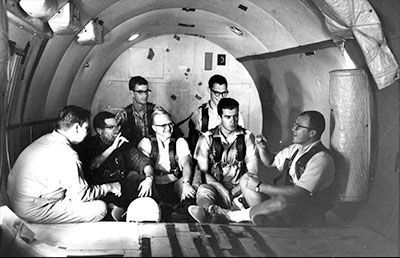 Eleven Gallaudet students were selected as early as 1958, to spin for nearly two weeks in a room-sized centrifuge.  Though it was hard work, participants viewed the study as an adventure.  One remembers his experience as a way to serve his country, since he’d never be allowed to join the military.

Today, their names are all but forgotten.  Barron Gulak.  Harry Larson.  David Myers and others.  The forgotten pioneers of those early days of the American space program, without whom the first astronauts may well have viewed the moon landing, from the bottom of a barf bag. 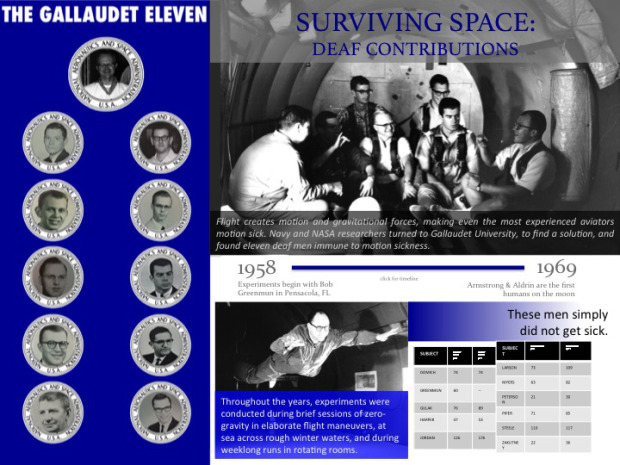 Telegraph operator Douglas “Duff” Kent had one job that day, and that was to hold that eastbound coal train, until West #171 passed Shohola station. It didn’t happen.  He may have been drunk, but nobody’s sure. Kent gave the all clear at 2:45 on this day in 1864. The main switch was opened, and Erie #237 joined the single track heading east out of Shohola. Only four miles now separated the two speeding, 30-ton steam locomotives. 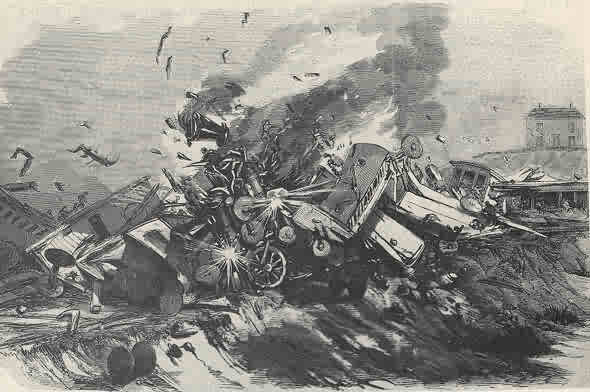 Engine #171 was an “extra” that day, running behind a scheduled train numbered West #23. West #23 displayed warning flags giving the second train right of way, but #171 was running late. First delayed while guards located missing prisoners, then there was that interminable wait for the drawbridge. By the time #171 reached Port Jervis, Pennsylvania, the train was four hours behind schedule.

Telegraph operator Douglas “Duff” Kent was on duty at the Lackawaxen Junction station, near Shohola, Pennsylvania. Kent had seen West #23 pass through that morning with the “extra” flags. His job was to hold eastbound traffic at Lackawaxen until the second train passed.

Duff Kent had one job that day, and that was to hold the eastbound coal train, until #171 passed Shohola station. It didn’t happen.  He may have been drunk, but nobody’s sure. He disappeared the following day, never to be seen again. 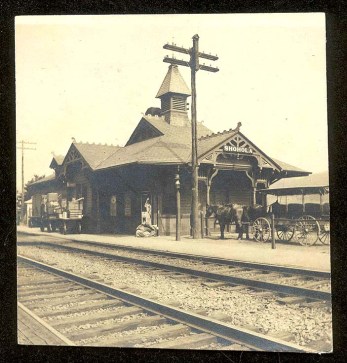 Erie Engine #237 arrived at Lackawaxen at 2:30 pm pulling 50 coal cars, loaded for Jersey City. Kent gave the all clear at 2:45. The main switch was opened, and Erie #237 joined the single track heading east out of Shohola.

The trains met head-on at “King and Fuller’s Cut”, a pass blasted out of solid rock and named after the prime engineering contractor. The section of track followed a blind curve with only 50-feet visibility.

Engineer Samuel Hoitt was at the throttle of #237. Hoitt would survive, having just enough time to jump before the moment of impact. One man in the lead car on #171 was thrown clear. He too would live. There were no other survivors among the 37 men on that car.

On the 100th anniversary of the wreck, historian Joseph C. Boyd described what happened next.  Let him pick up the story: 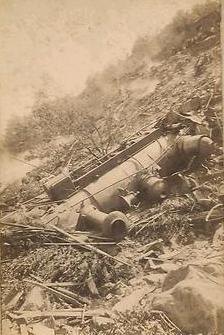 “[T]he wooden coaches telescoped into one another, some splitting open and strewing their human contents onto the berm, where flying glass, splintered wood, and jagged metal killed or injured them as they rolled. Other occupants were hurled through windows or pitched to the track as the car floors buckled and opened. The two ruptured engine tenders towered over the wreckage, their massive floor timbers snapped like matchsticks. Driving rods were bent like wire. Wheels and axles lay broken. The troop train’s forward boxcar had been compacted and within the remaining mass were the remains of 37 men”. Witnesses saw “headless trunks, mangled between the telescoped cars” and “bodies impaled on iron rods and splintered beams.”

Pinned by cordwood against the split boiler plate and slowly scalded to death, engineer William Ingram lived long enough to speak with would-be rescuers. Frank Evans, one of the guards, remembered: “With his last breath he warned away all who went near to try and aid him, declaring that there was danger of the boiler exploding and killing them.”

Evans describes the scene. “I hurried forward. On a curve in a deep cut we had met a heavily-laden coal train, traveling nearly as fast as we were. The trains had come together with that deadly crash. The two locomotives were raised high in air, face to face against each other, like giants grappling. The tender of our locomotive stood erect on one end. The engineer and fireman, poor fellows, were buried beneath the wood it carried. Perched on the reared-up end of the tender, high above the wreck, was one of our guards, sitting with his gun clutched in his hands, dead!. The front car of our train was jammed into a space of less than six feet. The two cars behind it were almost as badly wrecked. Several cars in the rear of those were also heaped together…Taken all in all, that wreck was a scene of horror such as few, even in the thick of battle, are ever doomed to be a witness of.”

Estimates of Confederate dead are surprisingly inexact. Most sources report 51 killed on the spot or dying within the first 24 hours. Others put the number as high as 60 to 72. 17 Union guards were killed on the spot, or died within a day of the wreck. 5 prisoners appear to have escaped in the confusion.

Captured at Spotsylvania early in 1864, 52nd North Carolina Infantry soldier James Tyner was in the Elmira camp at this time. Tyner’s brother William was one of the prisoners on board #171. He was badly injured in the wreck, surviving only long enough to avoid the 76′ trackside trench outside of Shohola. William Tyner died three days later in Elmira, never having regained consciousness.

I’ve always wondered if the brothers saw each other, that one last time. James Tyner was my Grandfather twice removed, one of four brothers who went to war for what each saw as his nation, in 1861.

Afterward
Two Confederate soldiers, the brothers John and Michael Johnson, died overnight and were buried in the Congregational church yard across the Delaware river, in Barryville, New York. The remaining POWs killed immediately or shortly thereafter were buried in a common grave that night, alongside the track. Individual graves were dug for the 17 Union dead, and they too were laid alongside the track. 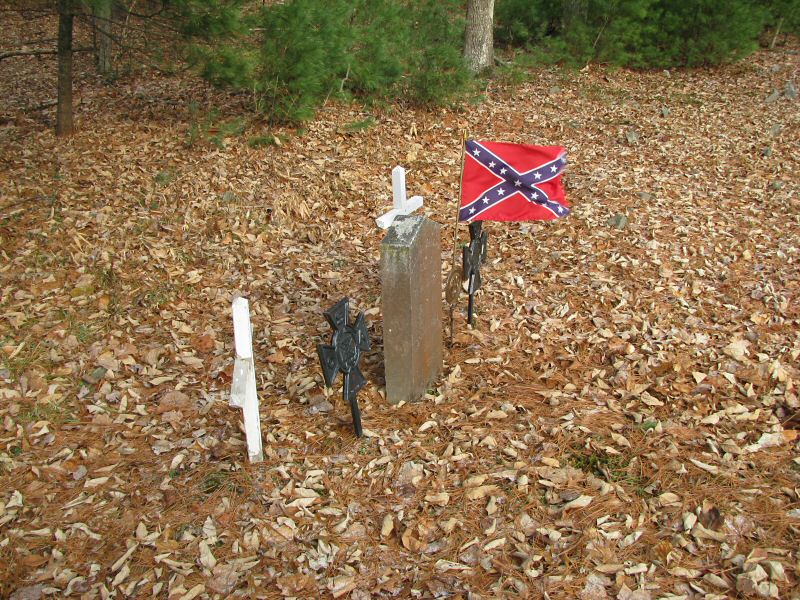 As the years went by, signs of all those graves were erased. Hundreds of trains carried thousands of passengers up and down the Erie Railroad, ignorant of the burial ground through which they passed.

The “pumpkin flood” of 1903 scoured the rail line uncovering many of the dead, carrying away at least some of their mortal remains, along with thousands of that year’s pumpkin crop.

On June 11, 1911, the forgotten dead of Shohola we’re disinterred and reburied in mass graves in the Woodlawn National Cemetery, in Elmira, New York.  Site of the largest mixed mass grave, of the Civil War era.