In 1916, German policy vacillated between strict adherence to prize rules and unrestricted submarine warfare. The first put their people and vessels at extreme risk, the second threatened to bring the United States into the war. 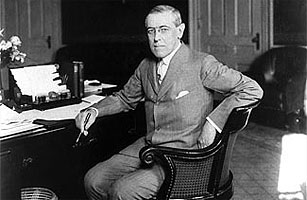 In the early days of WWI, Imperial Germany attempted to comply with standards of maritime warfare, as established by the Hague Conventions of 1899 and 1907.

The “unprovoked” sinking of noncombatant vessels, including the famous Lusitania, in which 1,198 passengers lost their lives, became a primary justification for war.  The German Empire, for her part, insisted that many of these vessels carried munitions intended to kill Germans on European battlefields.

Underwater, the submarines of WWI were slow and blind, on the surface, vulnerable to attack.  In 1916, German policy vacillated between strict adherence to prize rules and unrestricted submarine warfare.  The first put their people and vessels at extreme risk, the second threatened to bring the United States into the war. 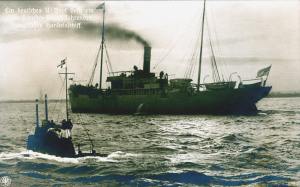 In 1916, President Woodrow Wilson won re-election with the slogan “He kept us out of war”, a conflict begun in Europe, two years earlier.

In a January 31, 1917 memorandum from German Ambassador Count Johann von Bernstorff to US Secretary of State Robert Lansing, the Ambassador stated that “sea traffic will be stopped with every available weapon and without further notice”, effective the following day. The German government was about to resume unrestricted submarine warfare.

Anticipating this resumption and expecting the decision to draw the United States into the war, German Foreign Secretary Arthur Zimmermann delivered a message to the German ambassador in Mexico, Heinrich von Eckardt. The telegram instructed Ambassador Eckardt that, if the United States seemed likely to enter the war, he was to approach the Mexican Government with a proposal for military alliance, promising “lost territory” in Texas, New Mexico, and Arizona in exchange for a Mexican declaration of war against the United States. 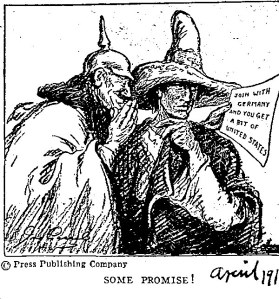 The “Zimmermann Telegram” was intercepted and decoded by British intelligence and revealed to the American government on February 24. The contents of the message outraged American public opinion and helped generate support for the United States’ declaration of war.

President Woodrow Wilson delivered his war message to a joint session of Congress on April 2, saying that a declaration of war on Imperial Germany would make the world “safe for democracy”. Congress voted to support American entry into the war on April 6, 1917. The “Great War”, the “War to end all Wars”, had become a world war.

At the time, a secondary explosion within the hull of the Lusitania, caused many to believe the liner had been struck by a second torpedo.  In 1968, American businessman Gregg Bemis purchased the wreck of the Lusitania for $2,400, from the Liverpool & London War Risks Insurance Association.   In 2007 the Irish government granted Bemis a five-year license to conduct limited excavations at the site. 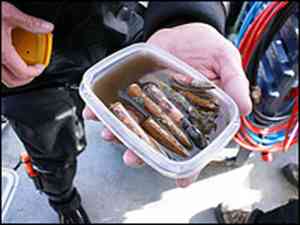 Twelve miles off the Irish coast and 300’ down, a dive was conducted on the wreck in 2008.   Remote submersible operators discovered some 4,000,000 rounds of Remington .303 ammunition in the hold, proof of the German claim that Lusitania was, in fact, a legitimate target under international rules of war.  The UK Daily Mail quoted Bemis:  “There were literally tons and tons of stuff stored in unrefrigerated cargo holds that were dubiously marked cheese, butter and oysters’”.

American historian, author and journalist Wade Hampton Sides accompanied the expedition.  “They are bullets that were expressly manufactured to kill Germans in World War I” he said, “bullets that British officials in Whitehall, and American officials in Washington, have long denied were aboard the Lusitania.'”

Montana Republican Jeannette Pickering Rankin, a life-long pacifist and the first woman elected to the United States Congress, would be one of only fifty votes against entering WWI.  She would be elected to her second (non-contiguous) term in 1940, in time to be the only vote against entering WWII, following the Japanese attack on the United States’ Pacific anchorage at Pearl Harbor.