I can’t imagine many Allied soldiers ever tried to serenade their Nazi adversaries during World War II. The ones who actually pulled it off must number, precisely, one. 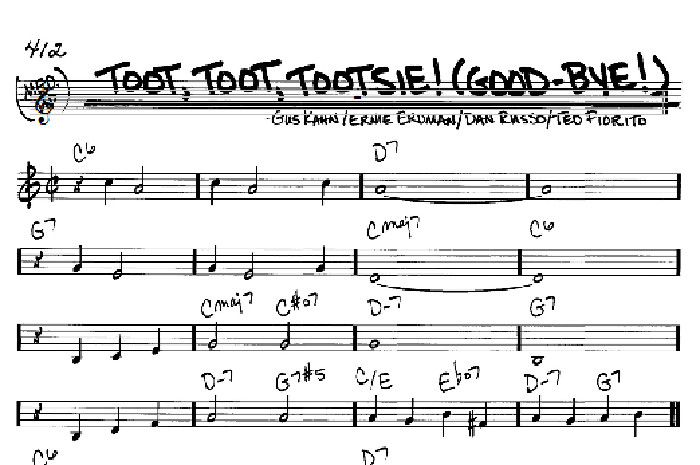 James and Kate Kaminski’s little bundle of joy came into the world on June 26th 1926, in Brooklyn. They named this, their fourth son, Melvin James. James died of tuberculosis at 34, when the boy was only two. A small Jewish kid growing up in a tough Brooklyn neighborhood, Kaminsky learned the value of being able to crack a joke. “Growing up in Williamsburg”, he said, “I learned to clothe it in comedy to spare myself problems—like a punch in the face”.

The boy had a talent for music. He was taught by another kid from Williamsburg, Buddy Rich.  By 14 he was good enough to be playing drums for money. 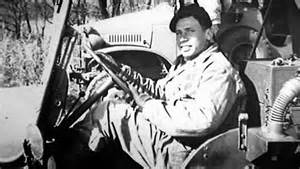 Melvin attended a year at Brooklyn College before being drafted into the Army, in WWII. After attending Army Specialized Training at VMI, Corporal Kaminsky joined the 1104th Combat Engineers Battalion, 78th Infantry Division in the European theater.  There, he served through the end of the war. Most of his work was in finding and defusing explosives, though on five occasions his unit had to drop their tools and fight as Infantry.

At one point Kaminsky’s unit gathered along a River. They were so close they could hear 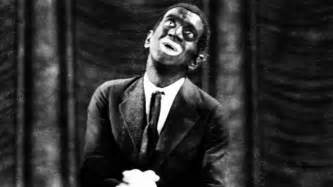 German soldiers singing a beer hall song, from the other side. Kaminsky grabbed a bullhorn and serenaded the Germans back, singing them an old tune that Al Jolson used to perform in black face, “Toot Toot Tootsie, Goodbye”.  Polite applause could be heard from across the river, afterward. I can’t imagine many Allied soldiers ever tried to serenade their Nazi adversaries during World War II.  The ones who actually pulled it off must number, precisely, one.

Kaminski went into show business after the war, playing drums and piano in the Borscht Belt resorts and nightclubs of the Catskills. It was around this time that he took his professional name, adopting his mother’s maiden name of Brookman and calling himself “Mel Brooks”.

Brooks started doing stand-up, when the regular comedian at one of the clubs was too sick to perform. By ’49 he was “Tummler”, the master entertainer at Grossinger’s, one of the most famous resorts in the Borscht Belt.  He was making $50 a week writing for his buddy Sid Caesar and his NBC “The Admiral Broadway Review”. 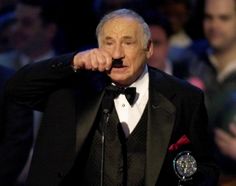 In 1968, Mel Brooks wrote and produced the satirical comedy film “The Producers”, about a theatrical producer and an accountant who set out to fleece their investors. The scheme was to do a play so bad that it was sure to flop on Broadway, then to abscond to Brazil with their money when the play closed. Problem was, the show turned out to be a hit. The fictional play is a musical, called “Springtime for Hitler”. Even before the age of suffocating PC, I don’t know many guys beside Mel Brooks, who could have gotten away with that one. 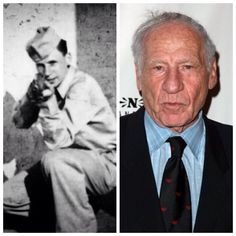 There isn’t one of us who doesn’t know his work. From the 2,000 year old man with “over forty-two thousand children, and not one comes to visit me” to Blazing Saddles’ “Candygram for Mongo” (“Mongo likes candy”).

Brooks has risen to the top of his chosen profession, winning the coveted “EGOT”, an acronym for the entertainment industry’s four major awards, the Emmy, Grammy, Oscar and Tony. Only eleven others have ever risen to this level: Richard Rodgers, Helen Hayes, Rita Moreno, John Gielgud, Audrey Hepburn, 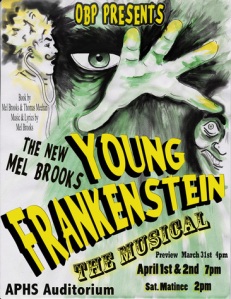 Marvin Hamlisch, Jonathan Tunick, Mike Nichols, Whoopi Goldberg, Scott Rudin, and Robert Lopez.  As of this date, Brooks only needs another Oscar to be the first “Double EGOT” in history.

Melvin Kaminsky will be 92 in a couple of months. Last year, March 31, 2016, the Averhill Park K-12 School District in upstate New York kicked off a three day production of “Young Frankenstein”.  Let me know if you can think of another 92-year-old guy, who remains that current.  I can’t think of one.