Ordinary flu strains prey most heavily on children, elderly, and those with compromised immune systems. Not this one. 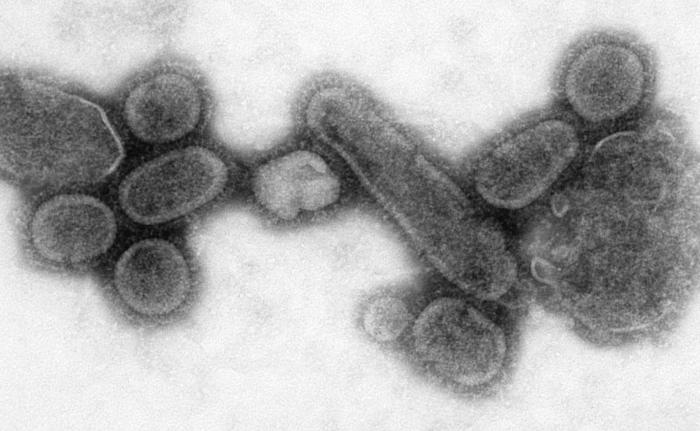 In the world of virology, “Antigenic Drift” describes changes which happen slowly, the random mutation of virus DNA which takes place over months, or years. It’s why we get a new flu vaccine every year, even though there’s already some level of “herd immunity”.

“Antigenic Shift” occurs when two or more DNA strands combine, instantaneously forming a new virus sub-type. Like the dealer at some giant, cosmic poker table, this process may deal us a pair of twos. Occasionally, fate deals us aces & eights. The death hand.

When the “Great War” broke out in 1914, US Armed Forces were small compared with the mobilized forces of European powers. The Selective Service Act, enacted May 18, 1917, authorized the federal government to raise an army for the United States’ entry into WWI. Two months after the American declaration of war against Imperial Germany, a mere 14,000 American soldiers had arrived “over there”. Eleven months later, that number stood at well over a million.

General “Black Jack” Pershing insisted that his forces be well trained before deployment. New recruits poured into training camps by the tens of thousands, while somewhere, some microscopic, chance recombination of surface proteins created a new virus, novel to almost every immune system in the world.

On the morning of March 11, 1918, most of the recruits at Fort Riley, Kansas, were turning out for breakfast. Private Albert Gitchell reported to the hospital, complaining of cold-like symptoms of sore throat, fever and headache. By noon, more than 100 more had reported sick with similar symptoms.

Ordinary flu strains prey most heavily on children, elderly, and those with compromised immune systems. Not this one. This flu would kick off a positive feedback loop between small proteins called cytokines, and white blood cells. This “cytokine storm” resulted in a death rate for 15-34 year olds 20 times higher in 1918, than in previous years. Perversely, it was their young and healthy immune systems that were most likely to kill them.

Physicians described the most viscous pneumonia they had ever seen, death often coming

within hours of the first symptoms. There’s a story about four young, healthy women playing bridge well into the night. By morning, three were dead of influenza.

Over the next two years, this strain of flu infected one in every four people in the United States, killing an estimated 675,000 Americans. Eight million died in Spain alone, following an initial outbreak in May. Forever after, the pandemic would be known as the Spanish Flu.

“I had a little bird,
Its name was Enza.
I opened the window,
and in-flu-enza”.

In the trenches, the flu cut down combatants on every side. “Operation Michael”, the final, no holds barred German offensive that would determine the outcome of the war, launched from the Hindenburg line in March. Crown Prince Rupprecht wrote in August that “poor provisions, heavy losses, and the deepening influenza have deeply depressed the spirits of men in the 3rd Infantry Division”.

Some sources indicate that as many as half of the Americans killed in WWI, died of the flu.
The parades and parties following the cease fire in November threw gasoline on the fire. The end of war was a complete disaster from a public health standpoint. Millions more contracted the flu and thousands more died. President Wilson himself fell ill, while participating in 1919 treaty negotiations in Versailles.

Around the planet, the Spanish flu infected 500 million people. A third of the population of the entire world, at that time. Estimates run as high 50 to 100 million killed. For purposes of comparison, the “Black Death” of 1347-51 killed 20 million Europeans.

History has a way of swallowing some events whole, like they never happened. Today, the Spanish flu is all but overshadowed by the Great War, even though in the end, the flu pandemic of 1918-19 proved a far deadlier adversary, than the war itself.