Doohan practiced voices and accents ever since he was a kid, and he was good at it. The skills he acquired would serve him well in his later acting career.

Born March 3, 1920 in Vancouver, British Columbia, James Montgomery “Jimmy” Doohan enrolled in the 102nd Royal Canadian Army Cadet Corps in 1938. By the outbreak of WWII he was commissioned a Lieutenant in the 14th Field Artillery Regiment of the 3rd Canadian Infantry Division.

Doohan’s first taste of combat took place on D-Day, on the Normandy beach Canadian landing forces knew as “Juno”. Crossing through a field of anti-tank mines, the Canadian’s luck held.  None of them were heavy enough to set one off.  Leading his men to higher ground, Lieutenant Doohan personally shot two German snipers, before taking up positions for the night.

That night, Doohan had just finished a cigarette and was walking back to his command post.  A nervous sentry opened up on him with a Bren light machine gun, striking him four times in the leg, once in the chest and again on the middle finger of his right hand. The chest shot hit the cigarette case his brother had given him for good luck, and doctors were able to save his life.  Not so much for the finger. That had to be amputated. He would always hide the injury in his later life. 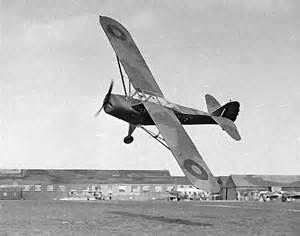 After healing up, Doohan served as courier and artillery spotter, aboard a Taylorcraft Auster Mark IV.  In the spring of 1945, he slalomed his aircraft between telegraph poles, just to prove that it could it be done.  Though the man was never an actual member of the CAF, the stunt forever marked him as “the craziest pilot in the Canadian Air Force”.

Doohan practiced voices and accents ever since he was a kid, and he was good at it. The skills he acquired would serve him well in his later acting career.

He heard a radio drama after the war. Knowing he could do it better, Doohan recorded his voice at a local radio station, winning a two year scholarship to study at the Neighborhood Playhouse in New York and studying with the likes of Leslie Nielsen, Tony Randall, and Richard Boone.

Doohan appeared in over 4,000 radio programs and 450 television shows throughout the forties and fifties. Coincidentally, Doohan played “Timber Tom”, the northern version of Buffalo Bob, in the Canadian production of Howdy Doody. About the same time that a young actor named William Shatner was playing Ranger Bill in the American version. The two would appear together on the 1950s Canadian science fiction series “Space Command”. It wasn’t the last time the two would appear together.

Auditioning before Gene Roddenberry in 1965, Doohan performed several accents. Asked which he preferred, he responded “If you want an engineer, in my experience the best engineers are Scotsmen.” He chose the name “Montgomery Scott”, after his grandfather.

Chief Engineer aboard the Starship Enterprise was supposed to be an occasional role, but Doohan’s character proved irresistible.

Soon he was #3 in command, a regular cast member playing alongside William Shatner (Captain James T. Kirk), Leonard Nimoy (Spock) and DeForest Kelley (Dr. McCoy).  Doohan’s voice talents helped behind the scenes as well.  It was he who helped develop the Klingon and Vulcan languages.

Star Trek was canceled in 1969 due to poor ratings, but returned to broadcast syndication in the 70s.  The series has since become a cult classic. There is hardly a woman, man, puppy boy or girl who isn’t steeped and marinated in the program.

The “Scotty” character was so iconic, that many fans credit him with their interest in the technical fields.  Among them was the engineer-turned-astronaut Neil Armstrong, who personally thanked him in 2004.

Doohan’s health declined in his later years. He developed Parkinson’s disease and diabetes, along with fibrosis of the lung, blamed on his exposure to noxious chemicals during WWII. He was experiencing symptoms of Alzheimer’s by 2004, though he was able to attend the ceremony held in his honor after receiving a star on the Hollywood Walk of Fame, that August.

James Montgomery Doohan passed away on July 20, 2005, survived by third wife Wende, their three children, his four adult children from a previous marriage, and several grandchildren and great-grandchildren. His youngest daughter, Sarah, was five at the time of his death.

On April 29, 2007, a SpaceLoft XL rocket lifted off from the Spaceport America launchpad in Las Cruces.  Onboard were the ashes of astronaut Gordon Cooper, and James Montgomery Doohan.  Cooper’s wife Suzan and Wende Doohan pushed the launch button.

In Linlithgow, Scotland, there is a museum, claiming the West Lothian town as the future birthplace of chief engineer Montgomery Scott.  He will be born there, in 2222.