For those of us who rooted for the New England Patriots during the losing years, the 1986 Super Bowl XX was the worst moment ever. We all had our “Berry da Bears” shirts on. Life was good when New England took the earliest lead in Super Bowl history, with a field goal at 1:19. After that, the room got quiet. Real quiet.

The term “Blowout” was first applied to sports in 1965, to describe a 40-minute inning in which the St. Louis Cardinals scored seven unearned runs in a 12-2 victory over the Milwaukee Braves. Over time, there have been plenty games that deserve that description.

The most lopsided college football game ever was in 1916, when Georgia Tech rushed for 1,650 yards and didn’t allow a single first down by Cumberland College. Final score, 222-0.

In 1927, Kansas City’s Haven High School beat Sylvia High 256-0. In a record-setting season of blowouts, the 1901 Michigan Wolverines football team defeated all opponents by a combined score of 550-0.

In 1940, Chicago Bears coach George Halas showed his players newspaper clippings, in which the Washington Redskins’ owner called Bears players “crybabies and quitters” after losing 7-3 in regular season. Chicago went on to beat Washington 73-0 in post-season, in a game so lopsided it had to be finished with practice balls. Chicago had kicked them all into the stands, kicking extra points.

The Chicago Colts of the National League defeated Louisville, 36-7 in 1897. The modern Major League Baseball record for margin of victory was set in 2007, when the Texas Rangers defeated the Baltimore Orioles, 30-3. Those 30 runs are also a modern-era record for runs scored in a nine-inning MLB game by one team.

On this day in 1956, the Minnesota Lakers scored one of the most lopsided round ball victories ever over the St. Louis Hawks, 133-75. The blowout was second only to the 1991 Cleveland Cavaliers victory over the Miami Heat, 148-80. 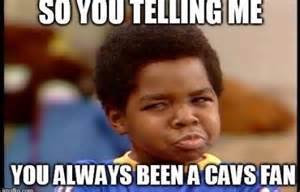 In 2009, Dallas’ Christian Covenant High School girls basketball skunked Dallas Academy, 100-0. The victory was widely condemned: Dallas Academy, a school for students with learning disabilities, had a team of eight out of an entire student body population of 20 girls, yet Covenant continued a full-court press with three-point shots well after taking a halftime lead of 59-0. Covenant’s administration called for a forfeit of its own win, calling it “shameful and an embarrassment.” The coach was fired after he declined to apologize.

Three players have won PGA Tour matches by 16 strokes: J.D. Edgar at the 1919 Canadian Open; Joe Kirkwood, Sr., at the 1924 Corpus Christi Open; and Bobby Locke at the 1948 Chicago Victory National Championship. Tiger Woods has the largest margin of victory in the modern era, with a 15-stroke win at the 2000 U.S. Open.

The Detroit Red Wings beat the New York Rangers 15-0 in 1944, but some of the worst sports disasters ever, have been in international hockey. The 2007 Slovakia women’s team defeated Bulgaria 82-0 in a 2010 Winter Olympics qualifying tournament.  At the 1998 Asia-Oceania Junior Championships, South Korea skunked Thailand 92-0. South Korean forward Donghwan Song scored 31 goals, by himself. 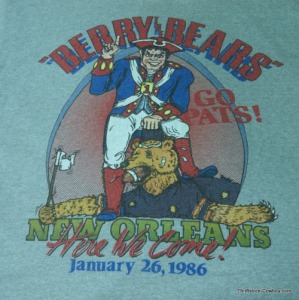 For those of us who rooted for the New England Patriots during the losing years, the 1986 Super Bowl XX was the worst moment ever. We all had our “Berry da Bears” shirts on. Life was good when New England took the earliest lead in Super Bowl history, with a field goal at 1:19.

After that, the room got quiet. Real quiet.  New England was held to -19 yards in the first half.  Game MVP went to a defensive end with the perfect name of Richard Dent, as “Da Bears” set or tied Super Bowl records for sacks (7) and fewest rushing yards allowed (also 7). Final score, 46-10.

It was the most humiliating loss in Super Bowl history, until the Denver Broncos took us out of our misery with a 55-10 loss to the San Francisco 49ers, in Super Bowl XXIV.