The witchcraft hysteria launched by the Spanish Inquisition would dwarf what was to come in the English colony. 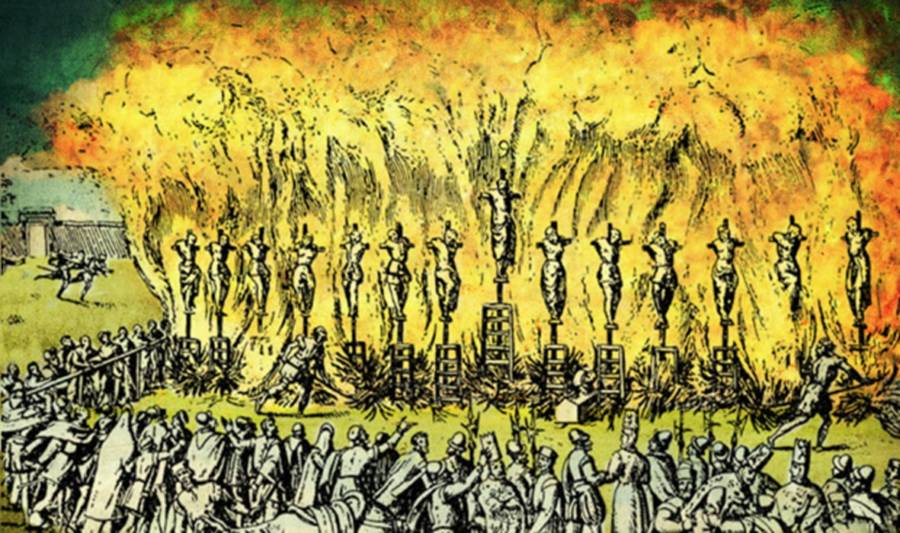 Four years before the Salem witch trials of 1692, Goodwife Ann “Goody” Glover and her young daughter worked as housekeepers, for the Goodwin family of Boston.   13-year-old Martha, one of the Goodwin girls, accused the younger Glover of stealing fabric. Ann’s daughter ran out in tears, which earned Martha a rebuke from Ann Glover. Four of the five Goodwin children soon began to writhe and carry on in a manner destined to become familiar, four years later. Their doctor concluded “nothing but a hellish Witchcraft could be the origin of these maladies.”

Glover’s Gaelic was far better than her English, and the two “Irish speakers” hired to translate, probably made some of it up as they went along.  For Ann Glover, the final straw was her inability to complete the Lord’s Prayer. What may seem to the modern mind as mere doctrinal differences were at one time matters of life-and-death. As a Catholic, she was either unable or unwilling to complete the prayer with the Protestant doxology, “For thine is the kingdom, and the power, and the glory, forever, Amen”. It doesn’t exist in the Catholic recitation.

The witchcraft hysteria to strike Massachusetts’ North Shore communities of Danvers, Ipswich, Andover and Salem four years later ended the lives of five men and fourteen women at the end of a rope, on Gallows Hill. As many as 17 more died in the tiny, freezing stone compartments that passed for jail cells. 81-year-old Giles Cory was “pressed” to death over two days and nights, as rocks were piled on his chest to extract his confession. Knowing that his possessions were forfeit to his tormentor should he confess; Cory’s only response was “more weight”.

A persistent myth holds that victims of the Salem witchcraft hysteria were burned at the stake, but English law in the North American colonies, forbade it. All the convicted witches of 1692, died by hanging.

Not so one hundred years earlier, across the Atlantic. The witchcraft hysteria launched by the Spanish Inquisition would dwarf what was to come in the English colony.

The Spanish Inquisition was one of several such inquisitions, launched to root out “heretics” between the 12th and 19th centuries. The Inquisitional system was based on ancient Roman law and carried out by the Latin church from Mexico to Peru to the Portuguese colony of Goa, in India. The overwhelming majority of sentences handed down by the inquisition, demanded penances such as wearing a cross sewn into the clothing, scourging, or going on pilgrimage. When a suspect was convicted of unrepentant heresy, the inquisitional tribunal was required by law to hand the condemned over to secular authorities for execution of sentence, which may include imprisonment, banishment, or burning at the stake. 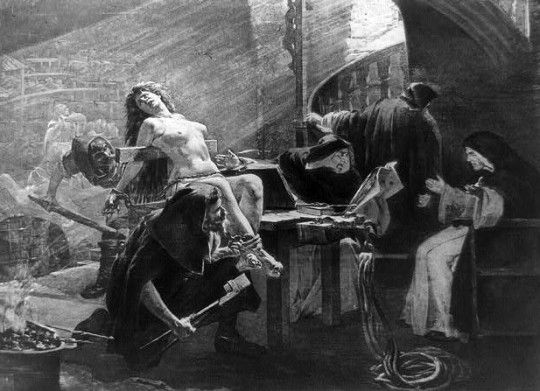 The Italian astronomer Galileo Galilee was tried by the Roman inquisition in 1633 and held under house arrest until his death in 1642, for the heretical belief that the earth revolved around the sun. The last victim of the Inquisition was in Spain in 1826, when schoolteacher Cayetano Ripoll was executed by garrote, for teaching Deism in his school.

Interestingly, there seems zero evidence that either the Greek or the Russian Orthodox Church, ever conducted an inquisition.

Belief in witches was widespread in pre-Christian Europe but largely absent from the first thirteen hundred years of Christian thought. The medieval Church distinguished between “white” and “black” magic, and local folk practice mixed with appeals to patron saints to ward off disease, protect livestock and ensure a bountiful harvest. The vehement denunciation of witches was more a product of the late medieval and early renaissance periods, due to plague outbreaks and changes in weather brought about by the Little Ice Age.

The Malleus Maleficarum or “Hammer of the Witches” written in 1486 by Dominican priest Heinrich Kramer, elevated witchcraft to criminal status and advocated for its extermination. Kramer himself was expelled from Innsbruck for his beliefs and described as “senile”, but the work would have lasting effect. 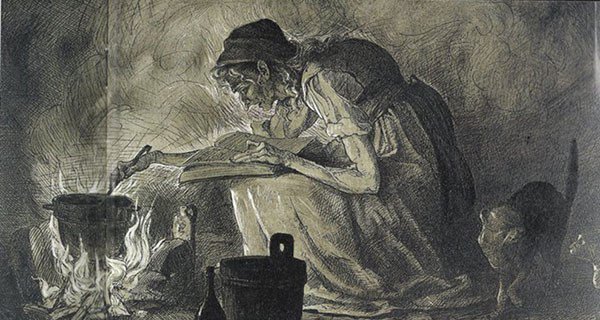 Educated Spaniards of the era considered witchcraft to be a Protestant superstition. The Spanish Inquisition, launched in 1478 to protect Catholicism as the One True Faith, went first after forced converts from Islam (Moriscos) and Judaism (Marranos) suspected of lapsing into their prior faith.

In 1609, the French judge Pierre de l’Ancre conducted a massive witch hunt in Labourd, a formerly French territory in the Basque Provinces of Spain. De l’Ancre has been described as “ridiculous”, an “obsessed fanatic”. In the year of his judgeship, seventy people were burned at the stake including several priests. Even then he wasn’t satisfied, believing as many as 3,000 witches had escaped his grasp;  10% of the entire population of Labourd, at that time.

The following year, witch trials began in the northern Spanish cities of Logroño, and Navarre. In Salem, Puritans investigated only a few hundred suspected witches, resulting in the death of 20. During the Basque witch trials of 1610-’14, some 7,000 would be examined by the Inquisition on charges of witchcraft and sentenced to auto-da-fé, a ritualized, public penance after the performance of which, the condemned would learn their fate. 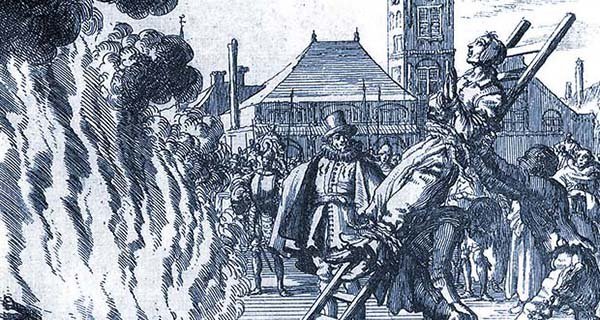 Of 44,674 cases tried by the Spanish inquisition, 826 resulted in burning at the stake. Another 778 died by torture and were burned, in effigy.

In August 1614, the central office of the Inquisition ordered that all witch trials be dismissed in Logroño, and introduced new and more rigorous standards of evidence.  Back in Massachusetts, the state declared a day of fasting on January 14, 1699, in memory of the wrongful persecutions from 1688-’92.

Sometime in the 1830s, the writer Nathaniel Hawthorne added the “W” his name, distancing himself from his twice-great grandfather and Salem witch trial judge, John Hathorne.  None of it did a lick of good for the poor collection of oddballs and outcasts, done to death in the earlier period.