“One of the strongest natural proofs of the folly of hereditary right in kings, is, that nature disapproves it, otherwise she would not so frequently turn it into ridicule by giving mankind an ass for a lion”.  – Thomas Paine, Common Sense 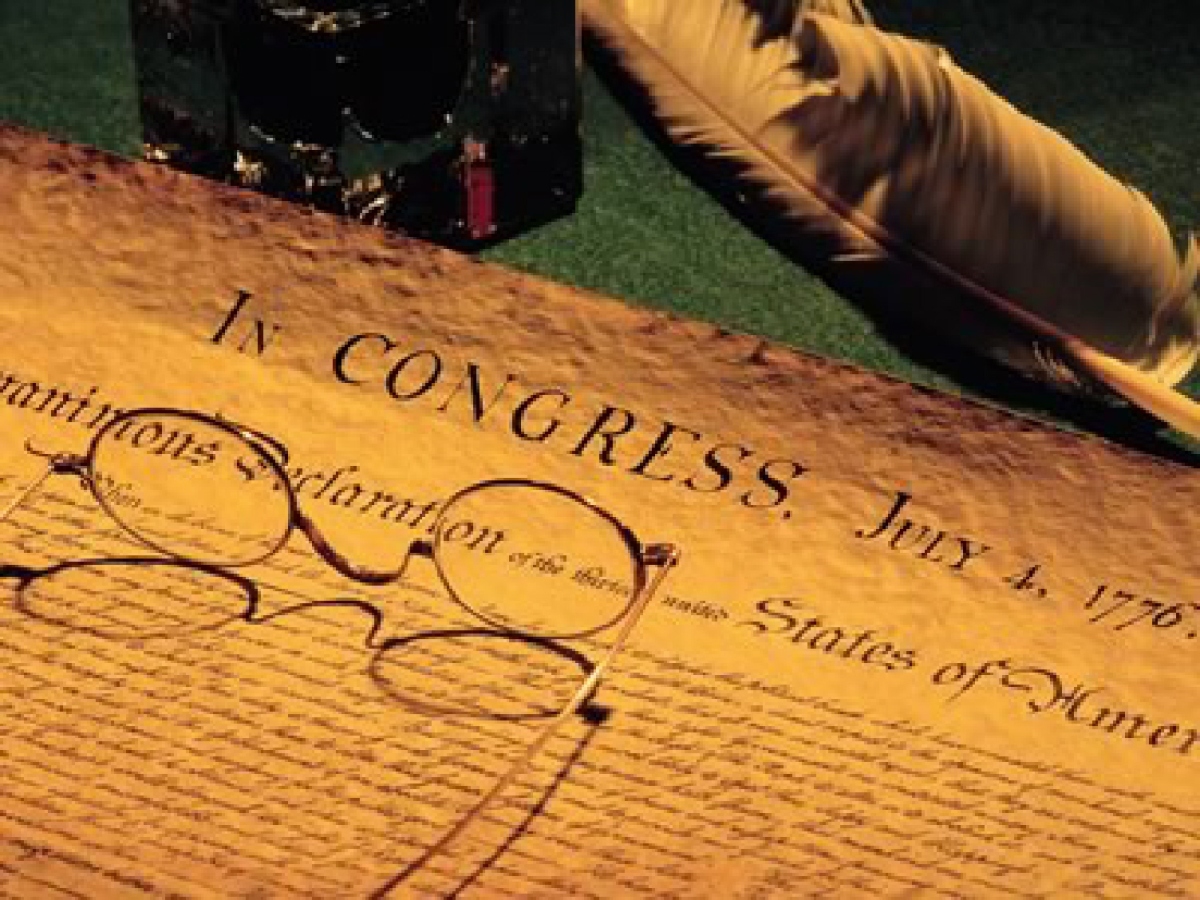 The Declaration of Independence, the birth certificate of the nation, begins with this preamble: “When in the Course of human events, it becomes necessary for one people to dissolve the political bands which have connected them with another...”.

The next paragraph leads with the phrase most commonly cited:

“We hold these truths to be self-evident, that all men are created equal, that they are endowed by their Creator with certain unalienable Rights, that among these are Life, Liberty and the pursuit of Happiness”.

The paragraph ends with a personal indictment of one man, followed by a 27-item Bill of Particulars against him.  “The history of the present King of Great Britain is a history of repeated injuries and usurpations, all having in direct object the establishment of an absolute Tyranny over these States. To prove this, let Facts be submitted to a candid world“.

The word “He” appears 19 times in the document.  “Tyrant” is used twice and “ruler”, only once:  “A Prince whose character is thus marked by every act which may define a Tyrant, is unfit to be the ruler of a free people”.

The overall tenor of the document is a personal indictment of one man, George III, King of England.  Thomas Paine wrote of the King in “Common Sense”, the pamphlet which inspired a people to rise up in the summer of 1776:  “One of the strongest natural proofs of the folly of hereditary right in kings, is, that nature disapproves it, otherwise she would not so frequently turn it into ridicule by giving mankind an ass for a lion”.

George III became something of a lighting rod for colonial discontent, held personally responsible for policies brought forth by the British legislative body. The Stamp Act of 1765, the Townshend duties on tea, paper and other products in 1767;  these came from Parliament, as did the “Coercive Acts” of 1774, referred to by the Patriots of Massachusetts and others as “The Intolerable Acts”.

These policies were a result of the financial burdens of garrisoning and administering the huge territories of the American colonies, the never-ending wars with France and Spain, and the loans given to the East India Company, then responsible for administering India.

George III is the longest reigning of any English King, ruling from 1760 until his death on January 29, 1820.  He is exceeded in office only by his Granddaughter Victoria, the last monarch of the House of the Hanoverian Dynasty and Elizabeth II, reigning Queen of the United Kingdom and the other Commonwealth realms.

Medical historians have long believed that George III suffered from a genetic blood disorder called Porphyria, a term from the Greek meaning “purple pigment”.  This refers to a blue discoloration in the urine of those suffering from the condition, along with symptoms primarily involving the central nervous system, and accompanied by severe abdominal pain, vomiting and mental disturbances.

The illness seems to have afflicted George III alone however, casting doubt on an hereditary condition.  George III’s medical records cast further doubt on the porphyria diagnosis, showing that he was prescribed medicine based on gentian, a plant with deep blue flowers which may turn the urine blue. He seems to have been afflicted with some kind of mental illness, suffering bouts which occurred with increasing severity and for increasing periods of time.  At times he would talk until he foamed at the mouth or go into convulsions where pages had to sit on him to keep the King from injuring himself.

An ongoing research project at St George’s, University of London, has looked at thousands of King George III’s handwritten letters, and concluded that the King suffered from mental illness.  His writing was erratic at times coinciding with his “spells”, with run-on sentences of 400 words or more and as many as 8 verbs with no punctuation.  These are features seen today in the writing and speech of patients as they experience the manic phase of bipolar disorder.  This manic phase stands at one end of a spectrum of mood disorders, with an overwhelming sadness or depression at the other.  Research is ongoing, but these types of mood swings are consistent with contemporary witnesses to George’s behavior, as well as the written record.

All but blind from cataracts and suffering a painful rheumatic disorder, George’s final descent was triggered by the death of his youngest and favorite daughter Princess Amelia, at age 27.  In November 1810, the Princess’s nurse reported “scenes of distress and crying every day …  melancholy beyond description.”

George himself accepted the Regent Act of 1811, appointing his eldest son the Prince of Wales and future King George IV, Prince Regent.  Britannica.com describes the last ten years as a “living death”, a period of violent insanity interspersed with “intervals of senile lucidity”.

The King neither knew nor would he have understood when he was appointed King of Hanover in 1814, nor when his wife died in 1818. On Christmas 1819, George spoke for fifty-eight hours straight, all of it, gibberish.

Engraving of George III in later life, by Henry Meyer

There is an historic lesson in this story.  If the country ruled by a King (or Queen) wins the lottery and gets a good and fair monarch, then that country may experience a period of peace and prosperity.  If that nation draws the cosmic short straw and gets a bad one, the results can be catastrophic.  In the end, it’s the most powerful argument I can think of for a governmental system of specified authority, diffuse power, and checks & balances.