On November 9, 2013, a 117 year-old bottle of rare, vintage cognac was cracked open, and enjoyed among a company of heroes.  If there is a more magnificent act of tribute, I cannot at this moment think of what it might be. 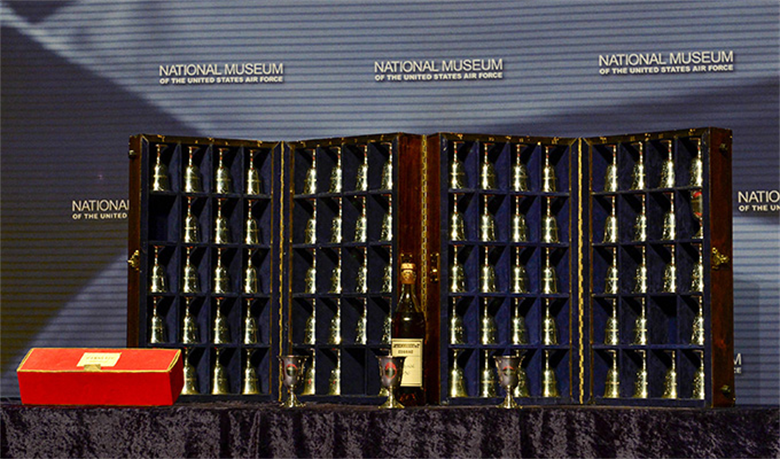 On November 9, 2013, there occurred a gathering of four.  A tribute to fallen heroes. These four were themselves heroes, and worthy of tribute.  This was to be their last such gathering.

This story begins on April 18, 1942, when a flight of sixteen Mitchell B25 medium bombers took off from the deck of the carrier, USS Hornet.   It was a retaliatory raid on Imperial Japan, planned and led by Lieutenant Colonel James “Jimmy” Doolittle of the United States Army Air Forces.  It was payback for the sneak attack on Pearl Harbor, seven months earlier.  A demonstration that the Japanese home islands, were not immune from destruction.

Launching such massive aircraft from the decks of a carrier had never been attempted, and there were no means of bringing them back.  With extra gas tanks installed and machine guns removed to save the weight, this was to be a one-way mission, into territory occupied by a savage adversary. 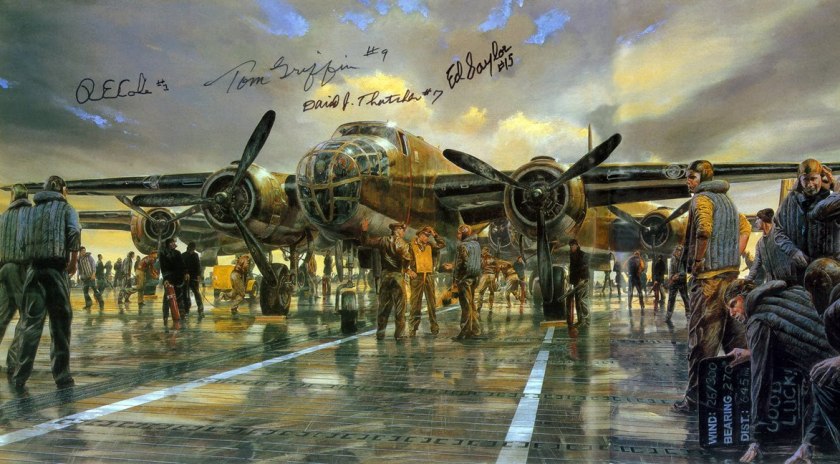 Fearing that mission security had been breached, the bomb run was forced to launch 200 miles before the intended departure spot.  The range made fighter escort impossible, and left the bombers themselves with only the slimmest margin of error.

Japanese Premier Hideki Tojo was inspecting military bases, at the time of the raid. One B-25 came so close he could see the pilot, though the American bomber never fired a shot.

After dropping their bombs, fifteen continued west, toward Japanese occupied China.  Unbeknownst at the time, carburetors bench-marked and calibrated for low level flight had been replaced in flight #8, which now had no chance of making it to the mainland.  Twelve crash landed in the coastal provinces.  Three more, ditched at sea.  Pilot Captain Edward York pointed flight 8 toward Vladivostok, where he hoped to refuel.  The pilot and crew were instead taken into captivity, and held for thirteen months. 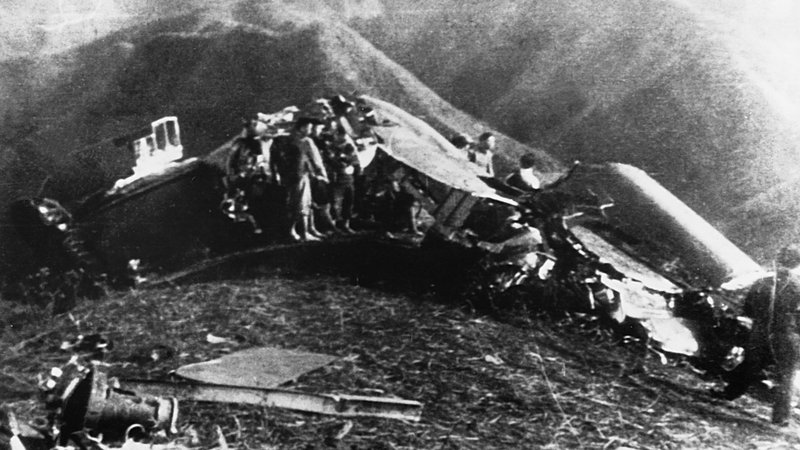 Crew 3 Engineer-Gunner Corporal Leland Dale Faktor died in the fall after bailing out and Staff Sergeant Bombardier William Dieter and Sergeant Engineer-Gunner Donald Fitzmaurice bailed out of aircraft # 6 off the China coast, and drowned.

The heroism of the indigenous people at this point, is a little-known part of this story.  The massive sweep across the eastern coastal provinces, the Zhejiang-Jiangxi campaign, cost the lives of 250,000 Chinese.  A quarter-million murdered by Japanese soldiers, in the hunt for Doolittle’s raiders.  How many could have betrayed the Americans and refused, will never be known.

Amazingly, only eight were captured, among the seventy-seven survivors.

Thirteen targets were attacked, including an oil tank farm, a steel mill, and an aircraft carrier then under construction.. Fifty were killed and another 400 injured, but the mission had a decisive psychological effect.  Japan withdrew its powerful aircraft carrier force to protect the home islands. Admiral Isoroku Yamamoto attacked Midway, thinking it to have been the jump-off point for the raid. Described by military historian John Keegan as “the most stunning and decisive blow in the history of naval warfare”, the battle of Midway would be a major strategic defeat for Imperial Japan.

Every year since the late 1940s, the surviving Doolittle raiders have held a reunion.  In 1959, the city of Tucson presented them with 80 silver goblets, each engraved with a name. They are on display at the National Museum of the Air Force, in Dayton Ohio.

With those goblets is a fine bottle of vintage Cognac.  1896, the year Jimmy Doolittle was born. There’s been a bargain among the survivors that, one day, the last two would open that bottle, and toast their comrades. 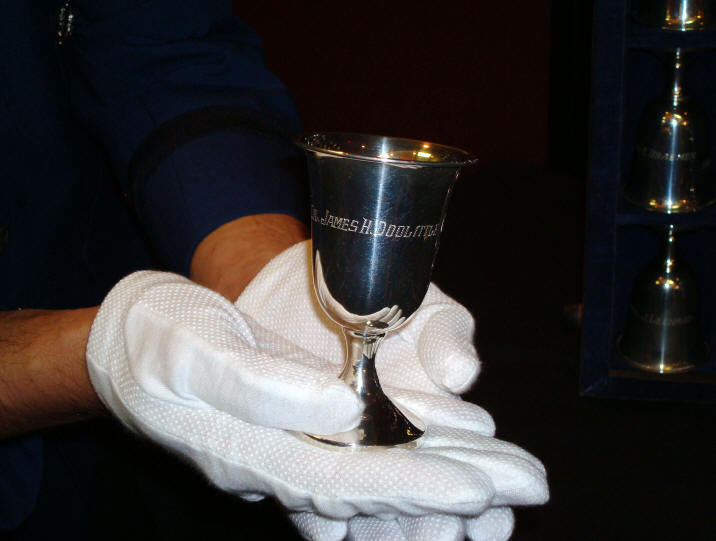 In 2013 they changed their bargain.  Just a little. Jimmy Doolittle himself passed away in 1993. Twenty years later, 76 goblets had been turned over, each signifying a man who had passed on.  Now, there were only four.

These four agreed that they would gather one last time.  It would be these four men who would finally open that bottle.

On November 9, 2013, a 117 year-old bottle of rare, vintage cognac was cracked open, and enjoyed among a company of heroes.  If there is a more magnificent act of tribute, I cannot at this moment think of what it might be.

On April 18, 2015, Richard Cole and David Thatcher fulfilled their original bargain, as the last surviving members of the Doolittle raid.  Staff Sergeant Thatcher passed away on June 23, 2016, at the age of 94.  As I write this, only one of those eighty goblets remains upright.  Lieutenant Colonel Richard Cole, co-pilot to mission leader Jimmy Doolittle himself, is 103.  He is the only living man on the planet, who has earned the right to open that rare and vintage cognac.