He was a Kaiju, a Japanese word meaning “strange creature”, more specifically a “daikaiju”, meaning a really, really big one. 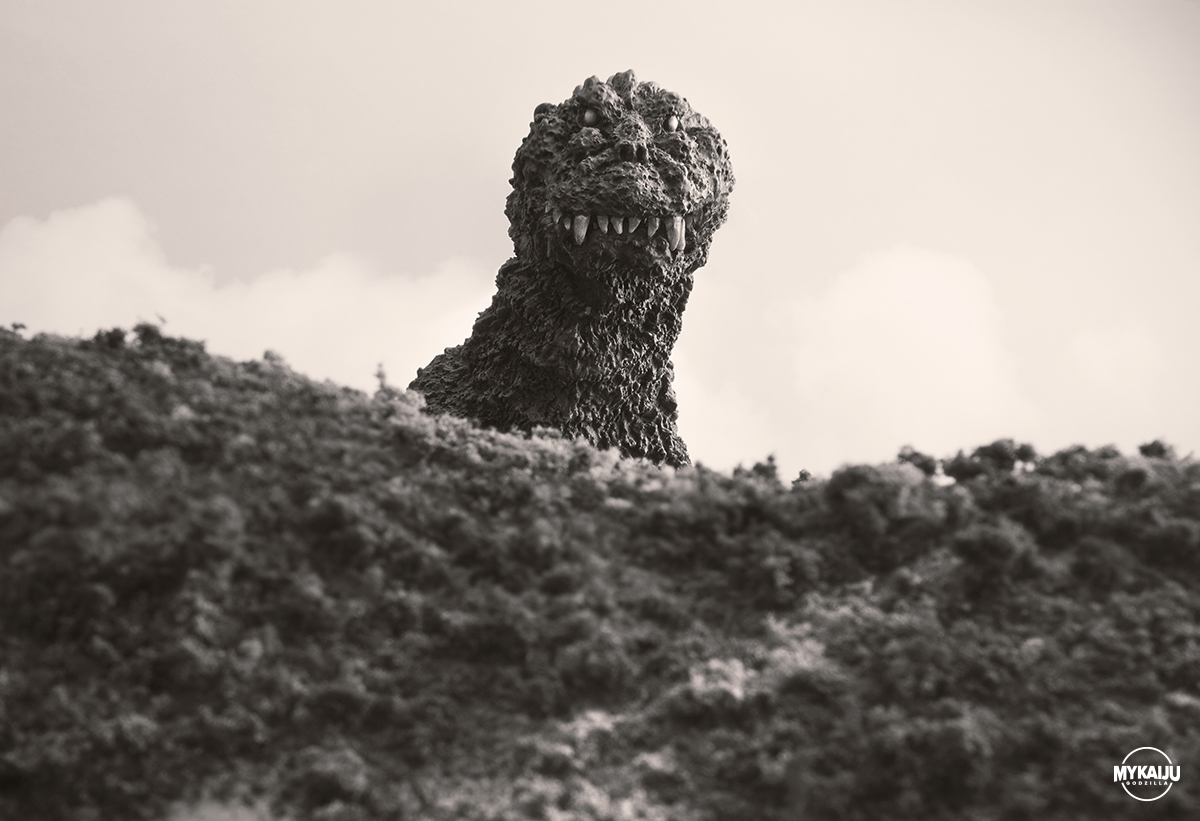 In 1954, the fishing boat Daigo Fukuryū Maru (“Lucky Dragon No.5”) was working the grounds near the Marshall Islands, in the equatorial Pacific. At 6:45am local time, March 1, 23 fishermen were witness to “Castle Bravo”,  a thermonuclear test explosion that lit up the western sky “like a sunrise”.  Then came the sound the explosion.  The TX-21 device with a predicted yield of 6 megatons, and code named “Shrimp”.

For eight minutes, these twenty-three men watched the mushroom cloud rise into the sky.  An hour and one-half later came the fallout, the fine white dust, calcinated coral of the Bikini atoll, falling like snow from the sky.

None of the twenty-three crew members of the Lucky Dragon recognized the material as hazardous, and made no effort to avoid exposure.  Some even tasted the stuff.

A few fishermen developed acute radiation sickness, over the next three days.   By the time of their return to Yaizu on the 14th, all 23 were suffering from nausea, headaches, bleeding from the gums, and other symptoms.  One was destined to die of a liver disorder on September 23,  a complication of radiation sickness.  They had entered the ranks of the “hibakusha”.  The “explosion-effected people”.

The atomic explosions at Hiroshima and Nagasaki were only nine years in the past at this time, and a fierce anti-nuclear sentiment was building in Japan. In this context, there arose a metaphor for all that destruction. Literally rising from the sea, this product of the Japanese entertainment industry took the form of a monster. “Godzilla”, Ishirō Honda’s first film released by Toho Studios, this day in 1954.

The name is a portmanteau, two words combined to form a third, of the Japanese word “gorira”, (gorilla), and “kujira”, meaning whale.  Godzilla was the Gorilla Whale, with the head of a Tyrannosaur, Stegasaur-like plates on his back and skin modeled after the keloid scarring of the hibakusha.

The original Godzilla (“ɡodʑiɽa”) was awakened by atomic testing and impervious to any but a nuclear weapon. Emerging from the depths with his atomic breath, havoc and destruction was always accompanied by the distinctive roar, a sound effect made by rubbing a resin glove down the strings of a bass violin, then changing the speed at playback.

The actor who played Godzilla in the original films, Haruo Nakajima, was a black belt in Judo. His expertise was used to choreograph the monster’s movements, defining the standard for most of the Godzilla films, to follow.

Originally an “it”, Godzilla was usually depicted as a “he”, although that became a little complicated with the 1998 American remake “Zilla”, when he started laying eggs.

He was a Kaiju, a Japanese word meaning “strange creature”, more specifically a “daikaiju”, meaning a really, really big one. Godzilla is the best known, but certainly not the only such creature. You may remember other kaiju, including Gamera, Mothra, King Ghidorah, Mechagodzilla and Rodan. 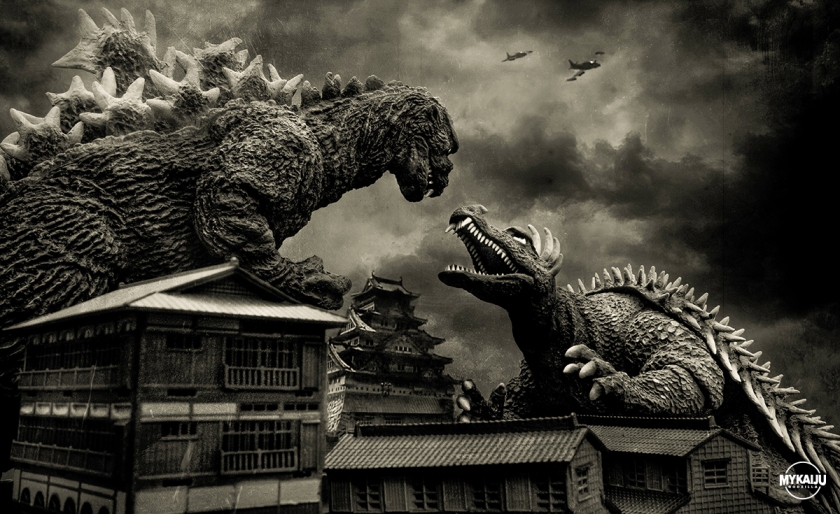 Godzilla has appeared in 28 original films, with more in the works. Over the course of his existence he has been a hero, a villain, and a destructive but values-neutral force of nature.

Godzilla got his own star on the Hollywood “Walk of Fame” in 2004, timed to coincide with the release of the 29th movie, “Godzilla: Final Wars.” Instead of nuclear weapons testing, this version was spawned by “environmental pollution”. It takes the superheroes of the “Earth Defense Organization” (but, of course) to freeze him back into the ice of the South Pole. The film was a flop, grossing less than $12 million after a production budget of $19 million. 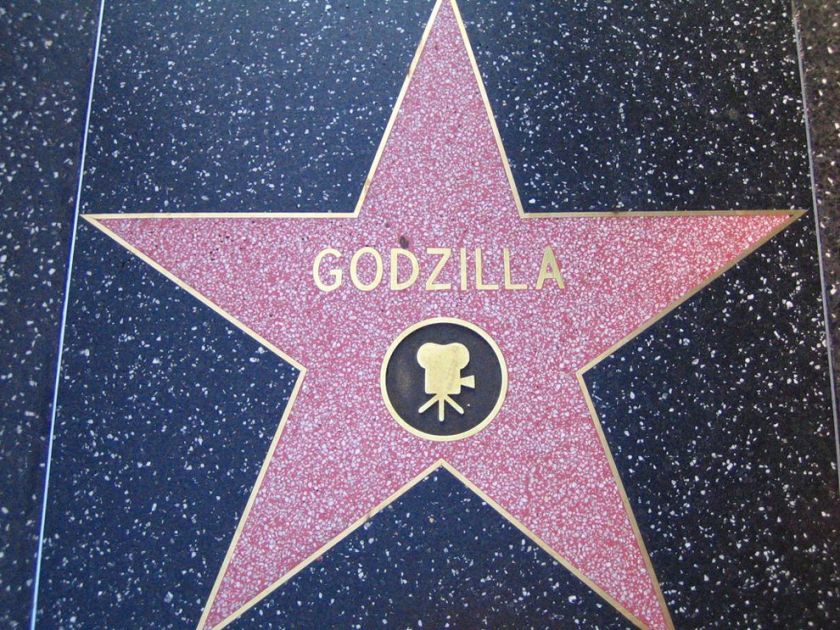 The franchise came roaring back ten years later, when Godzilla was released in 2014, grossing $200 million domestically and $529.1 million on worldwide sales.

A film franchise 64 years in the making is still going strong, and will continue to do so, for the foreseeable future. Godzilla: King of the Monsters is set to be released in 2019 and Godzilla vs. Kong, in 2020.

Tip of the hat to http://www.mykaiju.com, for most of the images used in this story.