“On the 8th of November, the angels were cryin’
As they carried his brothers away
With the fire rainin’ down and the hell all around
There were few men left standin’ that day” 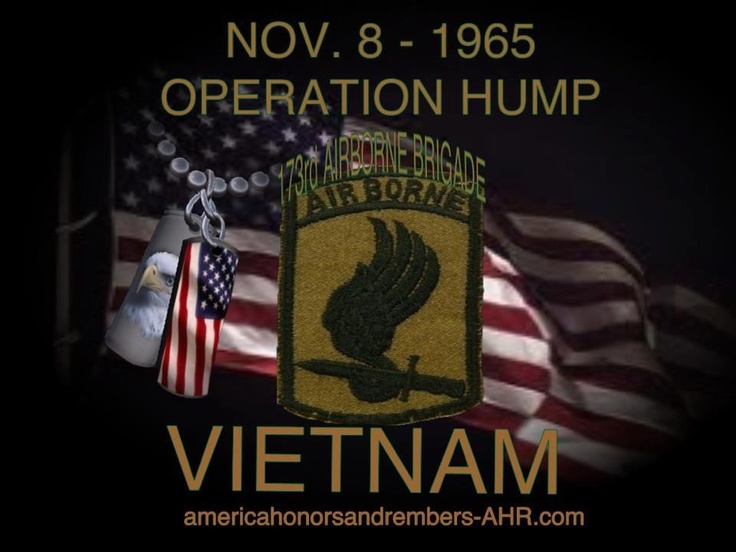 Fifty-three years ago today, the 173rd Airborne Brigade was halfway through its year of service in Vietnam.  “Operation Hump”, so named in recognition of that mid-point, was a search and destroy mission inserted by helicopter on November 5.

Vietcong fighters had taken up positions on several key hills near Bien Hoa, with the objective of driving them out.

There had been little contact through the evening of the 7th, when B and C Companies of the 1/503rd took up a night defensive position in the triple canopied jungle near Hill 65.

On the morning of the 8th, the Brigade found itself locked in combat with an entire main line Vietcong Regiment, pouring out of their trenches and onto the Americans’ position.

The VC were well aware of the Americans’ superior artillery and air cover capabilities.  Their strategy was to get in so close that it nullified the advantage.  “Grab Their Belts to Fight Them”, they would say.

Outnumbered in some places six to one, it was a desperate fight for survival as parts of B and C companies were isolated in shoulder to shoulder, hand to hand fighting.

Shot through the right thigh and calf with medical supplies depleted, Army Medic Lawrence Joel hobbled about the battlefield on a makeshift crutch, tending to the wounded.  Though wounded himself, Specialist 4 Randy Eickhoff ran ahead, providing covering fire. Eickhoff was later awarded the Silver Star and Purple Heart for his actions.

Specialist 5 Joel received the Medal of Honor.  Let his citation, tell the story:

“For conspicuous gallantry and intrepidity at the risk of life above and beyond the call of duty. Specialist 5 Joel demonstrated indomitable courage, determination, and professional skill when a numerically superior and well-concealed Viet Cong element launched a vicious attack which wounded or killed nearly every man in the lead squad of the company. After treating the men wounded by the initial burst of gunfire, he bravely moved forward to assist others who were wounded while proceeding to their objective. While moving from man to man, he was struck in the right leg by machine gun fire. Although painfully wounded his desire to aid his fellow soldiers transcended all personal feeling. He bandaged his own wound and self-administered morphine to deaden the pain enabling him to continue his dangerous undertaking. Through this period of time, he constantly shouted words of encouragement to all around him. Then, completely ignoring the warnings of others, and his pain, he continued his search for wounded, exposing himself to hostile fire; and, as bullets dug up the dirt around him, he held plasma bottles high while kneeling completely engrossed in his life saving mission. Then, after being struck a second time and with a bullet lodged in his thigh, he dragged himself over the battlefield and succeeded in treating 13 more men before his medical supplies ran out. Displaying resourcefulness, he saved the life of one man by placing a plastic bag over a severe chest wound to congeal the blood. As 1 of the platoons pursued the Viet Cong, an insurgent force in concealed positions opened fire on the platoon and wounded many more soldiers. With a new stock of medical supplies, Specialist 5 Joel again shouted words of encouragement as he crawled through an intense hail of gunfire to the wounded men. After the 24 hour battle subsided and the Viet Cong dead numbered 410, snipers continued to harass the company. Throughout the long battle, Specialist 5 Joel never lost sight of his mission as a medical aid man and continued to comfort and treat the wounded until his own evacuation was ordered. His meticulous attention to duty saved a large number of 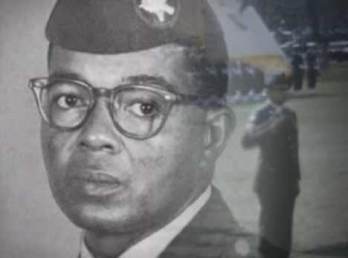 lives and his unselfish, daring example under most adverse conditions was an inspiration to all. Specialist 5. Joel’s profound concern for his fellow soldiers, at the risk of his life above and beyond the call of duty are in the highest traditions of the U.S. Army and reflect great credit upon himself and the Armed Forces of his country“.

48 Americans lost their lives in the battle, with many more wounded.  Two Australian paratroopers were recorded as MIA.  Their remains were discovered years later, and repatriated in 2007.

In May of 2006, the country music duo Big and Rich released a song in tribute to that day.  It’s called the 8th of November.