The man who had a family to support was grateful for work on a WPA project, but every dollar spent had first to be extracted from the wealth producing part of the economy. The government doesn’t produce wealth it can only take it. You can’t fill a swimming pool by draining one end of it, into the other.

Warren Harding entered office on March 4, 1920, in the midst of the sharp recession following WWI.

Harding’s Treasury Secretary, Andrew Mellon, believed that money was driven underground or overseas as income tax rates increased. Mellon held the heretical belief for that time, that lower tax rates led to greater levels of economic activity and that, as people had more of their own money to work with, increased activity resulted in higher tax revenues.

“Supply Side Economics”, was born.

Revenues to the treasury increased substantially, resulting in a 36% reduction of the national debt.

Unemployment and inflation both declined throughout the 1920s, while wages, profits and productivity, increased.  The decline in what would come to be called the “Misery Index” in the Carter years, was the sharpest in history.

The twenties became a time of wealth and excess, and speculation in the stock market increased exponentially. New investors poured into the market in the belief that, like the housing market of the 2000s, prices could never go down. It was a nine-year run when the Dow Jones Industrial Average increased tenfold, peaking at 381.17 on September 3, 1929. 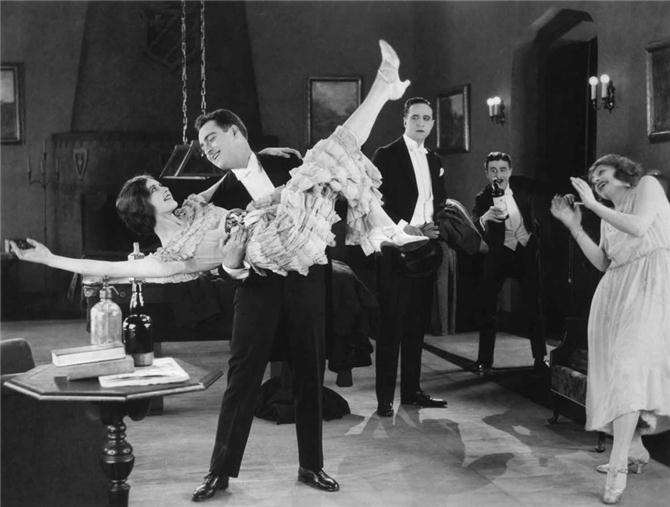 Rising share prices encouraged more people to invest, even if they didn’t have the money to do so. Brokers routinely lent investors up to two thirds of the face value of the stocks. Over $8.5 billion was hanging out on such loans, more than the entire amount of US currency in circulation, at that time.

As with 2007-’08, early tremors showed that the bubble was about to burst. Then as now, such signals were seen only in hindsight, and the rising crescendo that was 1929, continued.

There was a brief contraction in March, but the “Crash” began in earnest on “Black Thursday”, October 24, 1929. The market lost 11% at the opening bell, amidst heavy trading.   To quell the frenzy, Wall Street financial firms Morgan Bank, Chase national and National City Bank of New York stepped up and bought large blocks of US Steel and other “blue chip” stocks, at prices well above where they were trading.

The tactic had the effect of stopping the slide, much as it did during the Panic of 1907. This time however, the relief would be short lived. “Black Tuesday”, October 29, saw the Dow Jones contract by 12% on a volume record which would stand unbroken for forty years. The president of the Chase National Bank said at the time “We are reaping the natural fruit of the orgy of speculation in which millions of people have indulged. It was inevitable, because of the tremendous increase in the number of stockholders in recent years, that the number of sellers would be greater than ever when the boom ended and selling took the place of buying“.

Fears of the Smoot-Hawley tariff act fueled a further contraction in the following weeks, for apparently good reason.  When President Hoover signed the protectionist measure into law in 1930, American imports and exports plunged by more than half.

Historians debate whether the stock market crash led to the Great Depression, or if the two events coincided. Only 16% of US households were actually invested in the stock market at the time, but the psychological effect was profound.

Easy credit and unbounded confidence had led to a speculative bubble which had finally burst.

Economists still argue about the interventionist policies which followed. The man who had a family to support was grateful for work on a WPA project, but every dollar spent had first to be extracted from the wealth producing part of the economy. The government doesn’t produce wealth it can only extract it.  You can’t fill a swimming pool by draining one end of it, into the other. 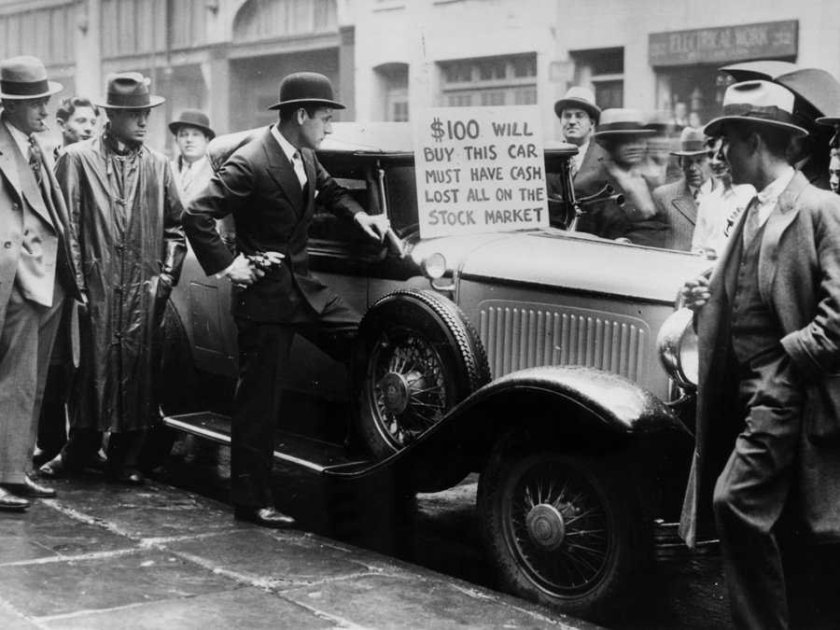 The stock market and unemployment rates staggered throughout the 1930s.  It was WWII that finally put people back to work.

Yet that was merely activity from an economic point of view. It wasn’t growth, it was more like giving the kids sugar and watching them run around the house. A convincing case may be made that the Reduction of government spending in the years following WWII, put wealth back in the pockets of the people who created it in the first place, and finally ended the Great Depression.

The Dow Jones Industrial Average, as an indicator of that wealth, wouldn’t retake the high ground of ‘29, until 1954.