“To sit in your car on a sweltering summer evening on the main street of Nub City, watching anywhere from eight to a dozen cripples walking along the street, gives the place a ghoulish, eerie atmosphere.”

Midway between the Red Hills of Alabama and the Emerald Coast of Florida, the pioneer town of Vernon was once home to a major Indian settlement.   Named for the Virginia home of the “Father of our Country”, the small town is located at the center of Washington County in the Florida panhandle.

Now a destination for canoe and kayak enthusiasts, nearby Holmes Creek was once a shipping route to Bonifay and other neighboring towns.  The town was reasonably prosperous once, but then the steamboats stopped running, and the sawmill closed.  The young ones went to college and never came back, or just up  & moved away.

Forty years ago, documentary filmmaker Erroll Morris went to Vernon to make a picture, about insurance fraud in the Florida panhandle.

The film was released on this day in 1981, entitled “Vernon Florida”.   Insurance companies called the place “Nub City”.  That was supposed to be the name of the film.  Except, folks who blow their own limbs off for insurance money, don’t appreciate being asked about it.  Particularly not on camera. 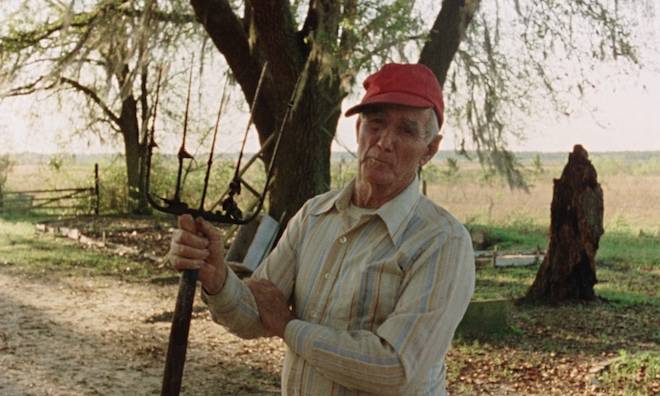 Morris described the problem, in a later interview:

“I knocked on the door of a double-amputee, who was missing an arm and a leg on opposite sides of the body—the preferred technique, so that you could use a crutch. His buff son-in-law, a Marine, beat me up. I decided whatever I was doing was really, really stupid and dangerous”.

Turns out that, in the late fifties and early sixties, two-thirds of all loss-of-limb accident claims to the American insurance industry, came from the Florida panhandle.  At the center of all that, was a little town of 700.  Vernon, Florida.

The founding member of the “nub club” may have joined by accident.  Or maybe he looked at his hand at a time of faltering small-town economics, and wondered.  How much will that thing earn, compared with an insurance policy.  By the mid-sixties, no fewer than fifty Vernon residents had lost a hand or foot or both, in hunting or farming “accidents”. 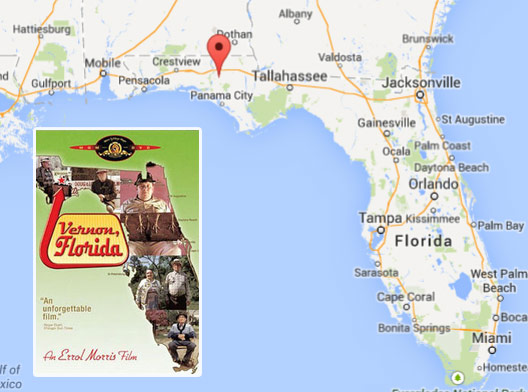 Some would saw or hack off body parts, but most preferred the simplicity, of a shotgun blast.  Insurance policies were often taken out in the days or even hours, before dismemberment.

You don’t know whether to laugh or cry, for people who would do such a thing. One guy maimed his foot while trying to protect his chickens. Another tried to shoot a hawk and took off his own hand. I’m still trying to figure out how that worked.  One farmer “mistook” his own foot for a squirrel and, you guessed it. Some “accidents” involved both firearms and motor vehicles. One mishap involved a tractor and a loaded rifle. That one took off two body parts.

Many took out multiple policies.  One guy bought so many that the premiums came to more than his income.  Thomas Lake of the St. Petersburg Times, tells the story:

“There was another man who took out insurance with 28 or 38 companies,” said Murray Armstrong, an insurance official for Liberty National. “He was a farmer and ordinarily drove around the farm in his stick shift pickup. This day – the day of the accident – he drove his wife’s automatic transmission car and he lost his left foot. If he’d been driving his pickup, he’d have had to use that foot for the clutch. He also had a tourniquet in his pocket. We asked why he had it and he said, ‘Snakes. In case of snake bite.’ He’d taken out so much insurance he was paying premiums that cost more than his income. He wasn’t poor, either. Middle class. He collected more than $1 million from all the companies. It was hard to make a jury believe a man would shoot off his foot.”

Insurance companies were quick to get wise and took several claimants, to court. Juries refused to believe that anyone would do such a thing.  Not one member of the nub club was ever convicted, of fraud. Insurance companies sent an investigator named John Healy to Vernon, to look around. The report he sent back came as a surprise, to precisely no one: “To sit in your car on a sweltering summer evening on the main street of Nub City,” he wrote, “watching anywhere from eight to a dozen cripples walking along the street, gives the place a ghoulish, eerie atmosphere.”

Skyrocketing premiums failed to put an end to the practice of self-mutilation.  Eventually, companies just stopped writing such policies in the panhandle, and the decade-long string of “misfortunes”, came to an end. 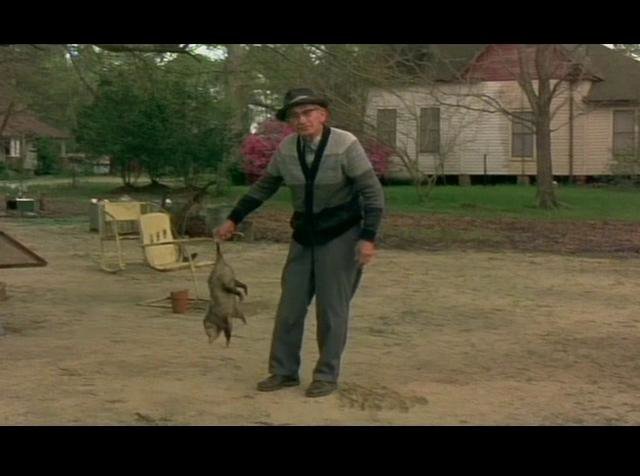 Twenty years later, a blurb in the New Yorker sent film maker Errol Morris south to Vernon, to shoot a film about insurance fraud.  What he ended up with, was a disjointed narrative tale, of small town eccentrics.  Apparently, death threats did a lot to effect the film maker’s change in direction.