The Red Baron was buried by his enemies, with honors, on April 22, 1918.  British Third Squadron officers served as pallbearers.  Other ranks from the squadron acted as a guard of honor. Allied squadrons stationed nearby presented memorial wreaths, one of which was inscribed with these words:
“To Our Gallant and Worthy Foe”. 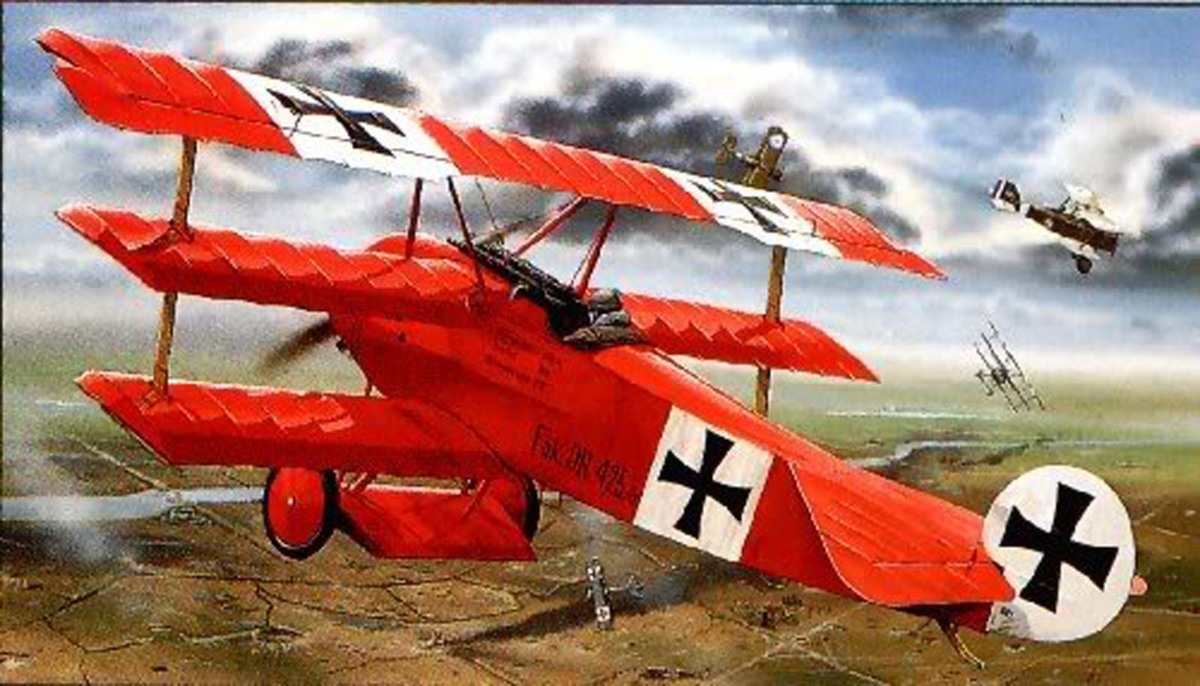 Early in the “Great War”, Manfred Freiherr von Richtofen was a cavalry scout, serving with the 1st Regiment of Uhlans Kaiser Alexander III in the Verdun sector. Cavalry quickly became obsolete, as the war of movement ended and armies dug in to avoid what Private Ernst Jünger later called the “Storm of Steel”.

Leutnant Richtofen served as a messenger over the winter of 1914-15, but there was no glory in crawling through the mud of shell holes and trenches. He applied to the fledgling Air Corps, writing to his superiors that “I have not gone to war in order to collect cheese and eggs, but for another purpose.”

Following four months of training, Richtofen began his flying career as an observer, taking photographs of Russian troop positions on the eastern front.

After transferring to Belgium and becoming bombardier, Manfred’s first air-to-air kill occurred in late 1915, while acting as observer and rear gunner on a two-seat reconnaissance plane. The French pusher bi-plane went down over unfriendly territory and couldn’t be confirmed, so the victory was never counted. Neither was his second kill, when Richtofen shot down a French Nieuport fighter from an Albatross C.III bomber. This one too went down over enemy territory, and couldn’t be confirmed.

Richtofen achieved his first official victory on September 17, 1916, after being transferred to a fighter squadron. Manfred ordered a silver cup to mark the occasion, engraved with the date and make of the aircraft he had shot down, a British F.E. 2B. Many more silver cups would be added to the collection, before he was through.

Manfred got his 5th kill to become an ace on October 16, 1916, and the coveted “Blue Max” medal for his 16th, the following January. He shot down 22 enemy planes that April alone, four of those in a single day. Richtofen was Germany’s leading living ace, fast becoming the most famous pilot of his day.  German propagandists spread the rumor that the Allies were going to award the Victoria Cross to the man who shot him down.

Ever aware of his own celebrity, von Richtofen took to painting the wings of his aircraft a brilliant shade of red, after the colors of his old Uhlan regiment. It was only later that he had the whole thing painted. Friend and foe alike knew him as “the Red Knight”, “the Red Devil”, or “’Le Petit Rouge’” and finally, the name that stuck:  “the Red Baron”.

Like Ted Williams, who was said to be able to count the stitches on a fastball, Manfred von Richtofen was blessed with exceptional eyesight. Gifted with lightning reflexes, Richtofen became the top ace of WW1. In an age when  even a few air combat victories were exceptional, Richtofen accumulated sixty engraved silver cups before the metal became unavailable in war ravaged Germany. Even then he was far from done.

Despite the popular link between Richthofen and his Fokker Dr.I, he only scored his last 19 kills while flying his famous red triplane. Three-quarters of his victories were won in different makes of the Albatross (below, left), and the Halberstadt D.II (right). 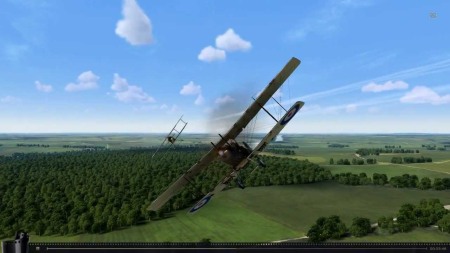 By way of comparison, the highest scoring Allied ace of the Great War was Frenchman René Fonck, with 75 confirmed victories. The highest scoring fighter pilot from the British Empire was Canadian Billy Bishop, who was officially credited with 72. The Red Baron had 80.

Richthofen sustained a serious head wound on July 6 1917, causing severe disorientation and temporary partial blindness. He returned to duty after October 23, but many believed his injury caused lasting damage, and lead to his eventual death. 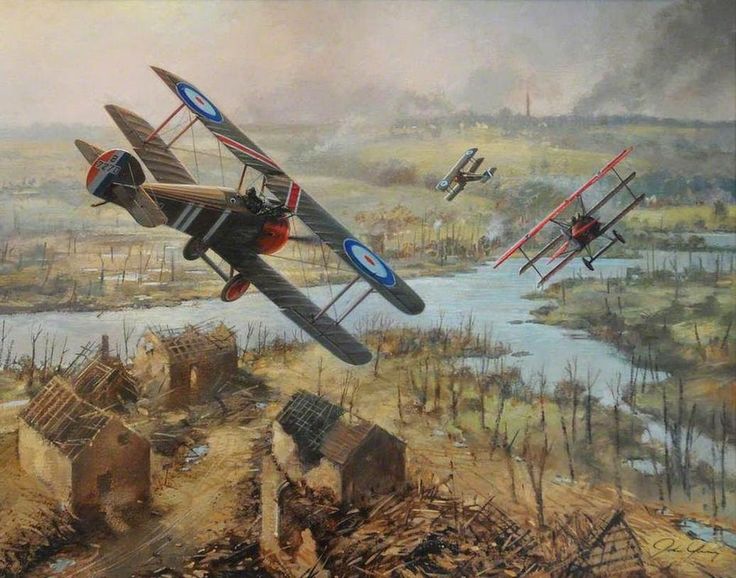 Richthofen chased the rookie Canadian pilot Wilfred “Wop” May behind the lines on April 21, 1918, when he found himself under attack. With a squadron of Sopwith Camels firing from above and anti-aircraft gunners on the ground, the Red Baron was shot once through the chest with a .303 round, managing to land in the beet field where he died, several minutes later. He was still wearing his pajamas, under his flight suit.

The RAF credited Canadian Pilot Captain Roy Brown with shooting Richthofen down, but the angle of the wound suggests that the bullet was fired from the ground. A 2003 PBS documentary demonstrated that Sergeant Cedric Popkin was the person most likely to have killed him, while a 2002 Discovery Channel documentary suggests that it was Gunner W. J. “Snowy” Evans, a Lewis machine gunner with the 53rd Battery, 14th Field Artillery Brigade, Royal Australian Artillery. Just who killed the Red Baron, may never be known with absolute certainty.

Manfred von Richtofen was buried by his enemies, with honors, on April 22, 1918.  British Third Squadron officers served as pallbearers, other ranks from the squadron acted as a guard of honor. Allied squadrons stationed nearby presented memorial wreaths, one of which was inscribed with these words: “To Our Gallant and Worthy Foe”.