The disease process unfolded with horrifying rapidity. The Italian writer Boccaccio wrote that plague victims often “ate lunch with their friends and dinner with their ancestors in paradise.” 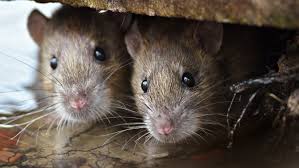 In the early 1330s, a deadly plague broke out on the steppes of Mongolia. The gram-negative bacterium Yersinia Pestis preyed heavily on rodents, the fleas from which would transmit the disease to people, the infection then rapidly spreading to others.

High fever would precede the appearance of “buboes”, a painful swelling of the lymph glands, especially in the armpit, neck and groin. Spots appeared on the skin turning from red to black, often accompanied by necrosis and gangrene in the nose, lips, fingers and toes.

In some cases, Bubonic plague will progress from the lymphatic system to the lungs, resulting in Pneumonic plague. Y. Pestis can progress to the blood stream as well, a condition known as septicemic plague. In medieval times, septicemic mortality rates ran from 98% to 100%.

The disease process unfolded with horrifying rapidity. The Italian writer Giovanni Boccaccio wrote that plague victims often “ate lunch with their friends and dinner with their ancestors in paradise.”

Plague broke out among a besieging force of Mongols on the Black Sea city of Caffa, in 1346. Italian merchants fled with their ships in the Spring of 1347, carrying in their holds an untold number of rats and the fleas that came with them. One-third of the world’s population died in the five-year period which followed, equivalent to over two Billion today.

The Black Death of the 14th century is far and away the most famous, but it’s not the first. The Plague of Justinian, 541-542AD, centered mostly around the Eastern Roman (Byzantine) and Sassanid Empires, the disease resulting in the death of 25 million individuals. Roughly 13% of the world’s population, at that time.

The Black death of 1346-’53 was a catastrophe unparalleled in human history, but it was by no means the last such outbreak.  The Third Pandemic began in China in 1855, spreading to Hong Kong and on to British India. In China and India alone the disease killed 12 million people. It then spread to parts of Africa, Europe, Australia, and South America.

In the newly formed Territory of Hawaii, the first signs of the plague began to appear in Honolulu in December, 1899. Not sure how to control the outbreak, city health officials decided to burn infected houses. Changing winds soon fanned the flames out of control. On January 20, 1900, an inferno consumed nearly all of Chinatown, 38 acres, leaving 6,000 homeless.

In 1900, The ship Australia brought Yersinia Pestis with it from Hong Kong into San Francisco. The ship was immediately quarantined and, despite the escape of two stowaways confirmed to have the bacilli, there was no immediate outbreak. The quarantine seemed to work for a time, but there was no way to contain the rats on board. They are probably the reason that plague spread to the city.

The body of an elderly Chinese man was discovered in a Chinatown basement. An autopsy found the man to have died of plague. There were more than 18,000 Chinese and another 2,000 Japanese living in the 14-block Chinatown section of the city. Many called for a quarantine of Chinatown, but Chinese citizens objected, as did then-Governor Henry Gage, who tried to sweep the whole outbreak under the carpet. Business interests likewise objected to the quarantine. Except for the Hearst Newspapers, not much was heard about it.

100 confirmed cases of plague were discovered by the end of 1902, but Governor Gage was still denying its existence. There were a total of 121 cases with 113 deaths by 1904, but the outbreak seemed to be contained.

San Francisco was hit by a massive earthquake on April 18, 1906, followed by a great fire. Thousands of San Franciscans were crowded into refugee camps with an even higher number of rats. For the first time, the disease now jumped the boundaries of Chinatown.

On May 27, 1907, a San Francisco sailor was diagnosed with bubonic plague. The epidemic spread aggressively over that summer, the New York Times reporting in November that “the disease increased with such virulence that it looked for a time as if the city were to be decimated as were medieval Europe”.

The plague popped up one last time, but local, state, and federal health officials combined to all-but eradicate the rat population, and with it the disease. It was all over by 1909.

Or was it. Nothing could stop the fleas from infected rats from transferring to wild rodents, squirrels, and prairie dogs, and permanently establishing plague bacilli in the western United States.

In 2015, the CDC reported 15 cases of Bubonic plague in the United States, as of October.  Four of them were fatal.  The bacterium is treatable with modern antibiotics, but I can’t help thinking about the massive quantity of anti-microbials used in livestock production. Given the apparent increase in multiple-drug resistant “superbugs”, I hope that people far smarter than I am, are thinking about it too.