“Let no neglect, no ravages of time, testify to the present or to the coming generations that we have forgotten as a people the cost of a free and undivided republic.”

On April 16, 1866, the American Civil War was barely a year in the past.  An unknown widow brought her children to the Hiller Cemetery, near Carbondale, Illinois.  She and the children placed flowers on an unmarked grave, as several veterans watched from the steps of the nearby Crab Orchard Christian Church.

The group was struck by her simple gesture.  When the family left, the men gathered up wild flowers and so decorated the graves of their fallen comrades, as she and the kids had done. Word of the gesture soon spread, and it was agreed that a more formal act of Memorial should be carried out. A community wide event took place at Carbondale’s Woodlawn Cemetery on April 29, 1866.

212 veterans took part in that first ceremony, among them Major General John A. Logan, invited to give the keynote address.

Two years later, General Logan was Commander-in-Chief of the Grand Army of the Republic, in Washington DC. In March of that year, General Logan’s wife Mary visited several battlefields of the late war, in Virginia. While there, Mary Logan noticed a number of small flags, wilting flowers and other decorations, marking Confederate graves at the Blandford Cemetery, near Petersburg.

On her return, Mary expressed the opinion that the North should so decorate the graves of its fallen. Perhaps reminded of that earlier occasion near Carbondale, General Logan issued General Order No. 11, setting aside a date in May as an annual date “for the purpose of strewing flowers, or otherwise decorating the graves of Comrades who died in the defense of their country.”

Some two dozen communities claim the honor of having held that first Memorial Day, though it wouldn’t be called that until much later. For now, it was “Decoration Day”. The first large-scale observance was held that year at Arlington National Cemetery, across the Potomac River from Washington, D.C. 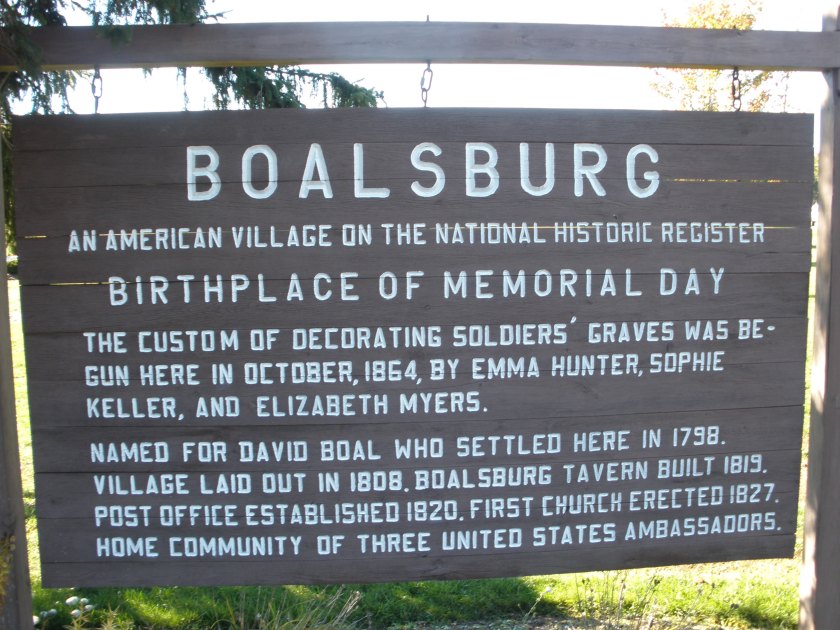 The veranda of the Arlington mansion, once the home of General Robert E. Lee, was draped in mourning. A number of officials attended the event, including General Ulysses S. Grant and his wife, Julia. There were speeches and hymns, and then children from the Soldiers’ and Sailors’ Orphan Home joined with members of the GAR, in laying flowers on the graves of Union and Confederate alike.

General Logan’s order instructed all posts to decorate the graves of the fallen “with the choicest flowers of springtime”. “We should guard their graves with sacred vigilance“, he wrote, “Let pleasant paths invite the coming and going of reverent visitors and fond mourners. Let no neglect, no ravages of time, testify to the present or to the coming generations that we have forgotten as a people the cost of a free and undivided republic.”

So may it always be.