Late on the night of March 8, 1863, a light rain was falling when Mosby’s Rangers formed up for a raid on Fairfax Virginia, known at that time as Fairfax Courthouse.

Like fellow Virginian Robert E. Lee, the Howardsville lawyer John Singleton Mosby opposed the destruction of the Union but, when secession came, he stayed with his state.  Small and frail as a boy, Mosby was often the target of much larger bullies.  Years later in his memoirs, he’d write that he never won a fight.  It seems that John Singleton Mosby never backed down from one, either.

Mosby participated in the 1st Battle of Manassas (1st Bull Run) as a member of the Virginia Volunteers Mounted Rifles, later joining James Ewell Brown “J.E.B.” Stuart as a Cavalry Scout.  A gifted horseman and natural tactician, information gathered by Mosby aided Stuart in his humiliating ride around McLellan’s Army of the Potomac in June, 1862. 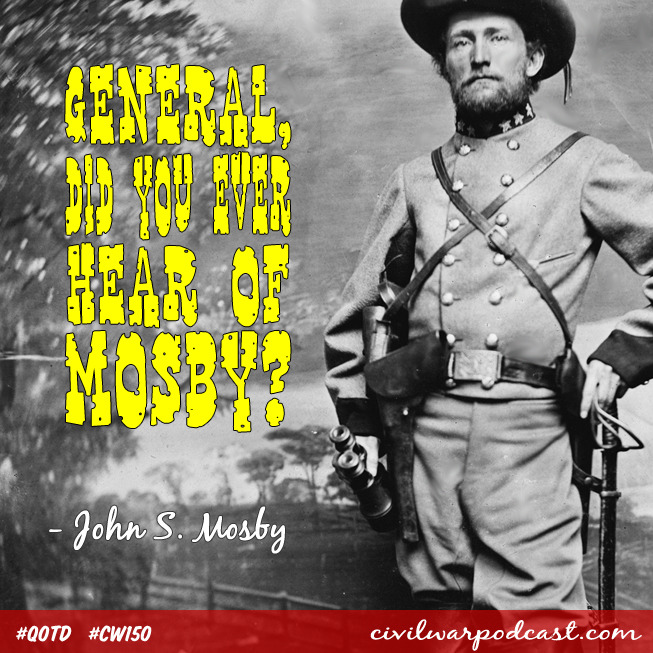 The following year, Stuart authorized Mosby to form and take command of the 43rd Battalion of Virginia Cavalry, a regiment-sized unit operating out of north central Virginia.  These “Partisan Rangers”, 1,900 of whom served between January 1863 and April ’65, were under the command of Stuart and Lee and subject to their authority, but were not a traditional army unit.  Mosby’s Rangers shared in the spoils of war but had no camp duties, and lived scattered among civilian populations.

Known for lightning raids of the Virginia countryside, Mosby’s 43rd Cavalry would be called together to strike specific targets, dispersing afterward and making themselves next to impossible to run aground.  So successful were they that, to this day, parts of Virginia’s Piedmont region are known as “Mosby’s Confederacy”.

Late on the night of March 8, 1863, a light rain was falling when Mosby’s Rangers formed up for a raid on Fairfax Virginia, known at the time as Fairfax Courthouse.  Deep in the midst of several thousand Federal soldiers and only fifteen miles from the White House, Union Brigadier General Edwin H. Stoughton was sleeping in his headquarters.  Some sources indicate that he was “sleeping it off”.  The “Gray Ghost” entered the Union General’s quarters in the small hours of March 9, his rangers quickly overpowering a handful of sleepy guards. 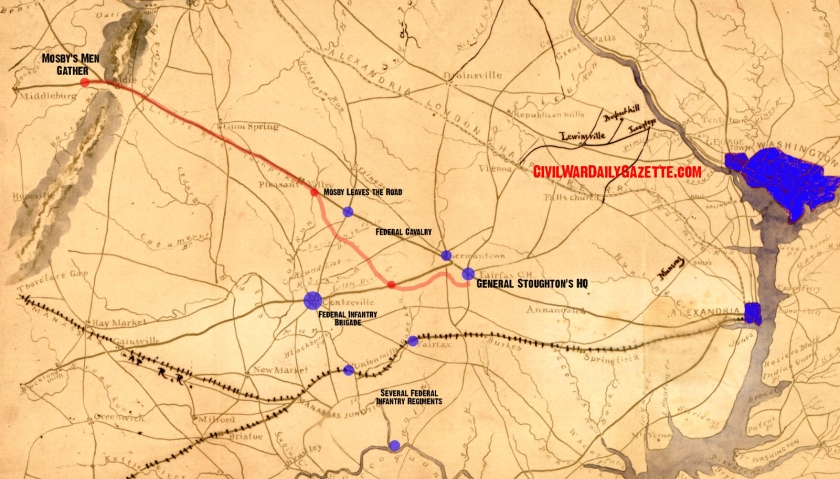 Entering the bed chamber as others went to the stables and gathered horses, Mosby lifted the General’s nightshirt and slapped his bare backside with a sword. General Stoughton sputtered awake, demanding “What is the meaning of this!?” “General, did you ever hear of Mosby“, came the question.

Mosby himself later recalled, “There was no time for ceremony, so I drew up the bedclothes, pulled up the general’s shirt, and gave him a spank on his bare back, and told him to get up”.  Stoughton replied, “Yes, have you caught him?” “I AM Mosby,” said the Gray Ghost, “and I have caught You. Stuart’s cavalry has possession of the Courthouse; be quick and dress.” 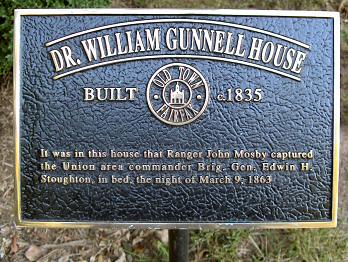 As prisoners came to the realization that they’d been captured by such a puny force, many melted into the woods, and escaped.  In the end, Mosby and his 29 rangers had captured a Union General, two Captains, 30 enlisted men and 58 horses, without firing a shot.  On hearing the story the next day, President Lincoln lamented:  “I can make another Brigadier in 5 minutes, but I can’t replace those horses”. 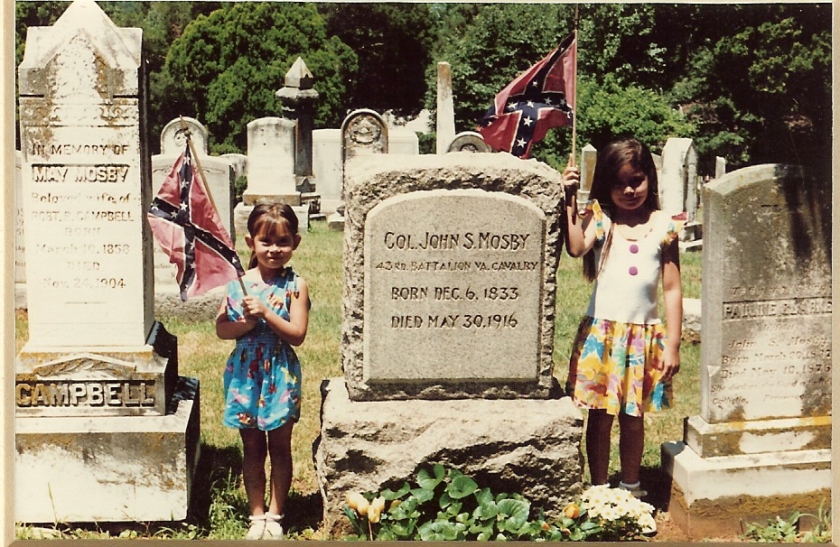