In 1842, Federal law required that voting districts be compact, and contiguous. That worked out for about a hot minute. 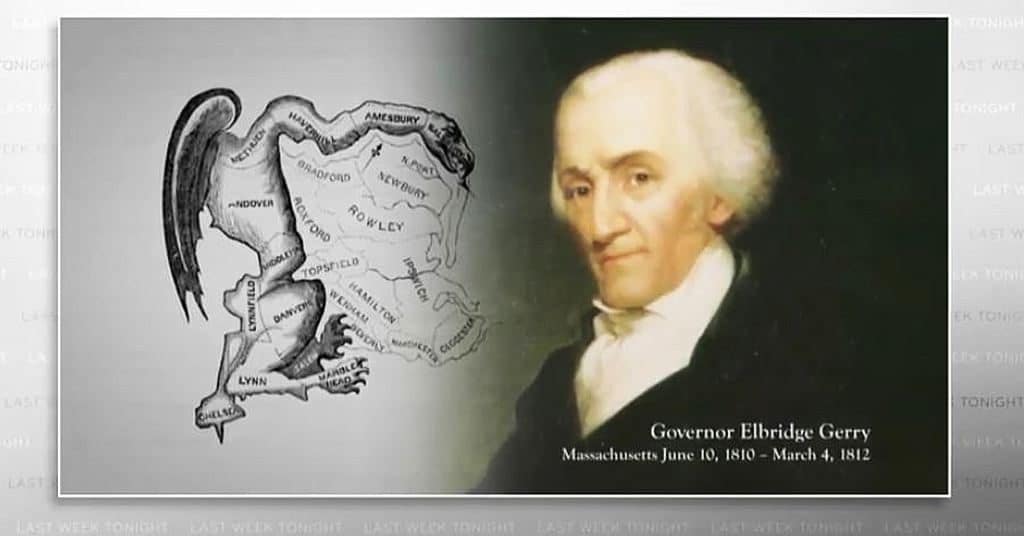 The dictionary defines “Gerrymander” as a verb: “To divide (a geographic area) into voting districts in a way that gives one party an unfair advantage in elections”. In the Old Country the practice goes way back, the earliest instance in the American colonies dates back to early 1700s, Pennsylvania.

In 1788, Virginia voted to ratify the Constitution and join the Union. Former Governor Patrick Henry persuaded the state legislature to reconfigure the 5th Congressional District, thereby forcing his political adversary James Madison to run against a powerful opponent named James Monroe. Henry’s redistricting tactic failed and Madison won, anyway. One day he would become the nation’s fourth president. All was not over for the loser, though. James Monroe would become #5.

Elbridge Gerry was born in 1744, in the north shore Massachusetts town of Marblehead. Gerry spent most of his adult life in public office, excepting a ten-year period in the family codfish packing business. First elected to the state legislature in 1772, Gerry died in office in 1814, while serving as Vice President under President James Madison.

Politics are as ugly these days as any time in living memory, but that’s nothing new. Back in 1812, parties were split between Federalists supporting strong central government and favoring business & industry, pitted against Jeffersonian Democratic-Republicans, suspicious of centralized power and favoring small landowning family farmers to secure the well-being of the nation. Both parties believed the other would destroy the young nation, and campaigns were as nasty as they get. 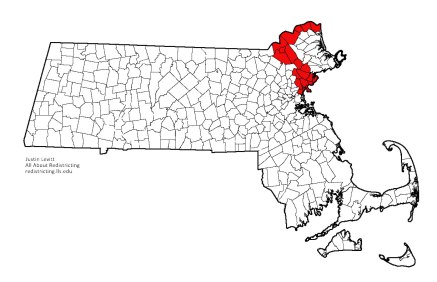 Benjamin Russell was a newspaper editor, and ardent Federalist. The painter Gilbert Stuart commented on the new district map hanging over Russell’s desk, saying “That will do for a salamander.” “Better say a Gerry-mander!” was Russell’s reply. A cartoonist added head, wings, and claws. The cartoon map and the name appeared in the Boston Gazette within the month.

Ever since, “gerrymandering” has been a bi-partisan favorite for keeping “public servants” firmly ensconced at the public trough.

In 1842, Federal law required that voting districts be compact, and contiguous. That worked out for about a hot minute. In the 1870s, Mississippi gerrymandered a “shoestring” district some 300 miles long and only 32 miles wide. Other states have “packed” voters into districts shaped like frying pans, dumbbells, and turkey feet. 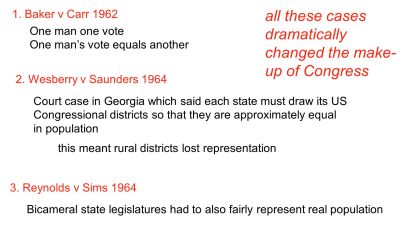 In the 1960s, gerrymandering was used to “crack” the voting strength of black and urban voters. A 1962 Supreme Court decision ruled that electoral districts must reflect the principle of “one man, one vote”. A 1985 decision ruled it unconstitutional to alter election districts to favor of any political party.

These days, voting districts are intentionally drawn up to favor or disfavor parties, racial, and other “interest” groups, ensuring that we look on one another as “us and them”, rather than just, plain, fellow Americans. Talk about “the conduct of public affairs for private advantage”. (Hat tip to my favorite curmudgeon, Ambrose Bierce, for that one).

Here in the home of the Gerrymander, Barney Frank’s old 4th congressional district resembles nothing so much as a grasping hand. I’m not sure if the new congressional map is much of an improvement, but hey. It seems to work for the ruling class.

In 2000, California’s two major parties worked together to redraw state and Federal legislative districts, in such a way as to preserve the status quo, in perpetuity. It worked. 53 congressional, 20 state senate, and 80 state assembly seats were at risk in the 2004 election. Not one of them changed parties. 28th state senate district Senator Jenny Oropeza (D) won re-election in 2010.  About a month, after she died. 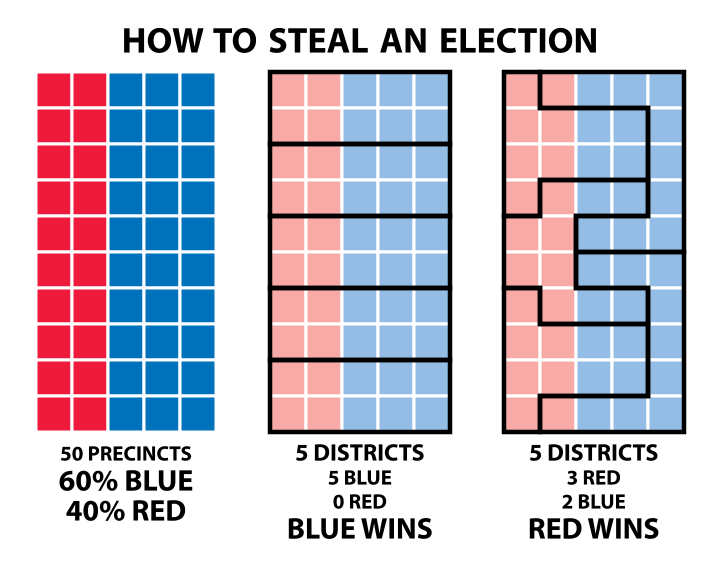