To the human participants in this story, this is a tale of four weeks’ combat for a tropical island.  For the apex predator of the mangrove swamp, it was little more than a dinner bell. 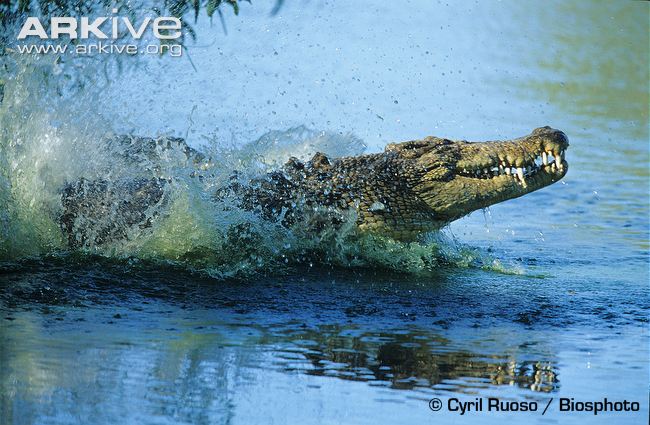 500 ft. off the coast of Myanmar (formerly Burma), and across the Bay of Bengal from the Indian sub-continent, there lies the island of Ramree, about a third the size of New York’s Long Island.

In 1942, the Imperial Japanese Army aided by Thai forces and Burmese insurgents drove the British Empire and Chinese forces out of Burma, occupying much of the Burmese peninsula and with it, Ramree island. In January 1945, the allies came to take it back.

The battle started out with Operation Matador on January 14, an amphibious assault designed to capture the strategic port of Kyaupyu, and it’s nearby airfield.

By early February, a mixed force of British Royal Marines and their Indian allies dislodged a force of some 980 Japanese defenders, who abandoned their base and marched inland to join a larger regiment of Japanese soldiers across the island.

The route took the retreating Japanese across 10 miles of marsh and mangrove swamp. Bogged down and trapped in the mire, the soldiers soon found themselves cut off and surrounded, alone with the snakes, the mosquitoes and the scorpions, of Ramree island. 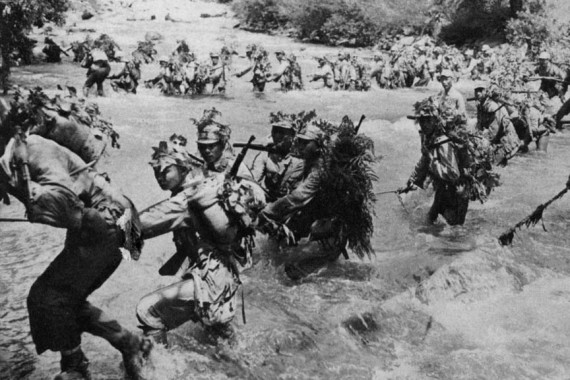 On February 7, the 71st Infantry and supporting tanks reached Ramree town where they found determined Japanese resistance, the town falling two days later. Naval forces blockaded small tributaries called “chaungs”, which the retreating Japanese used in their flight to the mainland. A Japanese air raid damaged an allied destroyer on the 11th as a flotilla of small craft crossed the strait, to rescue survivors of the garrison. By February 17, Japanese resistance had come to an end.

Throughout the four-week battle for Ramree Island, the allied blockade inflicted heavy casualties on Japanese forces.  The thousand men cut off in the swamp, had more immediate concerns.

NationalGeographic.com describes the Japanese’ problem, the nightmare predator,  Crocodylus porosus:  “Earth’s largest living crocodilian—and, some say, the animal most likely to eat a human—is the saltwater or estuarine crocodile. Average-size males reach 17 feet and 1,000 pounds, but specimens 23 feet long and weighing 2,200 pounds are not uncommon.

Classic opportunistic predators, they lurk patiently beneath the surface near the water’s edge, waiting for potential prey to stop for a sip of water. They’ll feed on anything they can get their jaws on, including water buffalo, monkeys, wild boar, and even sharks. Without warning, they explode from the water with a thrash of their powerful tails, grasp their victim, and drag it back in, holding it under until the animal drowns.

British naturalist Bruce Stanley Wright participated in the battle for Ramree, and gave the following account in his book, Wildlife Sketches Near and Far, published in 1962:

“That night [February 19, 1945] was the most horrible that any member of the M.L. [marine launch] crews ever experienced. The crocodiles, alerted by the din of warfare and the smell of blood, gathered among the mangroves, lying with their eyes above water, watchfully alert for their next meal. With the ebb of the tide, the crocodiles moved in on the dead, wounded, and uninjured men who had become mired in the mud.

The scattered rifle shots in the pitch black swamp punctured by the screams of wounded men crushed in the jaws of huge reptiles, and the blurred worrying sound of spinning crocodiles made a cacophony of hell that has rarely been duplicated on earth. At dawn the vultures arrived to clean up what the crocodiles had left…Of about 1,000 Japanese soldiers that entered the swamps of Ramree, only about 20 were found alive.

The crocodile attacks of Ramree are well documented, but there are those who question the numbers.  Some accounts indicate as many as 400 escaping the swamp, while the Guinness Book of World Records credits the incident with the “Most Number of Fatalities in a Crocodile Attack.”  Could there be so many of these creatures, as to wipe out nearly a thousand men?  What was there to eat, to support such a large population?

The actual numbers can never be known, but consider this:  Saltwater crocodiles are excellent swimmers, and are regularly spotted miles out to sea.  Individuals have even been discovered in the relatively frigid Sea of Japan – thousands of miles from their native habitat.  In 2016, Australian Rangers counted 120 “salties” in a 6-kilometer (3.7 mile) stretch of the East Alligator River, in the Northern Territory.

To the human participants in this story, this is a tale of four weeks’ combat for a tropical island.  For the apex predator of the mangrove swamp, it was little more than a dinner bell.