Author and adventurer Clive Cussler found the sub in 1995, buried in silt under 32′ of water.

In the 1850s, the economy of the southern United States was mostly agrarian.  When civil war broke out in 1861, the Confederate states depended to a greater degree on imported manufactured goods, compared with the more industrialized states to the north.  For the Union, there was strategic advantage in cutting off this flow of manufactured goods.  So it was the “Anaconda Plan” was initiated, to choke off traffic to southern ports and harbors.

Few in the Confederacy understood the need to keep southern ports open, as well as the planter, legislator, and southern patriot Horace Lawson Hunley.

In 1861, Hunley joined forces with James McClintock and Baxter Watson to design and build a secret Super Weapon for the Confederacy.  A submarine.  The trio completed construction on its first effort, the Pioneer, that same year in New Orleans.  The team went on to build two more submarines in Mobile, Alabama:  the American Diver, and the last and most successful creation, the “Fishboat“, later renamed HL Hunley.

After a short sea trial in Mobile, the Hunley was put on a train and shipped up to Charleston, South Carolina, to help break the blockade.  Arriving on August 12, 1863, she was 40′ long by 4′ wide, displacing about 7½ tons.  She was designed for a crew of 8, with 7 operating a hand crank and the 8th steering the boat.

A test run on August 29 ended in disaster, when Skipper John A. Payne accidentally stepped on the lever controlling the diving planes, with the hatches open.  Payne and two others escaped, but the other five crew members went to the bottom.

A second crew tested the submarine on October 15, this one including Horace Hunley himself.  The submarine conducted a mock attack but failed to surface afterward, this time drowning all 8 crew members.

Despite those two disastrous test runs, there was no shortage of volunteers.  Once again, the Hunley was fished up from the bottom.

The original plan was to tow a floating mine called a “torpedo”, with a contact fuse.  They would dive beneath their victim and surface on the other side, pulling the torpedo into the side of the target. 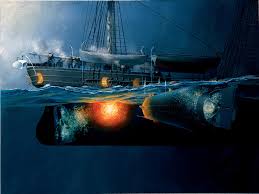 Tide and current conditions in Charleston proved very different from those in Mobile.  On several test runs, the torpedo floated out ahead of the sub.  That wouldn’t do, so a spar was fashioned and mounted to the bow.  At the end of the spar was a 137lb waterproof cask of powder, attached to a harpoon-like device with which Hunley would ram its target.

Hunley made her first live attack run four miles outside of Charleston Harbor, on the night of February 17, 1864. Lieutenant George Dixon and a crew of seven attacked USS Housatonic, a 1,240 ton steam powered sloop of war, embedding the spar torpedo into Housatonic’s hull.  It must have been a sight to see.  The torpedo ignited a 4,000 lb store of black powder in the hull of the ship, exploding with a deafening roar and a towering column of flame that lit up the night.

Housatonic was gone in three minutes, killing five sailors.  What happened next, is a mystery.  The first successful attack sub in history, vanished.  The Hunley crew would not be seen again, for 136 years.

Author and adventurer Clive Cussler found the sub in 1995, buried in silt under 32′ of water.  A painstaking, five year effort was launched to bring Hunley to the surface, and on August 8, 2000, HL Hunley returned to the light of day.  The sub was moved to the Warren Lasch Conservation Center in the Charleston Navy Yard, and submerged in 55,000 gallons of chilled, fresh water, where scientists and historians worked on unlocking its secrets. 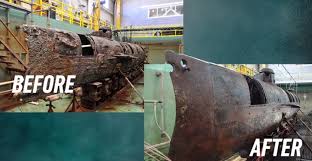 There was an old rumor that Lt. Dixon left a girlfriend in Mobile, Alabama, a woman named Queenie Bennett.  She had given him a $20 gold piece, a good luck charm and token of her affection.  Dixon was shot in the hip at Shiloh, the story goes, a wound that should have killed him.  If the bullet hadn’t struck the gold piece in his pocket.

No one knew if the story was true, until excavation started inside the sub.  Senior Archaeologist Maria Jacobsen found the coin, next to the remains of George E. Dixon.  “Some people may think this is a stroke of luck,” she said, “but perhaps it’s something else. They tell me that Lt. Dixon was a lady’s man, perhaps he winked at us yesterday to remind us that he still is”. 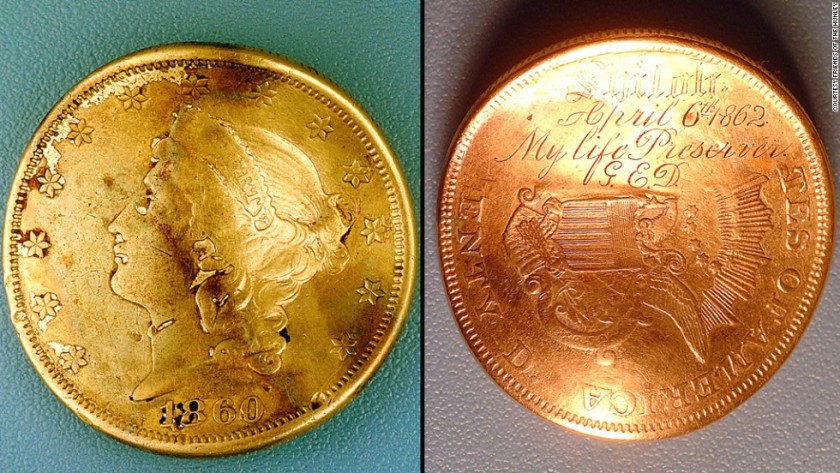 On the coin, clearly showing signs of having been struck by a bullet, are inscribed these words: