Young Tom Morris followed that first Open Championship in 1868 with three more, in 1869, 1870 and 1872. His record stands to this day, the only player ever to win four consecutive Open Golf Championships.   (There was no championship in 1871).

On this day in 1992, 16-year-old Tiger Woods became the youngest PGA golfer in 35 years, going on to become the first $100 million man on the Professional Tour.

The youngest in thirty-five years, but not the youngest.  Andy Zhang made the US Open in 2012, at the ripe old age of fourteen years, six months, but even he wasn’t the youngest.

The youngest golfer ever to play in one of the majors (the Masters, US & British Opens and the PGA Championship), was the appropriately named “Young” Tom Morris  Jr., a Scot who played in the 1865 British Open at 14 years and four months.

Morris withdrew from that year’s tournament, at about the time General Robert E. Lee was meeting General Ulysses S. Grant at Appomattox.  Young Tom went on to win the British Open three years later, winning the equivalent of $12 for the feat. Ironically, the victory came at the expense of his father “Old” Tom Morris, Greenkeeper and club pro at the famous ‘Old Course’ at St. Andrews.

Young Tom followed that first Open Championship in 1868 with three more, in 1869, 1870 and 1872. His record stands to this day, the only player ever to win four consecutive Open Golf Championships.   (There was no championship in 1871). 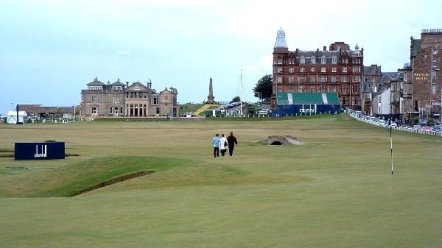 Young Tom went on to win three more Open tournaments, the first of only two teenagers in history to win any of the majors.  In 1864, Young Tom attended a tournament with his father at the King James VI Golf Club.  With days to go before his 13th birthday, he was too young to compete in either the professional or amateur sections.  Local organizers set up a two-man tournament between himself and a local youth champion.  A large gallery followed the two young golf stars throughout their match.  Those who did so were rewarded by seeing young Tom win the match, by a score sufficient to have won the professional tournament. 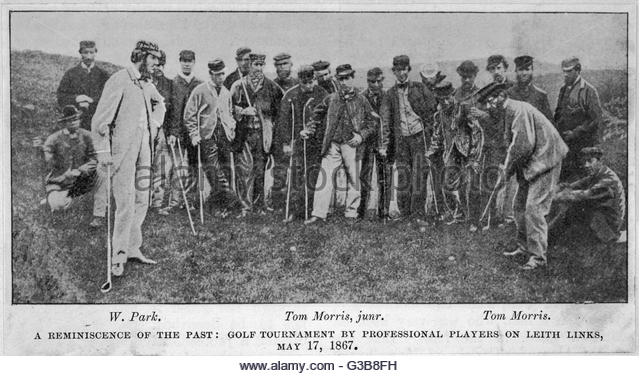 The Father/Son team tee’d off in match against the brothers Willie and Mungo Park on September 11, 1875. With two holes to go, Young Tom received a telegram with upsetting news. His wife Margaret had gone into a difficult labor. The Morrises finished those last two holes winning the match, and hurried home by ship across the Firth of Forth and up the coast. Too late. Tom Morris Jr. got home to find that his young wife and newborn baby, had died in childbirth.

Weeks later, Young Tom played a marathon tournament in wretched weather, leaving him in a weakened state and bleeding from his lungs. He died at St. Andrews, the “Home of Golf” and place of his birth, twenty-four years earlier. It was Christmas day.

In 2016, the historical drama “Tommy’s Honour” opened the 2016 Edinburgh International Film Festival, based on “Tommy’s Honor:  The Story of Old Tom Morris and Young Tom Morris, Golf’s Founding Father and Son” by Kevin Cook, one of five books voted 2007 “Book of the Year”, by Sports Illustrated.  Journalist and film critic Ross Miller wrote in The National newspaper of Scotland, calling the film “emotional, inspiring and deeply heartfelt.  You don’t have to be a golf fan” Miller wrote, ” to be taken in by this engrossing, quietly passionate film that not only brings something new to the sports biopic table but also serves as a poignant, often heartbreaking portrait of paternal love and pursuing your passion with everything you have.”

The feature image at the top of the page depicting Old and Young Tom was shot at St. Mary’s Studio, and recently sold for $19,850.