It is often said that you should never bring a knife to a gunfight.  You probably don’t want to draw a rhetorical popgun, either.  Not if the other guy is carrying a cannon. 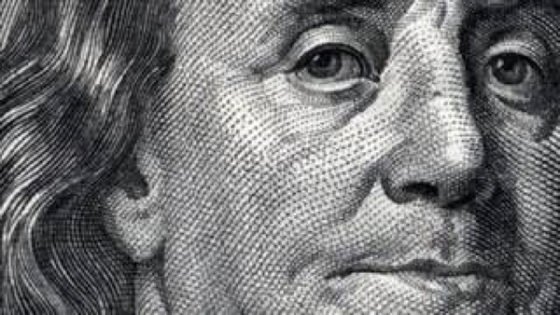 In early 1775, Benjamin Franklin was on an extended diplomatic mission to England.  The balance had not yet tipped toward Revolution, though things were headed in that direction.

An unnamed British military officer felt the need to run his mouth before the Parliament, at the expense of his fellow British subjects in the American colonies.  “Americans are unequal to the People of this Country”, he said, “in Devotion to Women, and in Courage, and worse than all, they are religious”.

On this day in London, February 7, 1775, the man who would be called “The First American” for his early and tireless campaign for colonial unity, published his response.

Franklin himself was not the most religious man, but he reminded his readers that it was the zealous Puritans who rid Great Britain of the hated King Charles I.

Franklin went on to relate a history of the Seven Years’ War, in which the colonial militia were forever saving inept and blundering British regulars from themselves.

“Indiscriminate Accusations against the Absent are cowardly Calumnies”, he wrote, but old Ben saved his best for the crack about American men not liking women.  Franklin noted that the British population was declining at the time, while in the American colonies, numbers were increasing.  American men, he concluded, are clearly more “effectually devoted to the Fair Sex”, than their counterparts across the pond.

It is often said that you should never bring a knife to a gunfight.  You probably don’t want to draw a rhetorical popgun, either.  Not if the other guy is carrying a cannon.