Today, any writer who wants to be the least bit controversial had better keep his lawyer’s number on speed dial. In Bierce’s day, he’d better carry a gun. 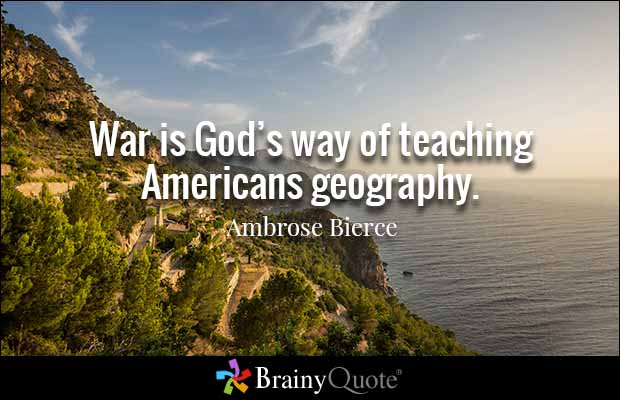 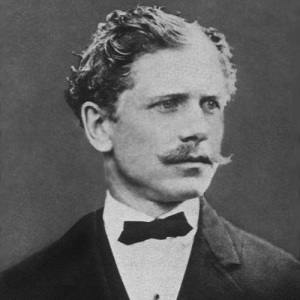 Ambrose Bierce was born in Horse Cave Creek, Ohio, to Marcus Aurelius and Laura Sherwood Bierce, the 10th of 13 children, all with names beginning with the letter “A”.

Marcus and Laura never had much money, but they were inveterate readers and imparted a love of books that would last young Ambrose all his life. At 15, Bierce left home to become a “printer’s devil”, fetching type and mixing ink, following in the footsteps of Benjamin Franklin, Thomas Jefferson, and his contemporary, Mark Twain.

He enlisted with the 9th Indiana Regiment at the outbreak of the Civil War, where he developed map making skills.  Bierce would frequently find himself in the hottest part of the front lines, while he drew out and mapped some difficult terrain feature.  He would later say of the experience that “War is God’s way of teaching Americans geography”.

For Ambrose Bierce, the Civil War ended at Kennesaw Mountain, Georgia, when a severe head wound took him out of the war for good. He later headed west, making the first usable maps of the Black Hills, before winding up in San Francisco.

Long hours spent in a boring job at the San Francisco mint, gave him plenty of time to read the classics and brush up on his writing skills. He soon found himself in the newspaper business, one of the top columnists in the city.

Today, any writer who wants to be the least bit controversial had better keep his lawyer’s 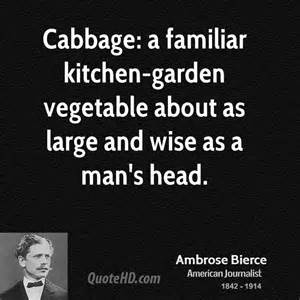 number on speed dial. In Bierce’s day, he’d better carry a gun. Ambrose Bierce didn’t shy away from politics, he jumped right in, frequently using a mock dictionary definition to lampoon his targets. One example and my personal favorite, is “Politics: A strife of interests masquerading as a contest of principles. The conduct of public affairs for private advantage”.

Bierce worked for the Hearst Newspaper The San Francisco Examiner in 1896, when he was sent to Washington to cover a railroad bill that was working its way through Congress. The Union and Pacific Railroad received $130 million taxpayer dollars (about $3 billion in today’s money) laundered through the Federal Government and lent to them on extremely favorable terms. One of the railroad’s builders, Collis P. Huntington, had persuaded a malleable congressman to forgive the loan altogether, if only they could keep the measure quiet. 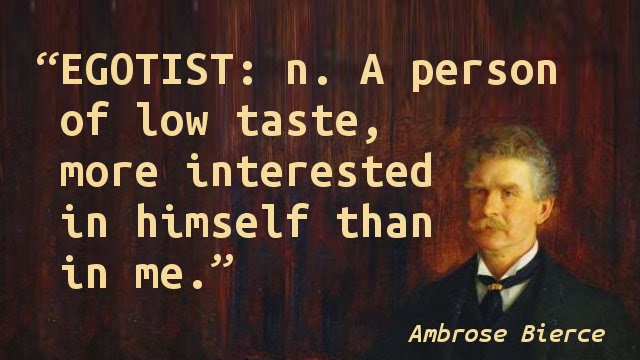 Bierce lampooned the crony capitalist and the politician alike.  The offending bill was anything but quiet when an infuriated Huntington confronted Bierce on the Capital steps. When asked his “price”, Bierce answered “My price is $130 million dollars.  If, when you are ready to pay, I happen to be out of town, you may hand it over to my friend, the Treasurer of the United States”. The bill went on to defeat.  We can only wonder how things would be today, if such a man were to replace the partisan lapdogs who pass themselves off as the national press corps.

Bierce’s biting satire would often get Hearst and his newspaper in trouble.  Nothing was 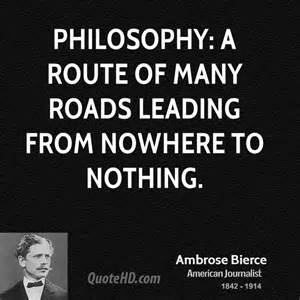 off limits. Politics was a favorite target of his columns, such as: “CONSERVATIVE, n: A statesman who is enamored of existing evils, as distinguished from the Liberal who wishes to replace them with others”, or “POLITICIAN, n. An eel in the fundamental mud upon which the superstructure of organized society is reared. When he wriggles he mistakes the agitation of his tail for the trembling of the edifice. As compared with the statesman, he suffers the disadvantage of being alive”.

These mocking definitions became so numerous that they were published in 1906 as “The Cynic’s Word Book”.  It is still in print today as the “Devil’s Dictionary”. The topics are seemingly endless. On Motherhood: “SWEATER, n.: garment worn by child when its mother is feeling chilly”. On the Arts: PAINTING, n.: The art of protecting flat surfaces from the weather, and exposing them to the critic”. Or “MARRIAGE, n: the state or condition of a community consisting of a master, a mistress, and two slaves, making in all, two”. And then there’s education, “ACADEME, n.: An ancient school where morality and philosophy were taught. Academy, n.: A modern school where football is taught”.

Bierce left San Francisco in October 1913 at the age of 71, to revisit some of his Civil War battlefields. He then headed south into Mexico, which was at that time a whirlpool of revolution. He joined Pancho Villa’s army as an observer in Ciudad Juárez, arriving in Chihuahua some time in December. Bierce’ last letter was written to a close friend, Blanche Partington, on December 26, 1913. He closed the letter saying, “As to me, I leave here tomorrow for an unknown destination.”

And then, he vanished.

If you visit Sierra Mojada, in Coahuila, Mexico, they’ll tell you that Ambrose 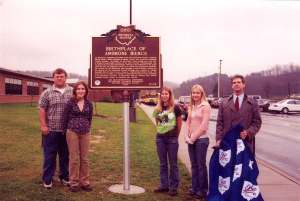 Gwinnett Bierce was executed by firing squad in the town cemetery. It’s as good an ending to this story as any, as one hundred and three years ago today is as good a day as any on which to end it. The fact is that in that 103 years, there’s never been a trace of what became of him, and probably never will be.

He would have had a good laugh, reading the monument that Meigs County, Ohio erected in his honor in 2003. So many words to commemorate a life, when his own words would have done so well. “MONUMENT, n:  A structure intended to commemorate something which either needs no commemoration or cannot be commemorated.”