The Grand Master of the Assassins dispatched his killers to Karakorum in the early 1250s, to murder the grandson of Genghis Khan, the Great Khan of the “Golden Horde”, Möngke. Bad idea. 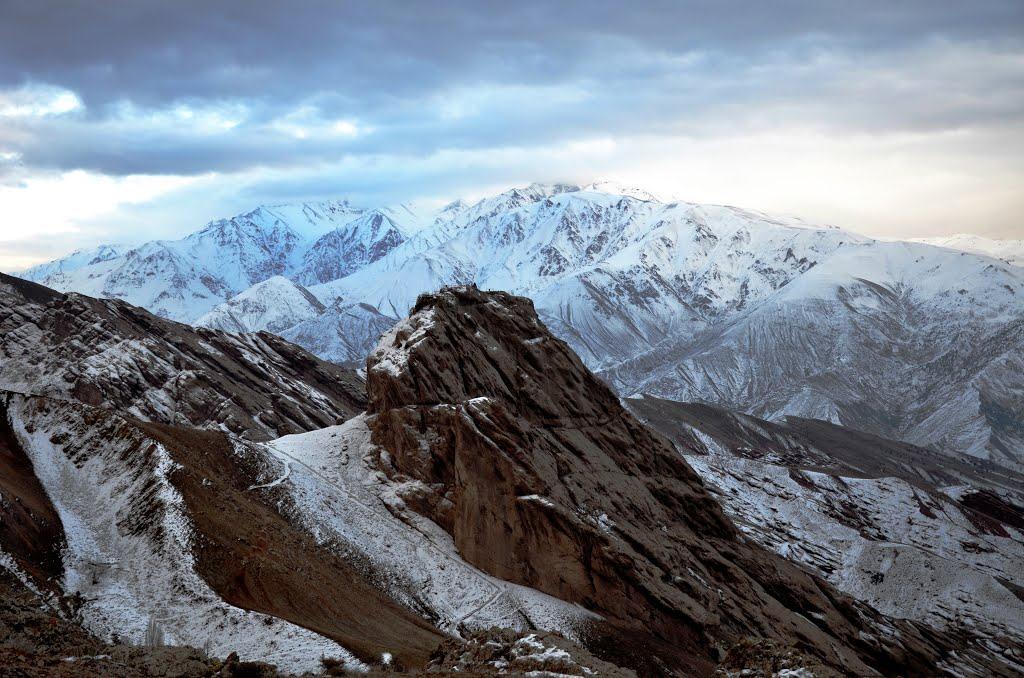 For the Islamic world, the 11th century was a time of political instability. The Fatimid Caliphate, established in 909 and by this time headquartered in Cairo, was in sharp decline by 1090.  The Fatimids were destined to disappear within the next 100 years, eclipsed by the Abbasid Caliphate of An-Nasir Salah ad-Din Yusuf ibn Ayyub, better known to anyone familiar with the story of Richard Lionheart, as Saladin.

To the east lay the Great Seljuk Empire, the Turko-Persian, Sunni Muslim state established in 1037 and stretching from the former Sassanid domains of modern-day Iran and Iraq, to the Hindu Kush.  An “appanage” or “family federation” state, the Seljuk empire was itself in flux after a series of succession contests, destined to disappear altogether in 1194. 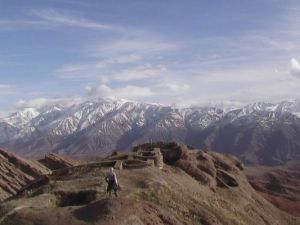 Into the gap stepped the “Old Man of the Mountain”, Hassan-i Sabbah, and his fanatically loyal, secret sect of “Nizari Ismaili” followers, the Assassins.

The name derives from the Arabic “Hashashin”, meaning “those faithful to the foundation”.  Marco Polo reported a story that the old man of the mountain got such fervent loyalty from his young followers, by drugging and leading them to a “paradise” of earthly delights, to which only he could return them.  The story is probably apocryphal, there is little evidence that hashish was ever used by the Assassins’ sect.  Sabbah’s followers believed him to be divine, personally selected by Allah.  The man didn’t need to drug his “Fida’i” (self-sacrificing agents), he was infallible.  His every whim would be obeyed, as the literal Word of God.

The mountain fortification of Alamut in northern Persia was probably impervious todefeat by military means, but not to the two-years long campaign of stealth and pretend friendship practiced by Sabbah and his followers.  In 1090, Alamut fell in a virtually bloodless takeover, becoming the headquarters of the Nizari Ismaili state.

Why Sabbah would have founded such an order is unclear, if not in pursuit of his own personal and political goals.  By the time of the first Crusade, 1095-1099, he found himself pitted against rival Muslims and invading Christian forces, alike.

Sabbah would order the elimination of rivals, usually up close, with the dagger.  From religious figures to politicians and generals, assassinations were preferably performed in broad daylight, in as public a manner as possible.  It was important that everyone absorb the intended message.

Though the “Fida’in” occupied the lowest rank of the order, great care was devoted to their education and training.  Possessed of all the physical prowess of youth, the individual Assassin was also intelligent and well-read, highly trained in combat tactics, the art of disguise and the skills of the expert horseman.  All the necessary traits, for anyone who would penetrate enemy territory, insinuate himself into their ranks, and murder the victim who had learned to trust him.

Sometimes, a credible threat of assassination was as effective as an actual killing.  When the new Seljuk Sultan Ahmad Sanjar rebuffed Hashashin diplomatic overtures in 1097, he awoke one morning to find a dagger stuck into the ground, next to his bed.  A messenger arrived sometime later from the old man of the mountain.  “Did I not wish the sultan well” he said, “that the dagger which was struck in the hard ground would have been planted on your soft breast?”  The technique worked nicely.  For the rest of his days, Sanjar was happy to allow the Hashashin to collect tolls from travelers in his realm.  The Sultan even provided them with a pension, collected from the inhabitants of the lands they occupied.

Saladin himself awoke one morning, to find a note resting on his breast, along with a poisoned cake.  The message was clear.  Sultan of all Egypt and Syria though he was, Saladin made an alliance with the rebel sect.  There would be no more such attempts on his life. 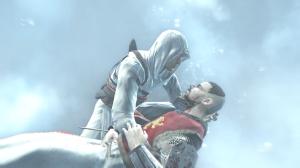 Conrad of Montferrat was elected King of Jerusalem in 1192, though he would never be crowned.  Stabbed at least twice by a pair of Hashashin on April 28, on the way home, the Kurdish historian and biographer wrote “[T]he Frankish marquis, the ruler of Tyre, and the greatest devil of all the Franks, Conrad of Montferrat — God damn him! — was killed.”

In the 200+ years of its existence, the Assassins occupied scores of mountain redoubts, though Alamut would remain its principle quarters.

It’s impossible to know how many of the hundreds of political assassinations of this period, were attributable to the followers of Hassan-i Sabbah.  Without a doubt, their fearsome reputation ascribed more political murder to the sect, than they were actually responsible for.

The Fida’in of Hassan-i Sabbah were some of the most feared killers of the middle ages.   Scary as they were, there came a time when the Order of the Assassins tangled with someone far scarier than themselves.

The Grand Master of the Assassins dispatched his killers to Karakorum in the early 1250s, to murder the grandson of Genghis Khan, the Great Khan of the “Golden Horde”, Möngke.  Bad idea.

The Nestorian Christian ally of the Mongol Empire Kitbuqa Noyan, was ordered to destroy several Hashashin fortresses in 1253.  Möngke’s brother Hulagu rode out at the head of the largest Mongol army ever seen in 1255, with no fewer than 1,000 Chinese engineer squads.  Their orders were to treat those who submitted with kindness, and to utterly destroy those who opposed them.

That they did. Rukn al-Dīn Khurshāh, fifth and final Imam who ruled at Alamut, submitted after four days of preliminary bombardment.  Mongol forces under the command of Hulagu Khan entered and destroyed the Hashshashin stronghold at Alamut Castle on December 15, 1256.

Hulagu went on to subjugate the 5+ million Lurs people of western and southwestern Iran, the Abbasid Caliphate in Baghdad, the Ayyubid state of Damascus, and the Bahri Mamluke Sultanate of Egypt.  Mongol and Muslim accounts alike, agree that the Caliph of Baghdad was rolled up in a Persian rug, whereupon the horsemen of Hulagu rode over him, because Mongols believed that the earth was offended if touched by royal blood.

Some people are not to be trifled with