One of the more amusing images to emerge from this terrible chapter in American history is the notion of Custer, cinnamon-oiled hair, trademark red scarf and that broad brimmed sombrero, riding away with Wilmer McClean’s table, strapped to the backside of his horse. 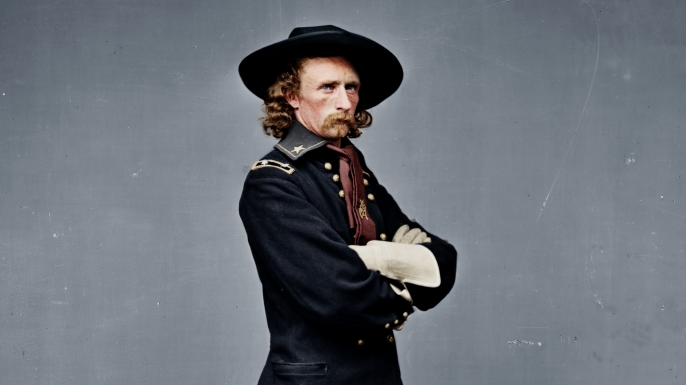 Like Edgar Allen Poe and James Whistler (“Whistler’s Mother”) before him, George Armstrong Custer was a ‘Goat’.  No, that doesn’t mean ‘Greatest of all Time’. This ‘Goat” was dead last in his class, West Point, class of 1861. Like many of his fellow goats, Custer’s contributions to history were vastly out of proportion to a less than brilliant academic record.

At 23, Custer was one of the youngest General officers in the Union army. History.com calls him the youngest, but I believe that to be in error.  That honor goes to Brigadier General Galusha Pennypacker who, at twenty years of age, was the only General Officer in American history too young to vote for the President who appointed him. 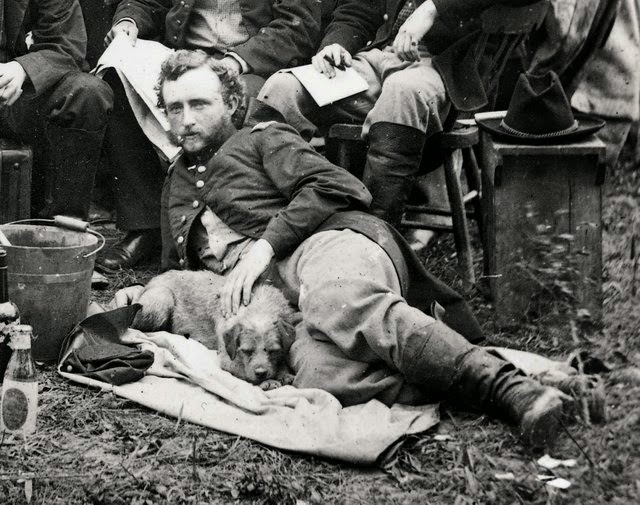 As with another goat, George Pickett, Custer’s contribution at Gettysburg came on the third day.  The Battle of Gettysburg is usually described as a contest of men on foot, that cavalry did not play much of a role. The third day, was different.

For 19th century armies, the cavalry acted as the eyes and ears of battlefield commanders. The superior mobility of men on horse allowed them to report information back on enemy troop strength and movements in a way that would have otherwise been impossible.

For the first two days at Gettysburg, “Marse’ Robert” was out of touch with cavalry commander James Ewell Brown (JEB) Stuart, leaving the General effectively blind. Stuart reappeared at the end of the second day.

On the third came Longstreet’s assault, better known as “Pickett’s charge”. 13,000 Confederate soldiers came out of the tree line at Seminary Ridge, 1¼-miles distant from the Federal line.

Prior to pushing off, Lee ordered upwards of 3,400 Confederate horsemen and 13 guns around the Union right, in support of the infantry assault against the Union center.

The “High tide of the Confederacy” is marked at a point on Cemetery Ridge, between the corner of a stone wall and a copse of trees. The farthest the remnants of Pickett’s charge made it, before being broken and driven back.

But, what if Stuart’s cavalry had come crashing into the rear of the Union line? The battle and possibly the Civil War may have ended differently, if not for Custer and his “Wolverines” of the 7th Michigan Cavalry.

Historians write of the 13,000 crossing that field, bayonets flashing and pennants snapping in the breeze. Of equal importance and yet off the main stage, is the drama which played out earlier, at the “east cavalry field”. 700 horsemen collided in furious, point-blank fighting with pistol and cutlass, just as the first Confederate artillery opened against the Union line.

Let the battle be described by one of its participants:

“As the two columns approached each other the pace of each increased, when suddenly a crash, like the falling of timber, betokened the crisis. So sudden and violent was the collision that many of the horses were turned end over end and crushed their riders beneath them”.

Stuart sent in reinforcements from all three of his brigades: the 9th and 13th Virginia, the 1st North Carolina, and squadrons of the 2nd Virginia. Custer himself had two horses shot out from under him, before his far smaller force was driven back. The wolverines of the 7th Michigan weren’t alone that day but, of the 254 Union casualties sustained on that part of the battlefield, 219 of them belonged to Custer’s brigade.

It was Custer’s cavalry who blocked Lee’s forces at Appomattox, and forced the white flag of surrender.  After the final capitulation, Major General Philip Sheridan helped himself to the table, and presented it to Custer as a gift to his wife, Libbie,   “Permit me to say, Madam,” Sheridan wrote, “that there is scarcely an individual in our service who has contributed more to bring about this desirable result than your gallant husband.” 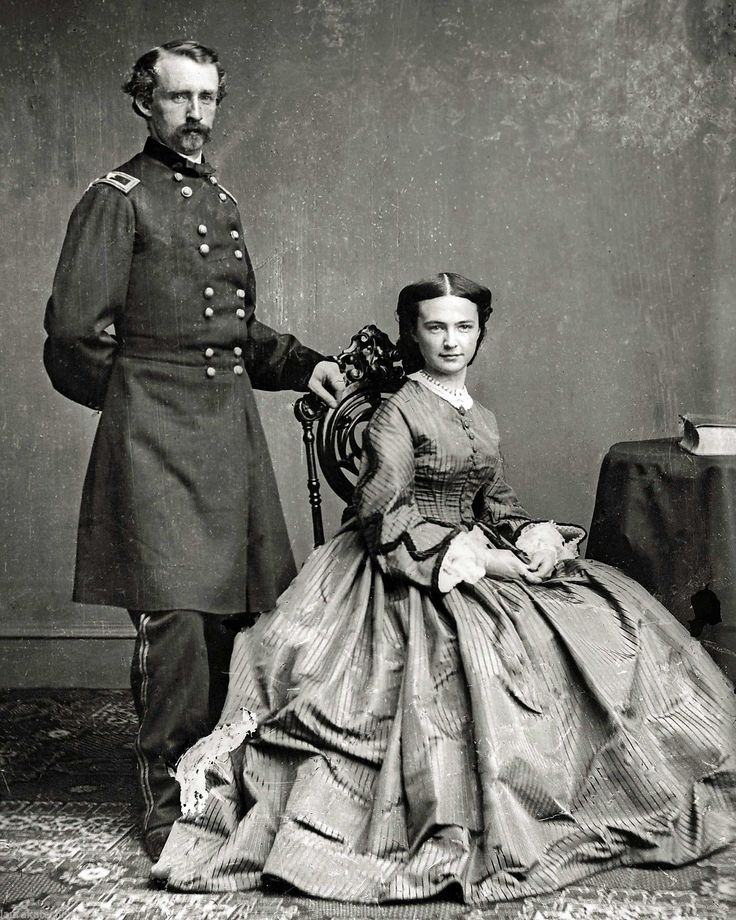 One of the more amusing images to emerge from this terrible chapter in American history is the notion of Custer, cinnamon-oiled hair, trademark red scarf and that broad brimmed sombrero, riding away with Wilmer McClean’s table, strapped to the backside of his horse.

Fun fact:  Custer served the duration of the Civil War, from 1st Bull Run (First Manassas), to Appomattox.  Another man who could say the same was Wilmer McClean, whose Manassas, Virginia home was taken as headquarters, by Confederate General PGT Beauregard.  McLean wanted to get away from it all and moved to the quiet town of Appomattox Courthouse.  It was in his parlor that General Grant met with General Lee, to discuss terms of surrender.  After the war, McClean would famously quip: “The war began in my front yard and ended in my front parlor.”

Custer’s later career as Indian fighter would be what he is best known for. On November 27, 1868, now-Lieutenant Colonel George Armstrong Custer led the 7th United States Cavalry on a surprise dawn attack against the Southern Cheyenne village of Peace Chief Black Kettle, in one of a series of battles which would end, for him, eight years later on a hillside, in the eastern Montana territory.

“What if” counterfactual scenarios can be dangerous. We can never know how a story which never happened might have played itself out. Yet I have often wondered how Gettysburg would have turned out, had 3,000 Confederate horsemen crashed into Union lines from the rear as Pickett’s, Pettigrew’s and Trimble’s men hit it from the front.

The Pennsylvania campaign was Robert E. Lee’s gamble that he could make it hurt enough, that the Federals would allow the Confederate States to go their own way.  On that third day at Gettysburg, our history could have taken a very different direction.