Television cameras were quick to arrive and covered the ordeal, live.  Those of us of a certain age remember it well. The rescue was carried from the Netherlands to Brazil,  from Germany to Hong Kong and mainland China.  Well wishers called in to local television stations, from the Soviet Union.  It seemed the whole world, stopped to watch.

Jessica McClure Morales is a West Texas Mother of two school-age children. Her life is normal in every way.  She’s a teacher’s aide.  Her husband Danny, works for a piping supply outfit.  Just a normal Texas Mom, with two kids and a puppy, playing in the yard.

On this day in 1987, Jessica McClure’s life was anything but normal.  Frightened and alone, “Baby Jessica” was stuck twenty-two feet down, at the bottom of a well.

Everything seemed so normal that Wednesday, October 14, just an eighteen-month-old baby girl, playing in the back yard of an Aunt. That old well pipe shouldn’t have been left open, but what harm could it do. The thing was only eight inches wide.

And then the baby disappeared.  Down the well.

The language does not contain a word adequate to describe the horror that young mother must have felt, looking down that pipe. 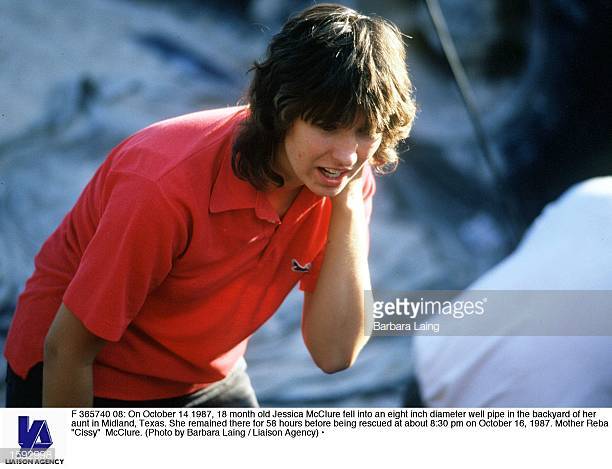 Midland Fire and Police Departments devised the plan.  A second shaft would be dug, parallel to the well.  Then to bore a tunnel, until rescuers reached the baby.  The operation would be over, by dinnertime.

The rescue proved far more difficult than first imagined.  The first tools brought on-scene, were inadequate to get through the hard rock surrounding the well.  What should have taken minutes, was turning to hours.

Television cameras were quick to arrive and covered the ordeal, live.  Those of us of a certain age remember it well. The rescue was carried from the Netherlands to Brazil,  from Germany to Hong Kong and mainland China.  Well wishers called in to local television stations, from the Soviet Union.  It seemed the whole world, stopped to watch.

Watching the evening news, it’s sometimes easy to believe that the world is going to hell.  It’s not.  What we saw for those fifty-eight hours was the True heroism and fundamental decency of every-day guys:  fathers, sons and brothers, doing what they needed to do.   We’d see it again in a New York Minute, should circumstances require.

You could watch it happen, around the clock.  Many of us did.  I remember it, each would dig until he’d drop, and then another man would take his place.  There were out-of-work oil field workers and everyday guys.   Mining engineers and paramedics.  The work was frenetic and distraught, and at the same time, agonizingly slow.

Anyone who’s used a jackhammer, knows it’s not a tool designed to be used, sideways.  Even so, they tried. A waterjet became a vital part of the rescue, a new and unproven technology, in 1987. 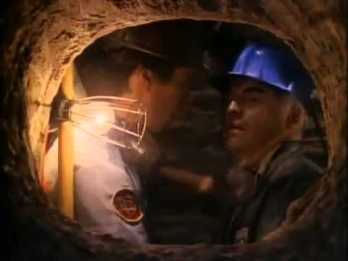 The sun went down that Wednesday and rose the following day and then it set, and still, the nightmare dragged on.

A microphone was lowered down, so doctors could hear her breathe.  She would cry, and sometimes she would sing.   A small voice drifting up from that hole in the ground, the words of “Winnie the Pooh”.

Both were good signs.  A baby could neither sing nor cry, if she could not breathe.

The final tunneling phase of the operation could only be described, as a claustrophobic nightmare.  An unimaginable ordeal.  Midland Fire Department paramedic Robert O’Donnell  was chosen, because of his small, wiry frame.  Slathered all over with K-Y jelly and jammed into a space so tight it was difficult to breathe, O’Donnell  inched his way through that black hole that Thursday night and into the small hours of Friday morning, until finally, he touched her leg.

The agony of those minutes that dragged on to hours can only be imagined.  What he was trying to do, could not be done.  In the end, O’Donnell was forced to back out of the hole, defeated. Empty handed.  As they went back to work enlarging the tunnel, the paramedic sat on a curb, and wept.

On the second attempt, O’Donnell was able wrestle the baby out of that tiny space, handing her to fellow paramedic Steve Forbes, who carried her to safety.

Baby Jessica came out of that well with her face deeply scarred, and toes turned to gangrene, for lack of blood flow.  She would require fifteen surgeries before it was over but, she was alive.

Media saturation coverage led then-President Ronald Reagan to quip, that “everybody in America became godmothers and godfathers of Jessica while this was going on.” Baby Jessica appeared with her teenage parents on Live with Regis and Kathie Lee, to talk about the incident. Scott Shaw of the Odessa American won the Pulitzer prize for the photograph, and ABC made a television movie: Everybody’s Baby: The Rescue of Jessica McClure. USA Today ranked her 22nd on a list of “25 lives of indelible impact.” Everyone in the story became famous. Until they weren’t.

In time, the scars healed for Jessica McClure.  Today she has no recollection of those fifty-eight hours.  Not so much the hero from the bottom of that hole, Robert O’Donnell. Whatever personal hell the man went through that night, alone in that blackest of places, never left his mind.  And then there was the fame.  And the adulation. And then, nothing.

Even now, we struggle to understand Post-Traumatic Stress Disorder, (PTSD), a condition which ends the lives of twenty-two of the best among us every day, and has killed more Vietnam combat veterans, than the war itself.  It was only 1987, when the Diagnostic and Statistical Manual of Mental Disorders dropped the requirement, that stressors be outside the range of normal human experience.

Robert O’Donnel took his own life on April 24, 1995.  The media declined to notice.  The stone above his grave bears the images of a cowboy hat and boots, and those of a fire hat, and the six-pointed Star of Life, symbol for emergency medical services, in nations the world over.  A “Loving Father,” who has earned the right to be remembered.