Last Week in History. In case you missed it.

August 5, 1942 Old Doctor – The man who declined Freedom, to die with the orphans he had dedicated his life, to serve.

August 6, 1940 A different Kind of Courage – In the Funhouse Mirror world of the Soviet Union, nine scientists once starved to death, in a room full of edible plant material.

August 7, 1573 El Draque – Pirate, Mariner and Explorer, the first Englishman to sail around the world, and back.

August 8, 1974 A Third-Rate Burglary – Sometimes, the cover-up is worse than the crime

August 10, 2010 An Awful Place – Life and death in the balmy vicissitudes of Antarctica, where the coldest temperature in history was recorded at -135.8°, Fahrenheit

August 11, 1885 Liberty Enlightening the World – The Story of the Statue of Liberty

Today, the idea that microrganisms such as fungi, viruses and other pathogens cause infectious disease is common knowledge, but such ideas were held in disdain among scientists and doctors, well into the 19th century. 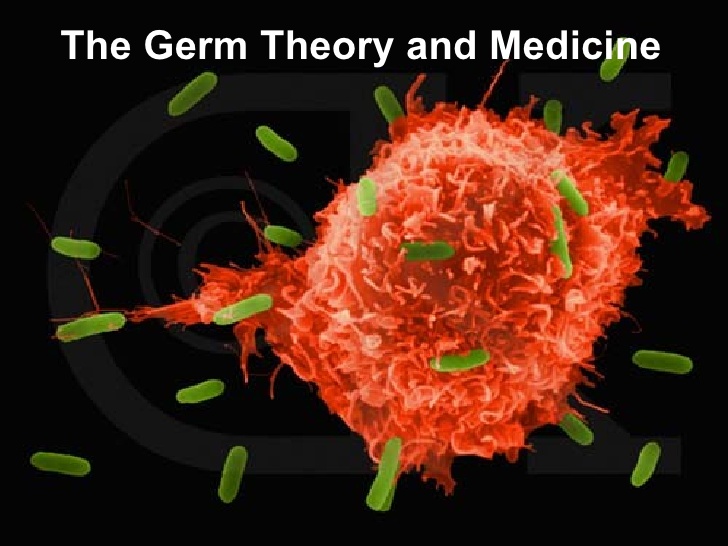 In the 12th century, French philosopher Bernard of Chartres expressed the concept of “discovering truth by building on previous discoveries”. The idea is familiar to the reader of English as expressed by the mathematician and astronomer Isaac Newton, who observed that “If I have seen further it is by standing on the shoulders of Giants.”

Nowhere is there more truth to the old adage, than in the world of medicine. In 1841, the child who survived to celebrate a fifth birthday could look forward to a life of some 55 years. Today, a five-year-old can expect to live to eighty-two, fully half again that of the earlier date.

Yet, there are times when the giants who brought us here are unknown to us, as if they had never been. One such is Dr. Ignaz Semmelweis, one of the earliest pioneers in anti-septic medicine.

Semmelweis  studied law at the University of Vienna in the fall of 1837, but switched to medicine the following year. He received his MD in 1844 and, failing to gain a clinical appointment in internal medicine, decided to specialize in obstetrics.

In the third century AD, the Greek physician Galen of Pergamon first described the “miasma” theory of illness, holding that infectious diseases such as cholera, chlamydia and the Black Death were caused by noxious clouds of “bad air”.  The theory is discredited today, but such ideas die hard.

The germ theory of disease was first proposed by Girolamo Fracastoro in 1546 and expanded by Marcus von Plenciz in 1762. Single-cell organisms – bacteria – were known to exist in human dental plaque as early as 1683, yet their functions were imperfectly understood. Today, the idea that microrganisms such as fungi, viruses and other pathogens cause infectious disease is common knowledge, but such ideas were held in disdain among scientists and doctors, well into the 19th century.

In the mid-19th century, birthing centers were set up all over Europe, for the care of poor and underprivileged mothers and their illegitimate infants. Care was provided free of charge, in exchange for which young mothers agreed to become training subjects for doctors and midwives.

In 1846, Semmelweis was appointed assistant to Professor Johann Klein in the First Obstetrical Clinic of the Vienna General Hospital, a position similar to the “chief resident,” of today.

At the time, Vienna General Hospital ran two such clinics, the 1st a “teaching hospital” for undergraduate medical students, the 2nd for student midwives.

Semmelweis quickly noticed that one in ten women and sometimes one in five, were dying in the First Clinic of postpartum infection known as “childbed fever”, compared with less than 4% at the Second Clinic.

The difference was well known even outside of the hospital. Expectant mothers were admitted on alternate days into the First or Second Clinic. Desperate women begged on their knees not to be admitted into the First, some preferring even to give birth in the streets, over childbirth in that place. The disparity between the two clinics “made me so miserable”, Semmelweis said, “that life seemed worthless”. He had to know the reason why.

Childbed or “puerperal” fever was rare among these “street births”, and far more prevalent in the First Clinic, than the Second. Semmelweis carefully eliminated every difference between the two, even including religious practices. In the end, the only difference was the people who worked there.

The breakthrough came in 1847, following the death of Semmelweis’ friend and colleague, Dr. Jakob Kolletschka. Kolletschka was accidentally cut by a student’s scalpel, during a post-mortem examination. The doctor’s own autopsy showed a pathology very similar to those women, dying of childbed fever. Medical students were going from post-mortem examinations of the dead to obstetrical examinations of the living, without washing their hands.

Midwife students had no such contact with the dead. This was it. Some unknown “cadaverous material” had to be responsible for the difference. 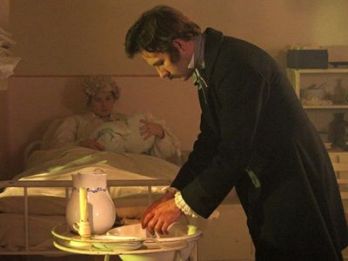 Mortality rates in the First Clinic dropped by 90%, to rates comparable with the Second. In April 1847, First Clinic mortality rates were 18.3% – nearly one in five. Hand washing was instituted in mid-May, and June rates dropped to 2.2%.  July was 1.2%. For two months, the rate was zero.

The European medical establishment celebrated the doctor’s findings, and Semmelweis was feted as a giant of modern medicine.  No, just kidding.  He wasn’t.

The imbecility of the response to Semmelweis’ findings is hard to get your head around, and the doctor didn’t help himself.  The medical establishment took offense to the idea that they themselves were the cause of the mortality problem, and that the answer lay in simple cleanliness.

Semmelweis himself was anything but tactful, publicly berating those who disagreed with his hypothesis and gaining powerful enemies.   For many, the doctor’s ideas were extreme and offensive, ignored or rejected and even ridiculed.  Are we not Gentlemen!?  Semmelweis was fired from his hospital position and harassed by the Vienna medical establishment, finally forced to move to Budapest. 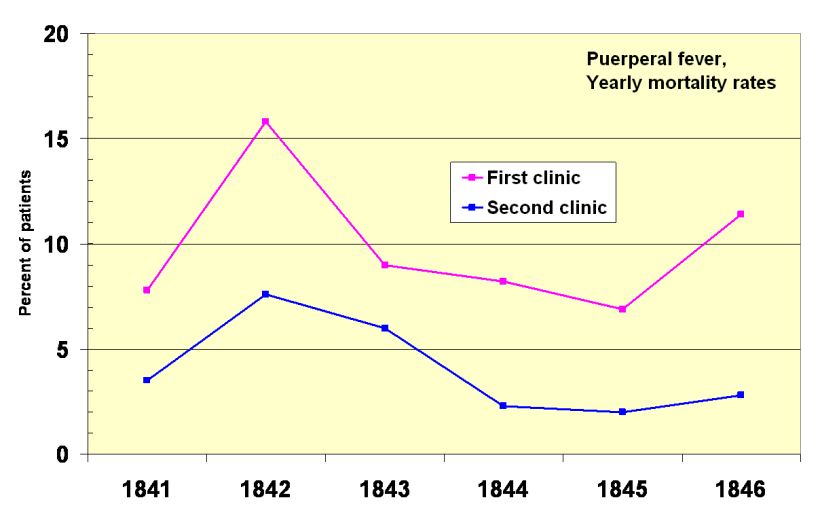 Dr. Semmelweis was outraged by the indifference of the medical community, and began to write open and increasingly angry letters to prominent European obstetricians.  He went so far as to denounce such people as “irresponsible murderers”, leading contemporaries and even his wife, to doubt his mental stability.

Dr. Ignaz Philipp Semmelweis was committed to an insane asylum on July 31, 1865, twenty-three years before Dr. Louis Pasteur opened his institute for the study of microbiology.

On August 12, 1865, British surgeon and scientist Dr. Joseph Lister performed the first anti-septic surgery, in medical history.  Dr. Semmelweis died the following day at the age of 47, the victim of a blood infection sustained following a severe beating by asylum guards.