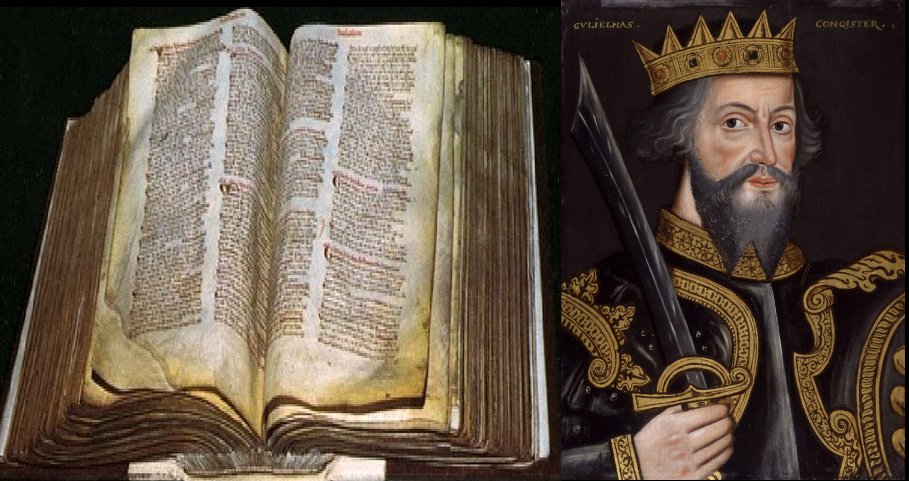 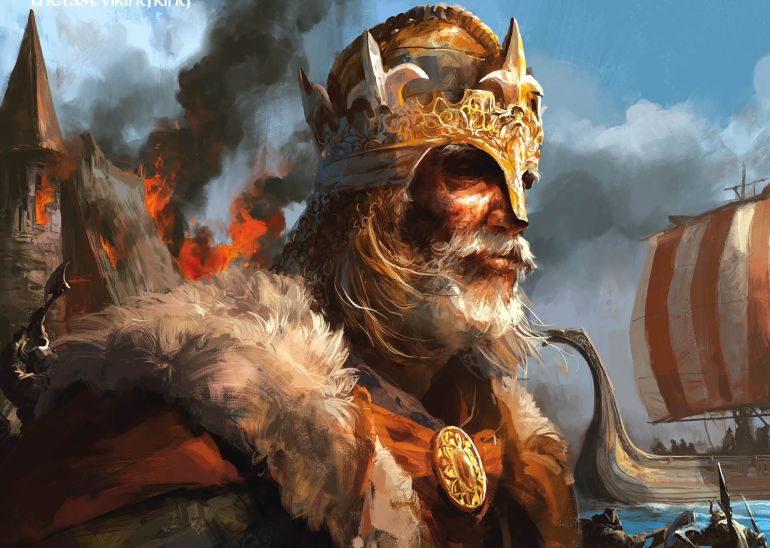 Meanwhile, King Harold was at the head of an army in the south, anticipating William’s invasion from Normandy. My military friends will appreciate what happened next.  Harold marched his army north, traveling day and night and covering 190 miles in four days, on foot, completely surprising the Viking army waiting at Stamford Bridge. The Vikings must have looked at the horizon and wondered how a peace party could raise that much dust, only to face the “gleam of handsome shields and white coats-of-mail”.

Thinking they were there to accept submission, Harald’s army had left half their numbers behind to watch the ships.  Worse still, many of Harald’s warriors had removed their heavy armor, and scattered over both sides of the River Derwent.

According to the Anglo-Saxon Chronicle, one giant Viking warrior stood alone at the top of Stamford Bridge. Swinging the great two handed Dane Axe, for a time this man held back the entire English army, crowding onto the narrow choke point.   40 English soldiers lay mangled and dead in heaps around this beast, when an English soldier moved beneath the bridge, spearing the Viking warrior from below.

The savagery of the battle can only be imagined. This was before the age of industrialized warfare, when every injury was personally administered with a bladed weapon of some kind. 5,000 of King Harold’s soldiers would be dead before it was over, about a third of his force. Two thirds of King Harald’s Vikings died that day, about 6,000.  In the end, Harald Hardrada invoked his berserkergang (the state of going berserk), and waded into his foe, madly hacking and slashing all about him until an arrow found his throat.

Thus ends the tale of the last ‘Great Viking’.  Harald was dead, as was his ally Tostig, his reward, in the words of King Harold, “Seven feet of English soil, or as much more as he is taller than other men“. 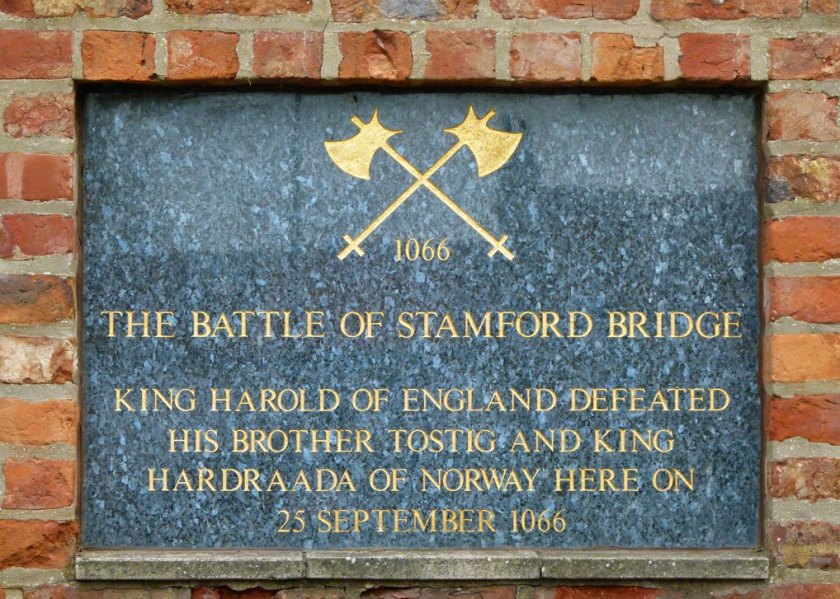 Meanwhile, William was in final preparations for his own channel crossing, a voyage many considered unlikely at that late time of year.  The Norman landing Harold had been waiting for took place three days later, just as his battered army was disbanding and heading home for the Fall harvest. 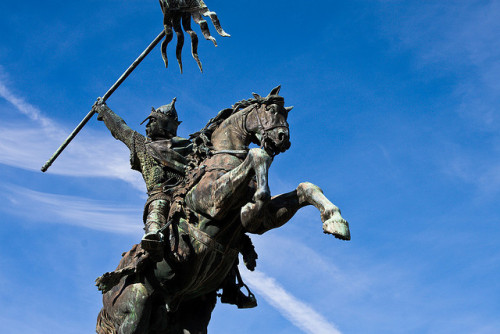 A greatly diminished Anglo Saxon army marched south, meeting the Norman invader in October, 1066.  In an age of mechanized warfare, it is odd to think you could have been on a neighboring hill, and not heard a thing.  History changed that day, when King Harold took an arrow to the eye, at a place called Hastings.   The last of the Anglo Saxon Kings, was dead.  William was crowned King of England that December.  Henceforward and forever more, William the Bastard would be known as “William the Conqueror”.

So complete was the Norman conquest that William himself was able to spend three-quarters of his time, defending his interests in France. According to these records, no more than 5% of all lands remained in English hands by 1086.

Late in the 12th century, King’s Treasurer Richard FitzNeal likened the Great Survey to the Book of Judgement, the book of “Domesday” (middle English for “Doomsday”), because its pronouncements were final and inviolate, as the Last day of Judgement.

Nothing even remotely similar to the “Domesday Book” would be attempted again, until 1873. For most English towns and villages (most but not all – no Domesday records are known to survive for London or Winchester), the Domesday book remains the starting point of history. The final and dispositive arbiter of lands and titles held, across the British Isles.