Most such outbreaks coincided with periods of extreme hardship such as crop failure, famine and floods, and involved between dozens and tens of thousands of individuals.

Amidst our people here is come
The madness of the dance.
In every town there now are some
Who fall upon a trance.
It drives them ever night and day,
They scarcely stop for breath,
Till some have dropped along the way
And some are met by death.
– Straussburgh Chronicle of Kleinkawel, 1625 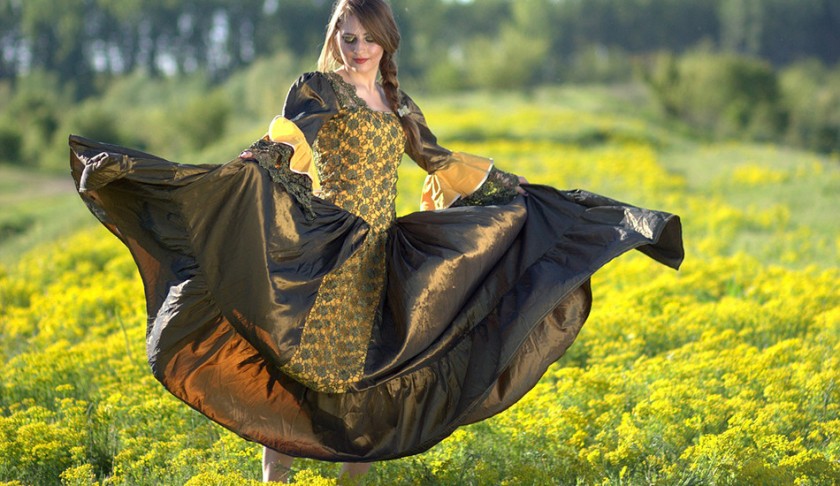 A legend of the medieval Christian church had it that, if anyone were to provoke the wrath of St. Vitus, the Sicilian saint martyred in 303AD, he would send down plagues of compulsive dancing.  One of the first outbreaks of St. Vitus’ Dance, occurred sometime in the 1020s in Bernburg, Germany. 18 peasants disturbed a Christmas Eve service, singing and dancing around the church.

In a story reminiscent of the Pied Piper of Hamelin, a large group of children jumped and danced all the way from Erfurt to Arnstadt in 1237, a distance of some sixteen miles. In 1238, 200 people jumped, twitched and convulsed on a bridge over the River Meuse, until the span collapsed.

A major outbreak St. Vitus’ Dance occurred on June 24, 1374. The population writhed and jerked through the streets of Aachen, screaming of visions and hallucinations until, one by one, each collapsed.  There, victims continued to tremble and twitch on the ground, too exhausted to stand.

Most such outbreaks coincided with periods of extreme hardship such as crop failure, famine and floods, and involved between dozens and tens of thousands of individuals.

This “choreomania”, more commonly referred to as dancing mania, spread throughout Europe, fanning out to Cologne, Flanders, Franconia, Hainaut, Metz, Strasbourg, Tongeren and Utrecht. Further outbreaks were reported in England and the Netherlands.

One Frau Troffea began to dance in a street in Strasbourg in July 1518, going at it somewhere between four to six days. 34 joined in by the end of a week.  Within the month there were 400 more. Many of this primarily female group actually danced themselves to death, succumbing to heart attack or stroke.  Others collapsed in exhaustion, their bloody feet no longer able to hold them up.

According to one report, the dancing plague was killing fifteen people every day.

Reactions varied. Some thought those suffering from dance mania were possessed by the devil, others by ‘hot blood’. Doctors were called, who advised that the Dance be allowed to run its course. Bands were hired and one town even built a dance floor, to contain the phenomenon.

There were no fewer than seven distinct outbreaks of the dancing plague during the medieval period, and one in Madagascar as late as 1840.

Even today there is little consensus about what caused the phenomenon. Some have blamed “St Anthony’s Fire”, a toxic and psychoactive fungus of the Claviceps genus, also known as ergot.  Often ingested with infected rye bread, symptoms of ergot poisoning are not unlike those of LSD, and include nervous spasms, psychotic delusions, spontaneous abortion, convulsions and gangrene resulting from severe vasoconstriction.

Many associate the Salem witchcraft hysteria of 1692 with ergot poisoning but, for others, such explanations are wanting.  Both the dancing episodes of earlier centuries and the witchcraft chapter involved lucid and deliberate action, far more than the convulsions and involuntary spasms associated with ergotism.

Others describe the Dancing Plague phenomenon as some kind of mass psychosis, brought on by the Bubonic Plague.  The Black Death, a pandemic which killed 75-100 million people around the earth, in a world with a population of 450 million.  The explanation seems as plausible as any.  The modern mind is incapable of understanding (at least mine is) what it is to live in a world where one in every four-to-five people on the planet is dead, killed by a horror not one of them understands.

Today, a calamity of such magnitude would kill over 1.5 Billion souls.