The two men bonded almost immediately, forming a relationship closely resembling that of father and son.  The fatherless young French officer, and the father of his country who went to his grave, childless.

There are a handful of men who were indispensable to the American Revolution, men without whom the war effort would have been doomed to failure.

One, of course is George Washington, who became commander in chief before he had an army, before there was even a country. Washington took command of a rebel army with barely enough powder for nine shots per man, knowing all the while that, if caught, the penalty at that time for high treason was to be drawn, quartered and disemboweled, before the dying eyes of the prisoner so convicted.

Another Indispensable would have to be Benjamin Franklin, whose diplomatic skills and unassuming charm elevated him to the status of a rock star among the circles of power at Versailles. It was Benjamin Franklin who transformed the French nation from mildly interested spectator to a  crucially important ally.

Lafayette was all of nineteen when he arrived in North Island South Carolina on June 13, 1777.

The French King had forbidden him from coming to America, fearing his capture by British agents. Lafayette wanted none of it. His own father, also the Marquis de Lafayette, was killed fighting the British when the boy was only two. The man was going to take part in this contest, if he had to defy his King to do it.

Lafayette disguised himself on departure, and purchased the entire ship’s cargo with his own money, rather than landing in Barbados and thus exposing himself to capture.

Franklin had written to Washington asking him to take the young man on, in hopes of securing an increase in French aid to the American war effort.

The two men bonded almost immediately, forming a relationship closely resembling that of father and son.  The fatherless young French officer, and the father of his country who went to his grave, childless.

Lafayette wrote home to his wife in 1778, from Valley Forge. “In the place he occupies, he is surrounded by flatterers and secret enemies. He finds in me a trustworthy friend in whom he can confide and who will always tell him the truth. Not a day goes by without his talking to me at length or writing long letters to me. And he is willing to consult me on most interesting points.”

Lafayette served without pay, spending the equivalent of $200,000 of his own money for the salaries and uniforms of staff, aides and junior officers. He participated in several Revolutionary War battles, including Brandywine, Monmouth Courthouse and the final siege at Yorktown.

All the while, Lafayette periodically returned to France to work with Franklin in securing thousands of additional troops and several warships to aid in the war effort.

Lafayette’s wife Adrienne gave birth to their first child on one such visit, a baby boy the couple would name Georges Washington Lafayette.

It was a small force under Lafayette that took a position on Malvern Hill in 1781, hemming in much larger British forces under Lord Cornwallis at the Yorktown peninsula.

Cornwallis surrendered on October 19, 1781, after which Lafayette returned to France.

The Marquis played an important role in his own country’s revolution, becoming a Commander of the French National Guard. When the Bastille was stormed by an angry mob in 1789, Lafayette was handed the key. Lafayette later sent the key to the Bastille to George Washington, as a “token of victory by Liberty over Despotism”. Today that key hangs in the main hallway at Washington’s mansion at Mount Vernon. 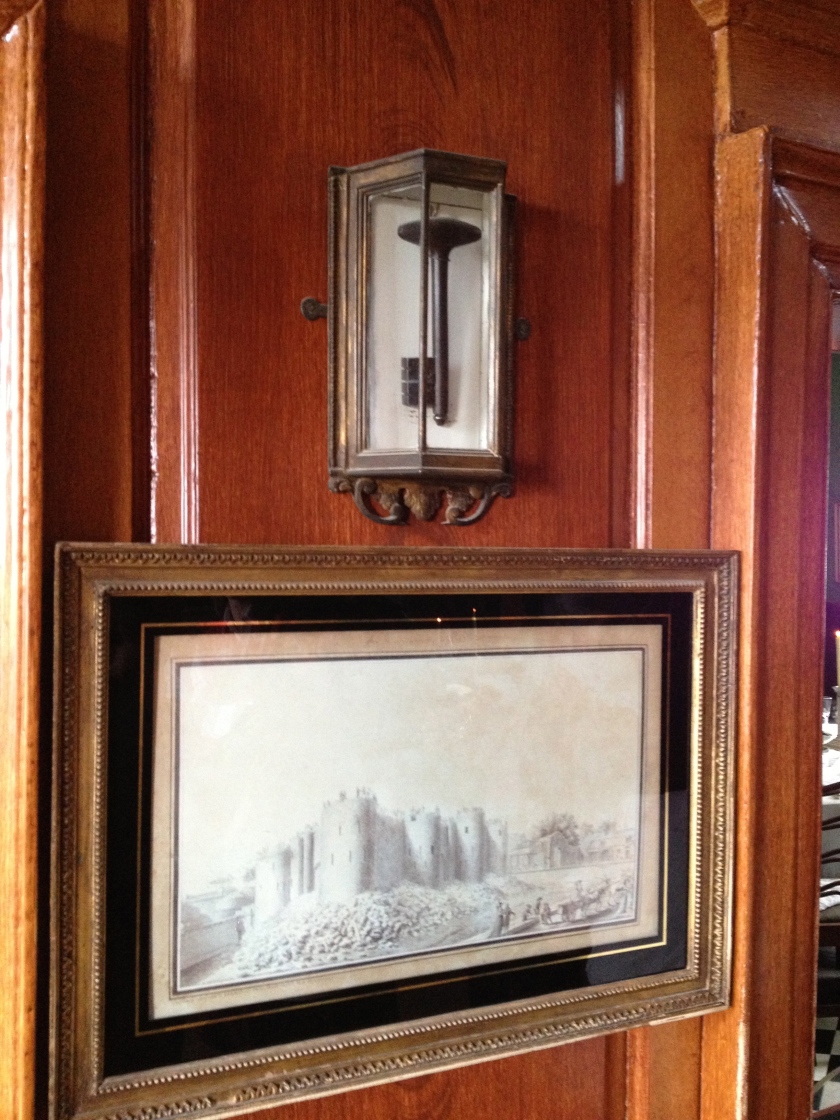 When the French Marquis died in 1834, President Andrew Jackson ordered that he be accorded the same funeral honors which President John Adams bestowed on George Washington himself, back in 1799. John Quincy Adams delivered the three-hour eulogy in Congress, saying “The name of Lafayette shall stand enrolled upon the annals of our race high on the list of the pure and disinterested benefactors of mankind.” 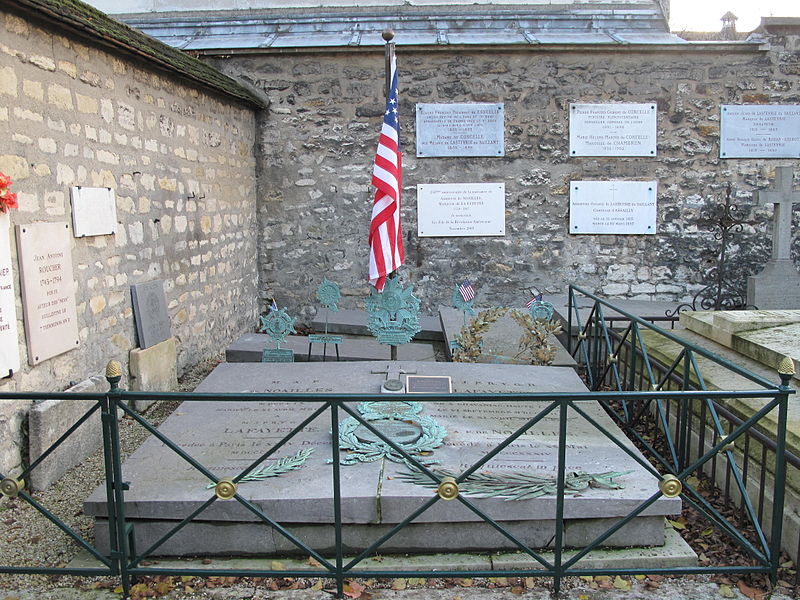 The Marquis de Lafayette lies under several feet of earth shipped to France from Bunker Hill on the Charlestown peninsula, in obedience to one of his last wishes.  He had always wanted to be buried under American soil.