For want of a nail the battle was lost… 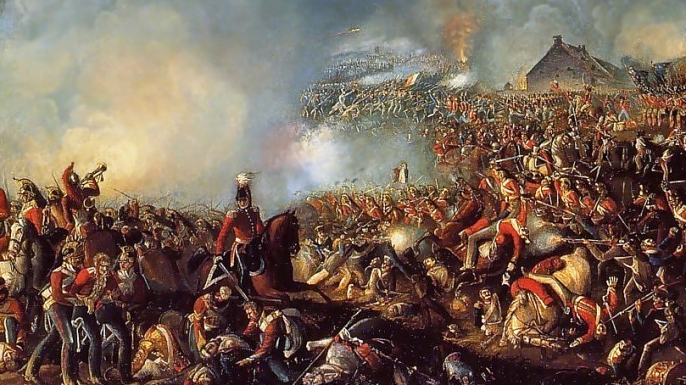 The Napoleonic Wars began in 1799, pitting the Grand Armée of Emperor Napoleon Bonaparte against a succession of international coalitions. The first five such coalitions formed to oppose him would go down to defeat.

The empire of Czar Alexander I had long traded with Napoleon’s British adversary. Napoleon invaded Russia in 1812 intending to cut off that trade, but made the same mistake which Adolf Hitler would make, 130 years later. He failed to account for Russia’s greatest military asset – General Winter.

For months, Napoleon’s army pressed ever deeper into Russian territory, as Cossack cavalry burned out villages and fields to deny food or shelter to the advancing French army. Napoleon entered the Russian capital of Moscow that September, with expectations of capitulation.  Instead, he got more scorched earth.

With the dread Russian winter coming fast, there was no choice but to turn about. Starving and exhausted with no winter clothing, stragglers were frozen in place or picked off by villagers or pursuing Cossacks. From Moscow to the frontiers you could follow their retreat, by the bodies they left in the snow. 685,000 had crossed the Neman river on June 24. By mid-December, barely 27,000 straggled home from Russian soil.

The War of the 6th Coalition ended in 1814 with Bonaparte’s defeat and exile to the Mediterranean island of Elba, and the restoration to the throne of the Bourbon King Louis VXIII. The Emperor returned at the head of another army, in 111 days.

The Congress of Vienna declared Napoleon an outlaw on March 13, 1815, when Austria, Prussia, Russia and the United Kingsom bound themselves to put 150,000 men apiece into the field to end his reign.

Napoleon struck first, taking 124,000 men of l’Armee du Nord on a pre-emptive strike against the Allies in Belgium. Intending to attack Coalition armies before they combined, he struck and defeated the Prussian forces of Gebhard von Blücher near the town of Ligny.

Napoleon then turned his attention to the coalition forces under Lord Arthur Wellesley, Duke of Wellington, who fell back to a carefully selected position on a long east-west ridge at Mont St Jean, a few miles south of the village of Waterloo.

It rained all day and night, that Saturday. Napoleon waited for the ground to dry on the morning of June 18, launching his first attack before noon.  Wellington’s Prussian allies were still five hours away. The 80 guns of the Grande batterie opened fire at 11:50, while Wellington’s reserves sheltered out of sight on the reverse slope of the Mont St. Jean ridge. French infantry swarmed the stone buildings of the Château Hougomont on Wellington’s right, and La Haye Sainte on his left. 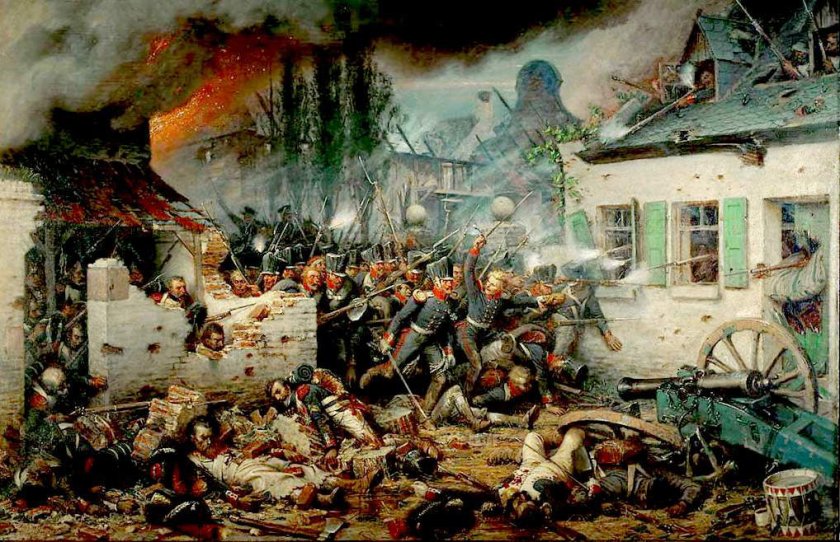 Most French infantry reserves were committed by 4:00pm, when Marshall Ney ordered the massed cavalry assault. Colonel Cornelius Frazer watched the mass of riders  and thought to himself: “They are going to roll over us.” In a flash, Frazer ordered: “Form squares!”  9,000 cuirassiers charged up the hill as Wellington’s artillery responded with canister and shot, turning their cannon into giant shotguns tearing holes in the French ranks.

It was common practice of the time to “spike” enemy cannon, driving a nail into the touchhole and disabling the weapon. Marshal Ney’s aide Colonel Pierre-Agathe Heymès, frantically cried out “Les clous!” “Nails! Spike the guns!”

Not one rider had thought to bring them. 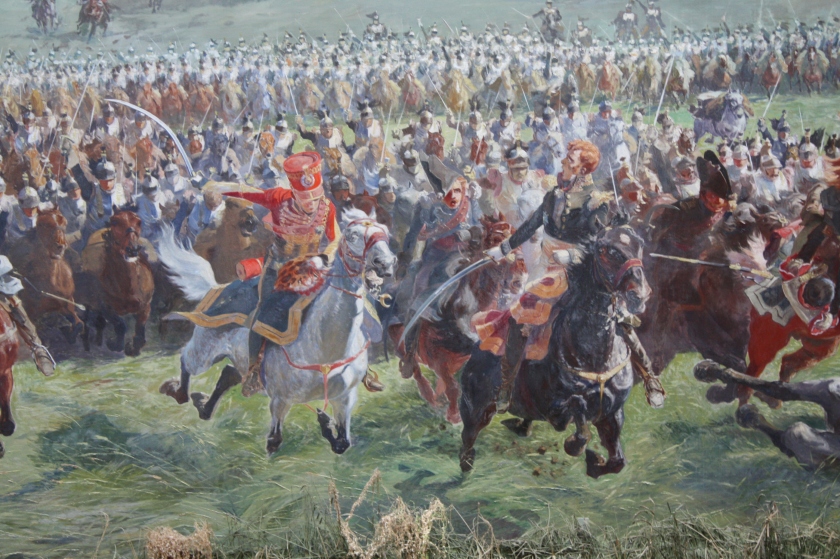 Newly arrived Prussians were pouring in from the right at 7:30 when Napoleon committed his 3,000 man Imperial Guard. These were Napoleon’s elite soldiers, almost seven feet tall in their high bearskin hats. Never defeated in battle, they came up the hill intending to roll up Wellington’s center, away from their Prussian allies. 1,500 British Foot Guards were lying down to shelter from French artillery. As the French lines neared the top of the ridge, the English stood up, appearing to rise from the ground and firing point blank into the French line.

The furious counter assault which followed caused the Imperial Guard to waver, and then retreat. Someone shouted “La Garde recule. Sauve qui peut!” (“The Guard retreats. Save yourself if you can!”), as the Allied army rushed forward and threw themselves on the retreating French. 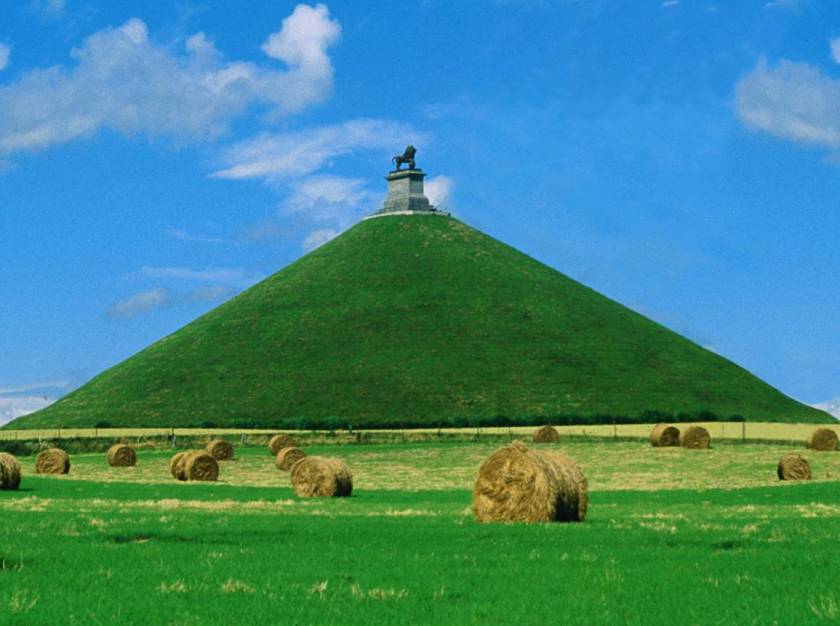 As night fell, hundreds of locals emerged with hammers, pliers and chisels, combing the battlefield to remove the teeth of tens of thousands of dead and dying soldiers. Demand for human teeth was high and looters sold them by the tens of thousands, to dentists, who formed them into dentures. According to England’s National Army Museum, British dentists did nothing to conceal where they came from, advertising their appliances as “Waterloo teeth.” As late as the American Civil War, English dentists continued to do a brisk trade in “Waterloo ivory.”

Estimates of the total killed and wounded in the Napoleonic wars range from 3.5 to 6 million. Until Waterloo, Napoleon Bonaparte participated in, and won, more battles than Julius Caesar, Hannibal, Frederick the Great, and Alexander the Great.  Combined. 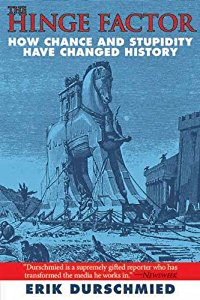 Austrian military history professor Erik Durschmied wrote in his excellent book`The Hinge Factor‘, of the times when serendipity,  ‘chance and stupidity have changed history.’  According to Wellington, the Battle of Waterloo was “the nearest-run thing you ever saw in your life.” The French defeat was comprehensive.  Bonaparte was captured and exiled, this time to a speck in the North Atlantic called Saint Helena.  All, for a handful of nails.