At best, the passionate denunciation of anti-Semitism left in the wake of the Dreyfus affair, “l’Affaire”, would ennoble and elevate French politics.  At worst, the episode revealed and hardened divisions within the French state which would weaken the nation into 1914, and beyond. 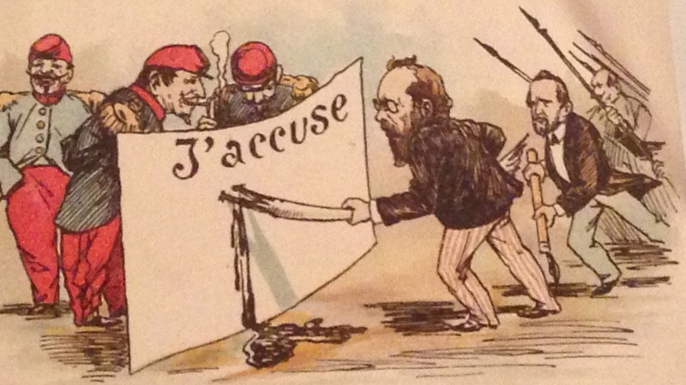 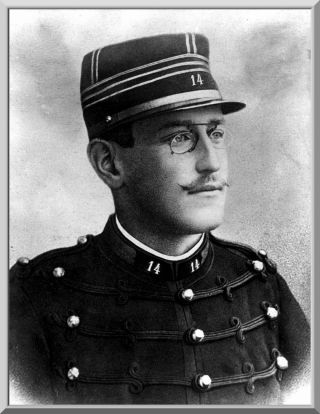 In the late 19th century, Europe was embarked on yet another of its depressingly regular paroxysms of anti-Semitism, when a French Captain of Jewish Alsatian extraction by the name of Alfred Dreyfus was arrested, for selling state secrets to Imperial Germany.

At this time the only Jewish member of the French Army General Staff, the “evidence” against Dreyfus was flimsy, limited to an on-the-spot handwriting analysis of a tissue paper missive written to the German Embassy.

“Expert” testimony came from Alphonse Bertillon, inventor of the crackpot theory of Anthropometry, the “measurement of the human individual”.

No handwriting expert, Bertillon opined nevertheless, that Dreyfus’ handwriting was similar to that of the sample, articulating a cockamamie theory he called “autoforgery” to explain the differences.

Chief Inspector Lieutenant-Colonel Charles Armand Auguste Ferdinand Mercier du Paty de Clam, himself no handwriting expert, agreed with Bertillon. With no file to go on and despite the feebleness of the evidence, de Clam summoned Dreyfus for interrogation on October 13, 1894.

Dreyfus maintained his innocence during the interview, with his interrogator going so far as to slide a revolver across the table, silently suggesting how Dreyfus might put an end to his ordeal.

Du Paty arrested Dreyfus two days later, informing the captain that he was to be brought before a court martial.

Despite the paucity of evidence, the young artillery officer was convicted of handing over State Secrets in November 1894, and sent to the penal colony at Devil’s Island in French Guiana, where he spent nearly five years.

A simple miscarriage of justice elevated into a national scandal two years later, when Lieutenant Colonel Georges Picquart found evidence that French Army major Ferdinand Walsin Esterhazy as involved in espionage, and it was his handwriting on the letter which was used against Dreyfus.

Esterhazy was brought to trial in 1896.  Picquart’s discovery being inconvenient for his superiors, the Lt. Col. was sacked, and later arrested.  Then-Major Hubert-Joseph Henry, he who discovered the letter in the first place, suppressed some pieces of evidence, and invented others.

Esterhazy was acquitted on the second day of trial. The military dug in, accusing Dreyfus of additional crimes based on false documents, as indignation at the obvious frame-up, began to spread.

Most of the political and military establishment lined up against Dreyfus. The public outcry became furious in January 1898 when author Émile Zola published a bitter denunciation in an open letter to the Paris press, entitled “J’accuse” (I Blame).

Zola’s accusations against the Ministry of War would earn the writer a trial and conviction for libel, resulting in a year in prison and a fine of 3,000 francs.

Liberal and academic activists put pressure on the government to reopen the case. On June 5, 1899, Alfred Dreyfus learned of the Cour de cassation, (French Supreme Court’s) decision to revisit the judgment of 1894, and to return him to France for a new trial.

By New Year’s eve 1898, Hubert-Joseph Henry had become ‘Faux Henry”, his forgeries discovered.   Halfway to the bottom of a bottle of rum, Henry took out a pen and wrote “I am like a madman”.  He then took out a shaving razor, and slit his throat.

For Dreyfus, the new trial was a circus.   The political and military establishments stonewalled.  One of two attorneys for the defense was shot in the back, on the way to court. The judge dismissed Esterhazy’s testimony, even though the man had by now confessed to the crime. The new trial resulted in yet another conviction.  Dreyfus was sentenced to another ten years in the Guiana penal colony.

This time, Dreyfus was set free with a Presidential pardon. A good thing it was, too. The man would not have survived another ten years in that place.

Alfred Dreyfus accepted the act of clemency, but reserved the right to do everything he could, to prove his innocence.  Final exoneration came in July 1906, when a civilian court of appeals reversed all previous convictions.  Dreyfus was reinstated to the rank of Major in the French Army, where he served with honor for the duration of WWI, ending his service with the rank of Lieutenant-Colonel.

The chasm remaining between left-wing anti-militarists and right-wing nationalists would haunt French life, for years.  At best, the passionate denunciation of anti-Semitism left in the wake of the Dreyfus affair, “l’Affaire“, would ennoble and elevate French politics.  At worst, the episode revealed and hardened divisions within the French state which would weaken the nation into 1914, and beyond.