The younger Kipling would not survive his father. He entered the First World War, and disappeared in the Battle of Loos, in 1915. His body was never found. The elder Kipling’s gift would live on, the words of fatherly advice to an only son, in a poem he called “If”. 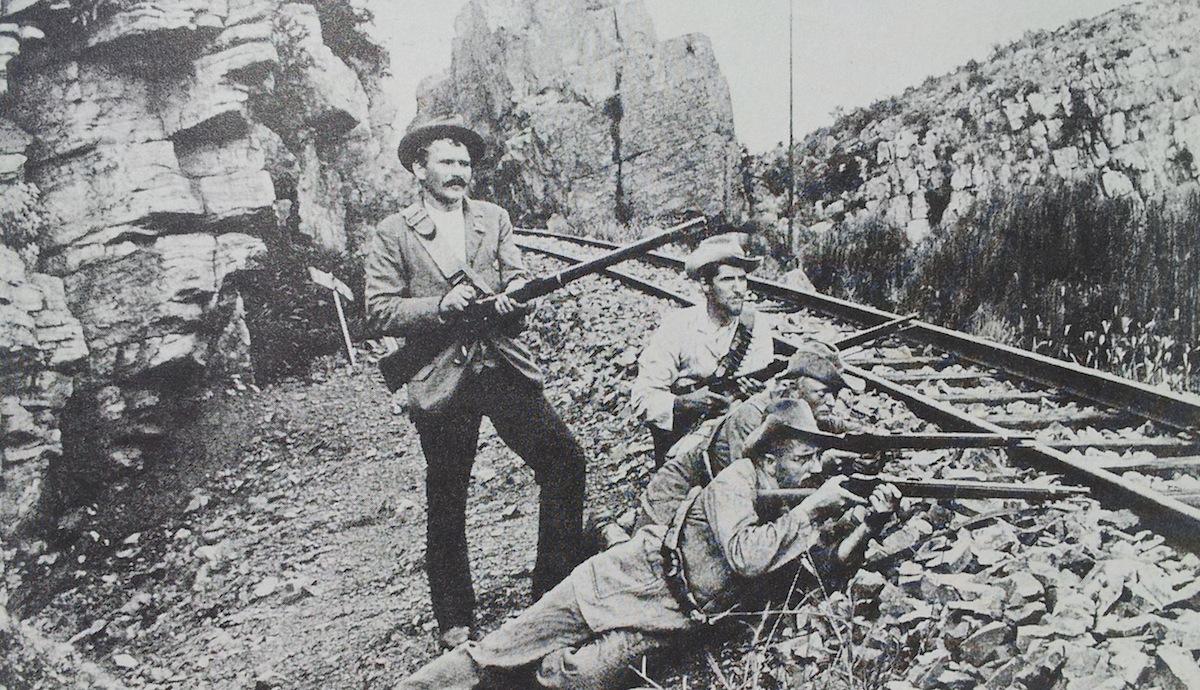 It was the 9th of February, 1853, in Edinburgh, Scotland. Robert William Jameson went for a walk, while his wife and mother of his 11 children, a woman with the unlikely name of Christian Pringle, labored to deliver their 12th child. Jameson slipped on a grassy embankment and into a frigid canal, where he would have drowned if not for the kindly stranger who fished him out. The man said he was an American, named Leander Starr.  Before the day was over, Starr was godfather to a newborn Scottish baby boy.  Leander Starr Jameson.

Forty years later and half a world away, what would one day become South Africa was divided into four entities: the two British possessions of Cape Colony and Natal, and the two Boer (Dutch) Republics of the Orange Free State and the South African Republic, better known as Transvaal. Of the four states, Natal and the two Boer Republics were mainly agricultural, populated by subsistence farmers. The Cape Colony was by far the largest, dominating the other three economically, culturally, and socially.

There was considerable friction between Dutch and English settlers, stemming largely from differing attitudes toward slavery. British authorities passed legislation back in 1828, promising equal treatment for all under the law, regardless of race. Boer farmers argued that they needed forced labor to make their farms work, and that slaveholders were too little compensated upon emancipation.

The situation was exacerbated in 1867, with the discovery of vast diamond deposits near modern day Kimberly, in Orange Free State territory. The Cape soon annexed the territory as its own, which I think is a fancy term for “stole”.  The Boers found themselves between the proverbial rock and a hard place, pressed by the British from the south and west, and by the Zulu “Impi” (army) of King Cetshwayo kaMpande to the north. War broke out between the two sides in 1880-81, called the “First Anglo-Boer War” by one side; the “First Freedom War” by the other.

Gold was discovered near Johannesburg in 1886, massive amounts of it, drawing tens of thousands of “Uitlanders”:  English, American and Australian foreigners, in search of employment and fortune.

Governor of the Cape Colony Cecil Rhodes wanted to incorporate the Transvaal and the Orange Free State into a single federation under British control, while the Transvaal government of Paul Kruger feared just that. Soon outnumbered by Uitlanders two to one, Transvaal limited the right to vote to those having many years’ residency, and imposing heavy taxes on gold mining profits.

By mid-1895, Rhodes had concocted a plan. In a scheme which could only be described as hare-brained, he would send an armed raid into Johannesburg, inciting an uprising of Uitlanders, with the aim of stepping in to take control. Back in London, the father of future Prime Minister Neville Chamberlain, British Colonial Secretary Joseph Chamberlain, thought that was a swell idea, and did everything he could to encourage it.

On December 29, 1895, 400 Matabeleland Mounted Police and 200 assorted volunteers crossed from Rhodesia into Transvaal, with Leander Starr Jameson at their head.

The raid was a humiliating failure.  They cut a wire fence, thinking it was a telegraph wire.  Transvaal authorities were tracking them from the moment they crossed the border. Meanwhile, Chamberlain got cold feet, saying that “if this succeeds it will ruin me. I’m going up to London to crush it”. Chamberlain ordered Sir Hercules Robinson, Governor-General of the Cape Colony, to repudiate the raid, threatening Rhodes and calling on British settlers in the Transvaal not to lend any aid to the raiders.

After several sharp encounters with dug in and well-prepared defenders, what remained of the raiders entered Pretoria on January 2, in chains. The Transvaal government received almost £1 million compensation from the British South Africa Company, turning their prisoners over to be tried by the British government. Jameson was convicted of leading the raid and sentenced to 15 months in prison.

During the whole ordeal, he never revealed the degree to which British politicians supported the raid, or the way they had betrayed him in the end.

So impressed was the poet, Rudyard Kipling, with Jameson’s display of stoicism under adversity, that he wrote a poem about it in 1895, later giving it to his son, Lieutenant John Kipling.

The younger Kipling would not survive his father. He entered the First World War, and disappeared in the Battle of Loos, in 1915. His body was never found.

The elder Kipling’s gift would live on, the words of fatherly advice to an only son, in a poem he called “If”. 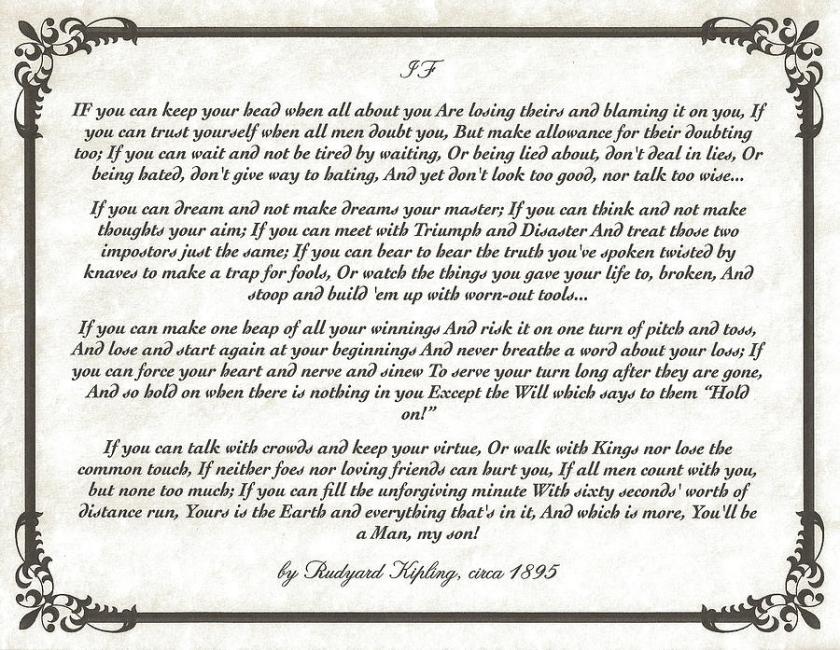