In the “Democratic People’s Republic of Korea” (DPRK), Kim Il-sung built a cult of personality, a communist totalitarian dictatorship established under an ideology known as “Juche”, (JOO-chay) 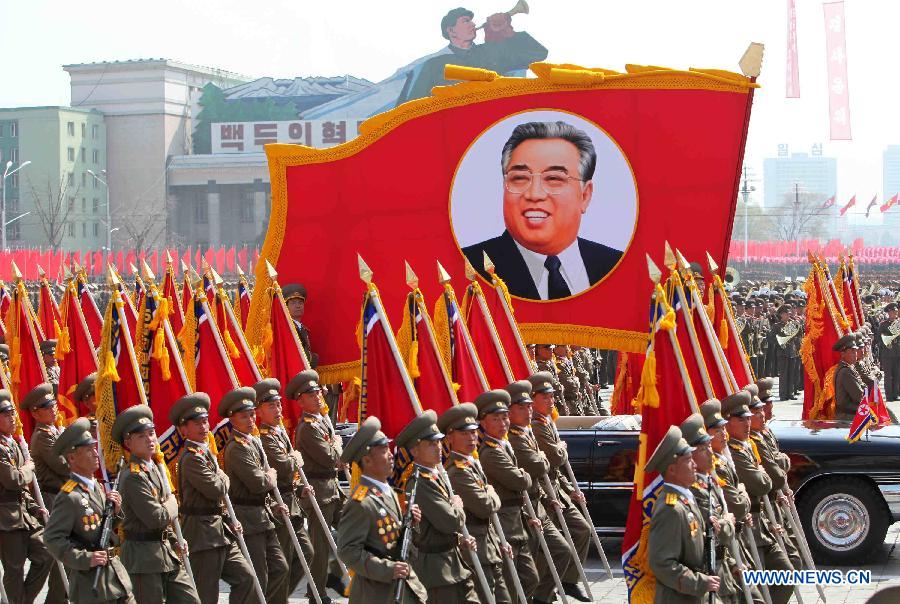 We tend to look at WW2 in a kind of historical box, with a beginning and an end.  In reality, we feel the effects of WWII to this day.  Just as the modern boundaries (and many of the problems) of the Middle East were shaped by WWI, the division of the Korean Peninsula was borne of WWII.

Korea’s brief period of modern sovereignty ended in 1910, when the country was annexed by Imperial Japan. After the Japanese surrender in 1945, Korea was divided into two occupied zones; the north held by the Soviet Union and the south by the United States.

The Cairo Declaration of 1943 called for a unified Korea, but cold war tensions hardened the separation. By 1948, the two Koreas had separate governments, each with its own diametrically opposite governing philosophy.

Kim Il-sung came to power in North Korea in 1946, nationalizing key industries and collectivizing land and other means of production. South Korea declared statehood in May 1948, under the vehemently anti-communist military strongman, Syngman Rhee.

Both governments sought control of the Korean peninsula, but the 1948-49 withdrawal of Soviet and most American forces left the south holding the weaker hand. Escalating border conflicts along the 38th parallel led to war when the North, with assurances of support from the Soviet Union and Communist China, invaded South Korea in June 1950.

Sixteen countries sent troops to South Korea’s aid, about 90% of whom were Americans.  The Soviets sent material aid to the North, while Communist China sent troops. The Korean War lasted three years, causing the death or disappearance of over 2,000,000 on all sides, combining military and civilian.

The Korean War ended in July 1953.  The two sides technically remain at war to this day, staring each other down over millions of land mines in a fortified demilitarized zone spanning the width of the country. 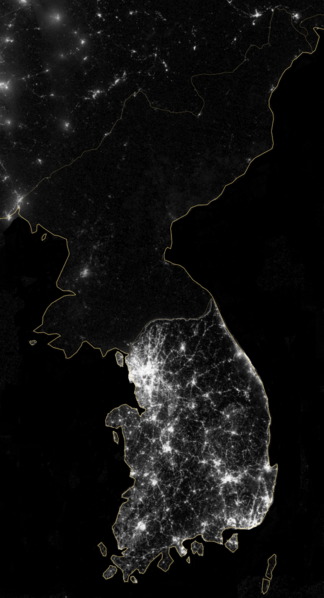 The night-time satellite image of the two Koreas, tells the story of what happened next.  In the south, the Republic of Korea (ROK) developed into a successful constitutional Republic, a G-20 nation with an economy ranking 11th in the world in nominal GDP, and 13th in terms of purchasing power parity.

In the “Democratic People’s Republic of Korea” (DPRK), Kim Il-sung built a cult of personality, a communist totalitarian dictatorship established under an ideology known as “Juche”, (JOO-chay).

The term translates as “independent stand” or “spirit of self-reliance”, its first known reference in a speech given by Kim Il-sung on December 28, 1955.  Theoretically based on independent thought, economic self-sufficiency and self-reliance in defense, “independence” applies to the collective, not to the individual, from whom absolute loyalty to the revolutionary party leader is required.

In practice, this principle puts one man at the center and above it all.  According to recent amendments to the DPRK constitution, that man will always be a well-fed member of the Kim family. 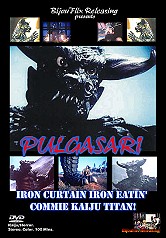 Son of the founder of the Juche Ideal, Kim Jung Il, was an enthusiastic film buff. In a move that would make Caligula blush, Kim had South Korean film maker Shin Sang Ok kidnapped along with his actress ex-wife, Choi Eun Hee. After four years spent starving in a North Korean gulag, the couple accepted Kim’s “suggestion” to re-marry and go to work for him, producing the less-than-box-office-smash “Pulgasari”, a kind of North Korean Godzilla film.

The couple escaped, unlike untold numbers of unfortunates “recruited” with the help of chloroform soaked rags.

North Korea broke ground on the Ryugyong hotel in 1987, just in time for the Seoul Olympics the following year. 105 stories tall with eight revolving floors, the Ryugyong would be the tallest hotel in the world, if it ever opens.

Begun thirty years ago by the grandfather of the current “Dear Leader”, the “Hotel of Doom” is still under construction.  The project appears to hold particular significance for Kim Jung Un, who probably needs to show that he can get things done.  Perhaps 2018 will be the year.  For now, Travelocity notes under all its Pyongyang attractions: “Our online travel partners don’t provide prices for this accommodation, but we can search other options in Pyongyang”.

As the tallest unoccupied building in the world rose above the streets of Pyongyang, anywhere from 1 to 3 million North Koreans starved to death during the 1990s.

Authorities warned the nation of yet another famine impending in March 2016, the state-run newspaper Rodong Sinmun editorializing that “We may have to go on an arduous march, during which we will have to chew the roots of plants once again.”

The DPRK government enforces its will with a murderous system of gulags, torture chambers and concentration camps, complete with crematoria.  A 2014 UN report estimated that “hundreds of thousands of political prisoners” have died in North Korean gulags over the past 50 years amid “unspeakable atrocities.” 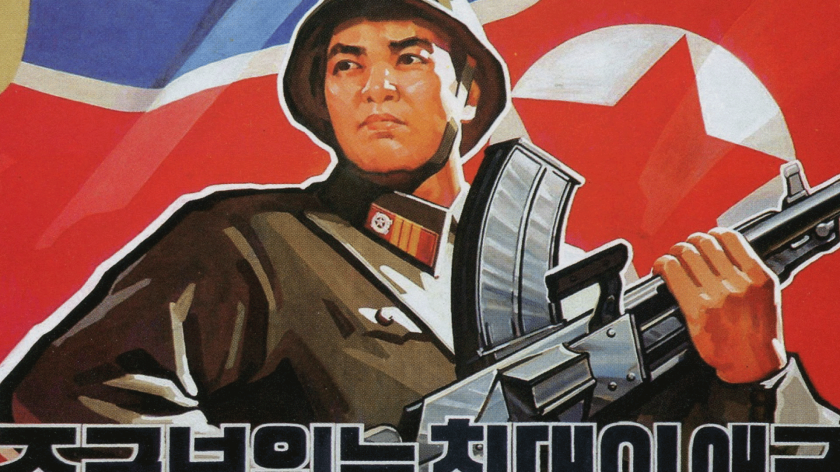 As of 2010, the DPRK Military had 7,679,000 active, reserve, and paramilitary personnel, in a nation of 25,000,000. Over 30% of the nation’s population, absorbing nearly 21% of GDP. Today, that military is under the personal control of a 33-year old who had his half-brother assassinated in Kuala Lumpur, using VX nerve gas.

The Islamic Republic of Iran (IRI) and the “Hermit Kingdom” in North Korea have had more or less “normal” relations, since the 1979 Iranian Revolution.  The relationship isn’t all moonbeams and lollipops, but a cordial hatred for the United States have bound the two together, the last remaining members of President George W. Bush’ “Axis of Evil”. 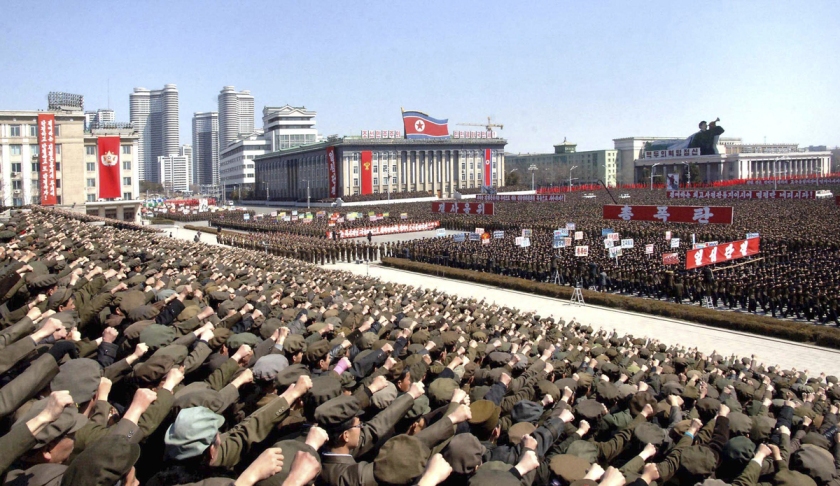 Recently, the Obama administration concluded a nuclear “deal” with Iran, replete with secret “side deals” and sealed with pallets of taxpayer cash.  CIA Director John Brennan conceded last September that his agency is “monitoring” whether North Korea is providing Iran with clandestine nuclear assistance.  It doesn’t seem a stretch.  There have been arms sales and “peaceful nuclear cooperation” between the two, since the 1980s.

The relationship between the two is now guided by the steady hands of the “Death to America” mullahs, and a man who banished Christmas and ordered North Koreans to worship his grandmother, as a god.   Two among five nations on earth, designated by the US State Department, as “State Sponsors of Terrorism.”  I can’t imagine what could go wrong.