On July 30, 1916, the Black Tom terminal had over two million pounds of ammunition in freight cars, and one hundred thousand pounds of TNT on a nearby Barge. 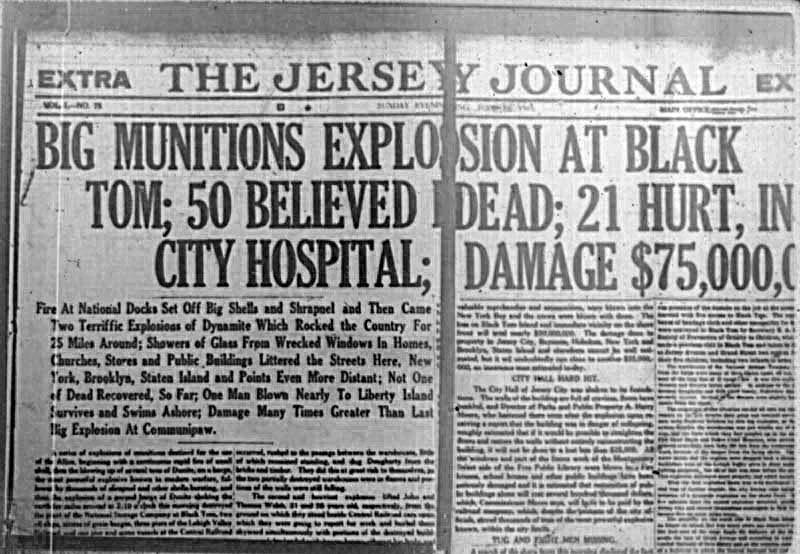 In the early months of World War I, Britain’s Royal Navy swept the seas of the Kaiser’s ships and blockaded ports in Germany. The United States was neutral at the time, and more than a hundred German ships sought refuge in US harbors. 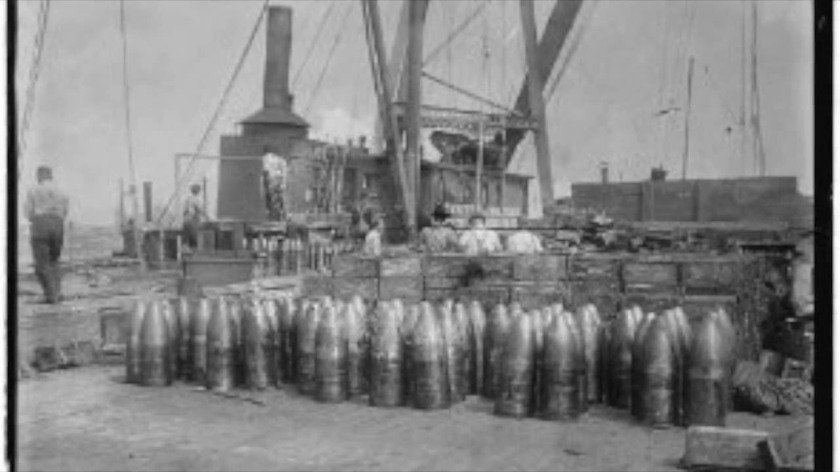 The blockade made it impossible for the Central Powers of Germany and Austria-Hungary to import war materiel from overseas, while Great Britain, France, and Russia continued to buy products from US farms and factories. American businessmen were happy to sell to any foreign customer who had the cash, but for all intents and purposes, such trade was limited to the allies.

To the Central Powers, such trade had the sole purpose of killing their boys on the battlefields of Europe.

The first and most overt reaction from the Kaiser came in the form of unrestrained submarine warfare, when even vessels flying the flags of neutral countries were attacked. Less apparent at the time, was the covert campaign of sabotage carried out by German agents on US soil.

“Black Tom” was originally an island in New York Harbor, next to Liberty Island. So called after a former resident, by WWI, landfill had expanded the island to become part of Jersey City. The area contained a mile-long pier with warehouses and rail lines, and served as a major hub in the trade of war materiel to the allies.

On July 30, 1916, the Black Tom terminal had over two million pounds of ammunition in freight cars, and one hundred thousand pounds of TNT on a nearby Barge. 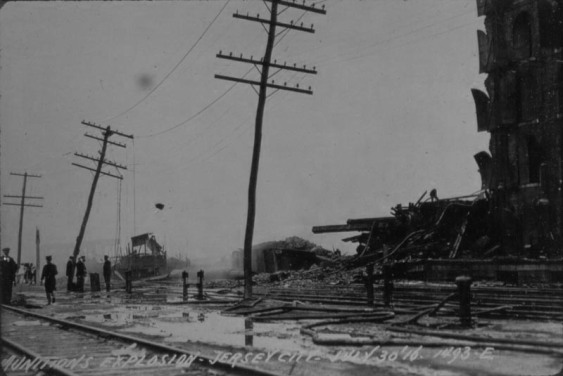 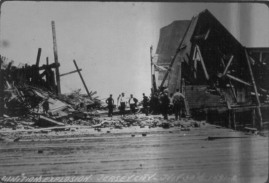 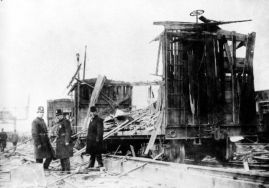 Guards discovered a series of small fires around 2:00am. Some of them tried to put them out while others fled, fearing an explosion. The first and loudest blast took place at 2:08am, a detonation massive enough to be estimated at 5.5 on the Richter scale.  People from Maryland to Connecticut were awakened in what they thought was an earthquake. The walls of Jersey City’s City Hall were cracked as shrapnel flew through the air. Windows broke as far as 25 miles away, while fragments embedded themselves in the clock tower at the Jersey Journal building in Journal Square, over a mile away. The clock stopped at 2:12 am. 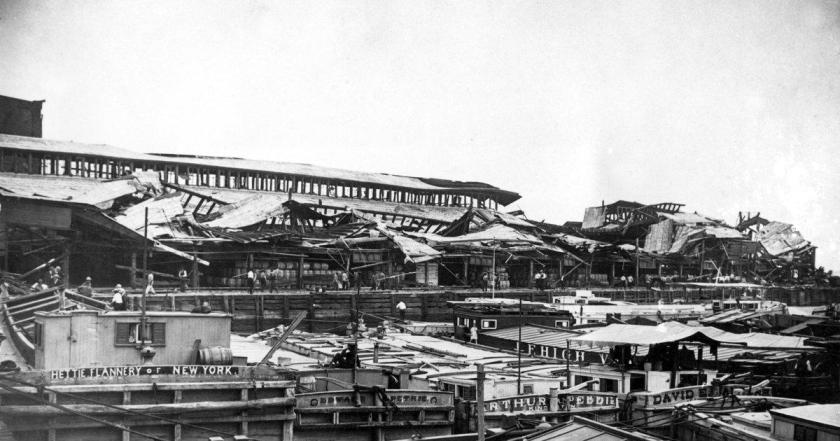 The explosion at Black Tom was the most spectacular, but by no means the only such attack. The archives at cia.gov reports that “[B]etween 1915 and spring 1917, 43 American factories suffered explosions or fires of mysterious origin, in addition to the bombs set on some four dozen ships carrying war supplies to the Allies”.

Among those responsible for the Black Tom explosion was Naval Lieutenant Lothar Witzke, arrested on February 1, 1918, in Nogales, AZ. Witzke was convicted by court martial and sentenced to death, though President Wilson would later commute the sentence to life.

By 1923, most countries were releasing POWs from the “Great War”, including spies. A prison report from Leavenworth shows Witzke heroically risking his life in prison, entering a boiler room after an explosion and probably averting disaster. It may be on that basis that he was finally released.  Imperial German Navy Lieutenant Lothar Witzke was pardoned by President Calvin Coolidge on November 22, 1923, and deported to Berlin, where a grateful nation awarded him the Iron Cross, 1st and 2nd Class.