No one knew what to do with an 8-ton dead whale, washed up on the beach, but there happened to be an ex-military guy around who had explosives training.  He tried to tell them that 20 sticks of dynamite would do it, if they were placed correctly. No one seemed to want his advice.  Someone had decided to use a half-ton of the stuff, and that’s what they were going to do. It was a bad idea. 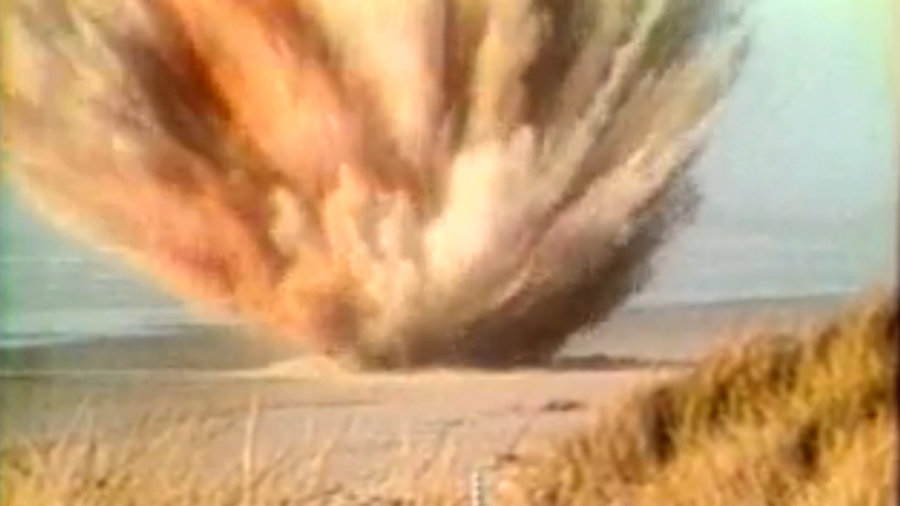 It was November 12, 1970, when a 45 foot, 8 ton, dead sperm whale washed up on the beaches near Florence, Oregon.  State beaches came under the jurisdiction of the Department of Transportation at that time, and they came down to have a look.

Officials discussed the matter with the Navy (it wasn’t every day that they had to remove 16,000 lbs of rotting whale meat) and someone came up with a bright idea.  They would remove the carcass the same way they’d remove a huge boulder.  They’d blow it up.

They figured the gulls and the crabs would take care of things if they got the pieces small enough.  The trick was to use enough dynamite.

No one could know it at the time, but the incident had already reached its high water mark.  From there, it would all be downhill.

By sheer coincidence, there happened to be an ex-military guy around, Walter Umenhofer, who had explosives training.  He tried to tell them that 20 sticks of dynamite would do it, if they were placed correctly, but no one seemed to want his advice.

Someone had decided to use a half a ton of the stuff, and that’s what they were going to do.

That might have been the worst idea, since Rudolph Hess flew that plane to Scotland.

Crowds lined the beach the day of the explosion, and TV cameras were rolling.  No one had ever seen a whale explode. 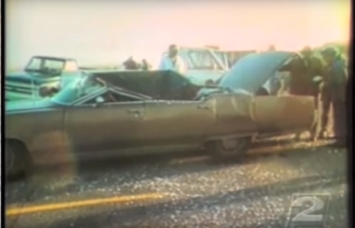 The detonation tore through the whale, like a bullet passes through a pane of glass.  Thousands of chunks of dead whale, large and small, soared through the air, landing on nearby buildings, houses and streets.

Umenhofer was among the crowd that day, and had a great slab of blubber come down from the sky and destroy his brand new Olds 88.  He had just bought the car from a dealer who was running a “Whale of a Sale” deal.  You can’t make this stuff up.

It turns out that exploding whales aren’t even that unusual.  Iceland, Australia and South African authorities routinely blow up whale carcasses to avoid hazards to navigation, though they are usually towed out to sea, first.

There have even been spontaneously exploding whales, when gasses built to a point of ripeness that can no longer be contained.  It happened on Salt Spring Island, British Columbia, where the locals reported that blubber “hung in the trees for weeks”.

A whale washed ashore in Denmark sometime in 1991, when someone decided that a careful poke here and a prod there would release the highly pressurized gasses of decomposition. That one didn’t exactly work out as planned, either.

Another spontaneous whale explosion occurred on January 26, 2004, in Tainan City, Taiwan.  That time, they had managed to get the thing onto a truck, and were hauling it through town went off.  It must have been a memorable experience for passing pedestrians, traffic and nearby shop keepers.

Forty-seven years ago today, the folks from Florence learned an important lesson about what to do with dead whales.  Nine years later, 41 dead sperm whales washed ashore on nearby beaches.  This time, they were burned and buried where they lay.