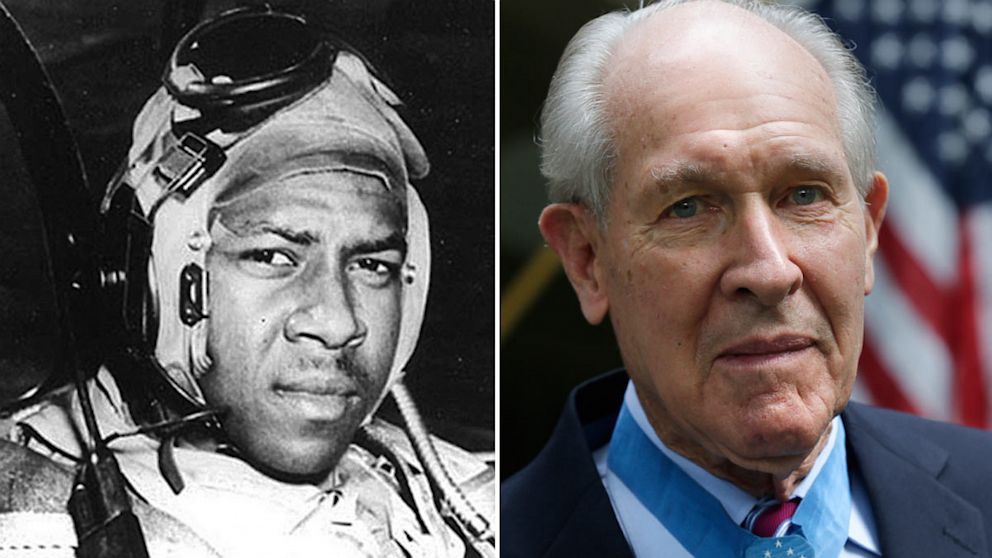 Jesse LeRoy Brown was born this day in 1926 in Hattiesburg, Mississippi, the son of a schoolteacher and a warehouse worker.  He had all the disadvantages of a black boy growing up under depression-era segregation, but his parents kept him on the “straight & narrow”, insisting that he stuck with his studies.

Thomas Jerome Hudner, Jr. was born in 1924, the son of a successful Irish grocer from Fall River, Massachusetts who went on to attend the prestigious Phillips Academy in Andover, in 1939.

The two could not have come from more different backgrounds, but both men became United States Navy pilots, and served together during the conflict in Korea.

On June 25, 1950, ten divisions of the North Korean People’s Army launched a surprise invasion of their neighbor to the south.  The 38,000 man army of the Republic of Korea didn’t have a chance against 89,000 men sweeping down in six columns from the north.  Within hours, the shattered remnants of the army of the ROK and its government, were retreating south toward the capital of Seoul.

The United Nations security council voted to send troops to the Korean peninsula.  In November, the People’s Republic of China entered the conflict in support of their Communist neighbor.

By December, nearly 100,000 troops of the People’s Volunteer Army had all but overrun the 15,000 men of the US X Corps, who found themselves surrounded in the frozen wasteland of the Chosin Reservoir.  Dozens of close air support missions were being flown every day to keep the Chinese army at bay.  On December 4, Jesse Brown and Thomas Hudner were flying one of those missions.

The two were part of a 6-plane formation of F4U Corsairs, each pilot flying “wing man” for the other.  Brown’s aircraft was hit by small arms fire from the ground, crash landing on a snow covered mountain side.  Flying overhead, Hudner could see his wing man below, severely injured, his leg trapped in the crumpled cockpit as he struggled to get out of the burning aircraft.

Hudner deliberately crash landed his own aircraft and, now injured, ran across the snow to the aid of his wing man.  Hudner scooped snow onto the fire with his bare hands in the 15° cold, burning himself in the progress while Brown faded in and out of consciousness.  A Marine Corps helicopter pilot landed, and the two went at the stricken aircraft for 45 minutes with an axe, but could not free the trapped pilot.

The pair was considering Jesse’s plea that they amputate his trapped leg with the axe, when the pilot faded away for the last time.  Jesse Brown’s last words were “Tell Daisy I love her”.

They had to leave.  “Night was coming on” Hudner would later explain, “and the helicopter was not equipped to fly in the dark.  We’ll come back for you”, he said.   Jesse Brown could no longer hear him.

Hudner pleaded with authorities the following day to go back to the crash site, but they were unwilling to risk further loss of life. They would napalm the crash site so that the Chinese couldn’t get to the aircraft or the body, though pilots reported that it looked like the Brown’s body had already been disturbed.

Jesse LeRoy Brown was the first Black Naval Aviator in history.  The first to die in the Korean War.  He received the Distinguished Flying Cross and Purple Heart, posthumously.  Thomas Hudner was awarded the Medal of Honor for his actions on that frozen mountainside.  One of eleven to be so honored following the battle of the Chosin Reservoir, he was the only Naval aviator awarded the Medal of Honor, during the entire conflict in Korea.

Thomas Hudner visited the North Korean capital of Pyongyang in July 2013, where he received permission to return to the site.  He was 88 at the time, but weather hampered the effort.  North Korean authorities told him to return when the weather was more cooperative.

At the time I write this story, Thomas Hudner is 93, living in Concord Massachusetts with his wife, Georgea.  The remains of Jesse LeRoy Brown are still on that North Korean mountainside. 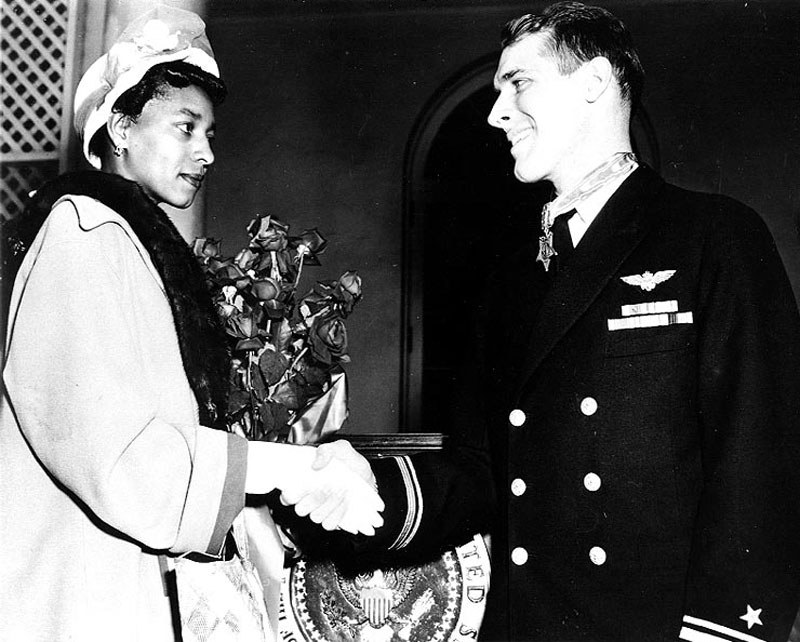