The French Enlightenment philosopher Voltaire remarked that “This agglomeration which was called and still calls itself the Holy Roman Empire was neither Holy, nor Roman, nor an Empire”. 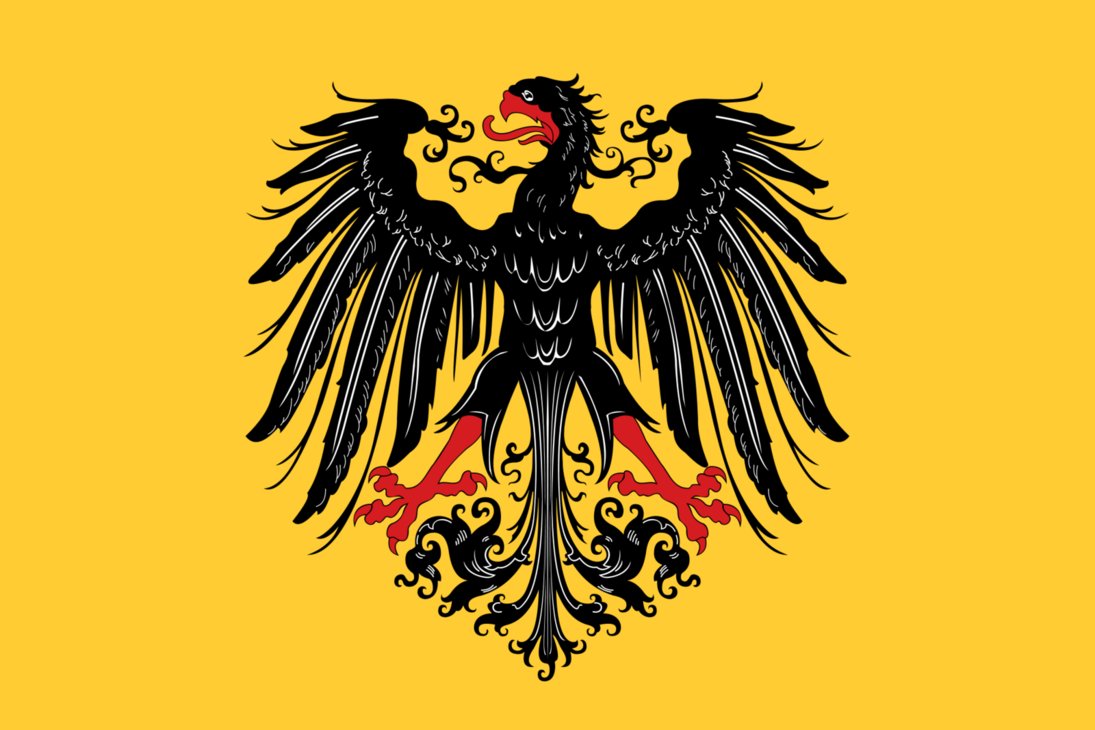 In Medieval Europe, most of the government powers that mattered were exercised by a chief officer to the King, the “Mayor of the Palace”.  This Maior Domus, or “Majordomo” was created during the Merovingian Dynasty to manage the household of the Frankish King.  By the 7th century, the position had evolved into the power behind the throne of an all but ceremonial monarch.

In 751, the Mayor of the Palace forced King Childeric III off the throne and into a monastery.  He was the younger son of Charles “The Hammer” Martel and his wife Rotrude, destined to become sire to the founding father of the European Middle Ages.  He was Pepin III, “The Short”.

Pepin’s first act as King was to intercede with King Aistulf of the Lombards, on behalf of Pope Stephen II. Pepin wrested several cities away from the Lombards, forming a belt of central Italian territory which would later become the basis for the Papal States.  In the first crowning of a civil ruler by a Pope, Stephen anointed Pepin “Patricius Romanorum” (Patrician of the Romans) in 754, naming his sons Charlemagne and Carloman as his heirs.  This was the first vestige of a multi-ethnic union of European territories which would last until the age of Napoleon – the Holy Roman Empire.

Charlemagne led an incursion into Muslim Spain, continuing his father’s policy toward the Church when he cleared the Lombards out of Northern Italy.  He Christianized the Saxon tribes to his east, sometimes under pain of death.

Pope Leo III was attacked by Italian enemies in the streets of Rome, who attempted unsuccessfully to cut out his tongue.  For the third time in a half-century, a Pope reached out to the Frankish Kingdom for help.

Pope Leo crowned Charlemagne “Emperor” on Christmas day in the year 800, in the old St. Peter’s Basilica. The honor may have been mostly diplomatic, as the seat of what remained of the Roman Empire remained in Constantinople.  Nevertheless, this alliance between a Pope and the leader of a confederation of Germanic tribes, was nothing short of a tectonic shift in western political power.

By the time of his death in 814, Charlemagne was “Pater Europae”, the Father of Europe.  German and French monarchies alike have traced their roots to his empire, ever since.

The title fell into disuse with the end of the Carolingian dynasty, until Pope John XII once again came under attack by Italian enemies of the Papacy.  The crowning of Otto I began an unbroken line of succession, extending out eight centuries. Charlemagne had been the first to bear the title of Emperor.  Otto I is regarded as the founder of the Holy Roman Empire, the date of his coronation in 962, as its founding.

Henry III deposed three Popes in 1046, personally selecting four out of the next five, after which a period of tension between the Empire and the Papacy lead to reforms within the church.

Simony (the selling of clerical posts) and other corrupt practices were restricted, ending lay influence in Papal selection.  After 1059, the selection of Popes was exclusively the work of a College of Cardinals.

The Papacy became increasingly politicized in the following years.  Pope Gregory decreed the right of investiture in high church offices to be exclusive to religious authorities.  Great wealth and power was invested in these offices, and secular authorities weren’t about to relinquish that much power.

Schism and excommunication followed.  Urban II, the Pope who preached the first crusade in 1095, couldn’t so much as enter Rome for years after his election in 1088.  The “anti-pope” Clement III ruled over the holy city at that time, with support from Henry IV.

The Kingdom had no permanent capital, Kings traveled between multiple residences to discharge their duties.  It was an elective monarchy, though most Kings had sons elected during their lifetime, enabling them to keep the crown within the family.  Many of the dynastic families throughout history have their origins in the Holy Roman Empire.  The Hohenstaufen, Habsburg and Hohenzollern among the Germanic Kings, the French Dynasties of the Capetian, Valois and Bourbon, as well as the Iberian dynasties of the Castilla, Aragonia and Pamplona y Navarre.

The French Enlightenment philosopher Voltaire remarked that “This agglomeration which was called and still calls itself the Holy Roman Empire was neither Holy, nor Roman, nor an Empire”.

The Holy Roman Empire became bogged down in struggles of succession in the 18th century. There was the War of Spanish Succession. The War of Polish Succession. The Wars of Austrian Succession and of German Dualism. The Holy Roman Empire peaked in 1050, becoming increasingly anachronistic by the period of the French Revolution. The last Holy Roman Emperor was Franz II, Emperor of Austria and Germany, who abdicated and dissolved the Empire in 1806, following the disastrous defeat of the 3rd Coalition by Emperor Napoleon Bonaparte at Austerlitz, in 1804.

Napoleon sarcastically commented that the German states were always “becoming, not being”. Ironically, the policies of “the little corporal” directly resulted in a rise of German nationalism, clearing the way to a united German state in 1870.  The polity which emerged would humble the French state in two World Wars.