According to mathematicians, the method of losing three leap days out of every 400 ought to hold us for about 10,000 years. By that time we’ll have to add a day, somewhere.

Let me know how that works out, would you?

From its earliest inception, the Roman calendar tracked the cycles of the moon.  At least it tried to. The method fell out of phase with the change of seasons and days were randomly added or subtracted in order to compensate. Political campaigns and military conflicts were won or lost, based on the confusion. Things had to change.

In 46BC, Julius Caesar hired Alexandrian astronomer Sosigenes to help straighten things out. The astronomer calculated that a proper year was 365¼ days, more accurately tracking the solar and not the lunar year.  Ol’ Sosigenes was pretty close.  The actual time the earth takes to revolve around the sun is 365.242199 days. 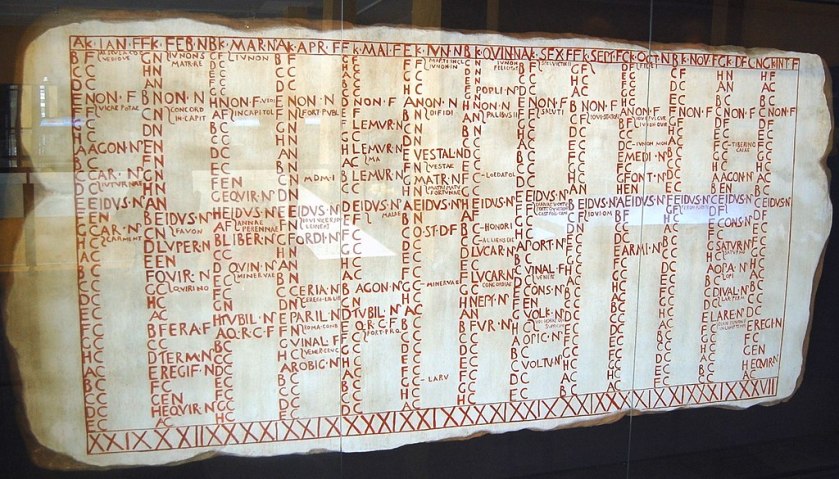 The second month had 30 days back then, when Caesar renamed his birth month from Quintilis to “Julius”, in honor of himself.  Rank hath its privileges.  To this day, it’s why we have “July”.  Not to be outdone, Caesar’s successor Caesar Augustus changed Sextilis to Augustus and, you got it, today we have August. The only thing was, that Augustus had only 29 days to Julius’ 31, and we can’t have that.

You see this coming, right?

Augustus swiped two days from the month of the Roman festival of purification.  Februarius mensis wouldn’t even miss them.

Adding a day to every fourth February solved the calendar problem, sort of, but not quite. Pope Gregory XIII and his astronomers attempted to fine tune the situation in 1582. No year divisible by 100 would be a leap year, unless that year is also divisible by 400. Ergo, 1600 and 2000 were leap years, but 1700, 1800 and 1900, were not. According to mathematicians, this method of losing three leap days out of every 400 ought to hold us for about 10,000 years. By that time we’ll have to add a day, somewhere.

Let me know how that works out, would you?

There is an old legend that St. Bridget complained to St. Patrick back in the 5th century, that women had to wait too long for beaus to “pop the question”. Other versions of the story date back before English Law recognized the Gregorian calendar, meaning that the extra day had no legal status.  Be that as it may, it is customary in many places for a woman to propose marriage on the 29th of February.  According to legend, one old Scottish law of 1288 would fine the man who turned down such a proposal.

In June 1503, Christopher Columbus was on his fourth voyage to the west when his two caravels became stranded, in Jamaica.  Relations with the natives were cordial at first but, after six months, the newcomers had worn out their welcome.  Desperately needing food and provisions, Columbus consulted the Ephemeris of the German astronomer Regiomontanus, where he learned that a lunar eclipse was expected on February 29.

Gathering the native chiefs that evening, Columbus explained that God was about to punish the indigenous people by painting the moon red. The eclipse occurred on schedule to the dismay of the natives, who were eager to promise anything to get the moon back. 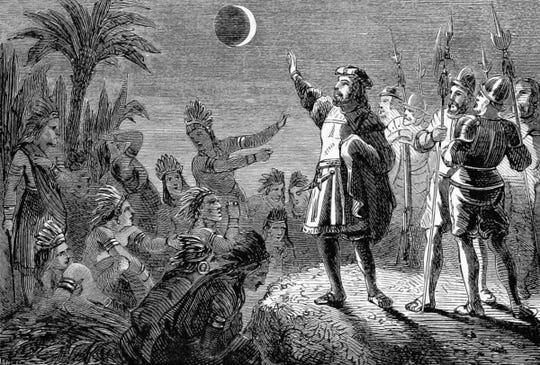 “With great howling and lamentation” wrote Columbus’ son Ferdinand, “they came running from every direction to the ships, laden with provisions, praying the Admiral to intercede by all means with God on their behalf; that he might not visit his wrath upon them”.

The explorer retired to his cabin, to “pray”.  Timing the eclipse with his hourglass, Columbus emerged after 48 minutes to announce.  All was forgiven.  God had pardoned the People.

188 years later, to the day.  February 29, 1692.  The first witchcraft warrants went out from a place called Salem Village, calling for the arrest of two social outcasts named Sarah Good and Sarah Osborne, and the West Indian slave woman, Tituba.