Dan Ackroyd tells a story about long days of rehearsals on the SNL set. An exhausted John Belushi would wander off and let himself into the house of a friend or a stranger, scrounging around for food before falling asleep in the house, unable to be found for the next day’s work. These outings were the inspiration for the SNL horror-spoof sketch “The Thing That Wouldn’t Leave”. 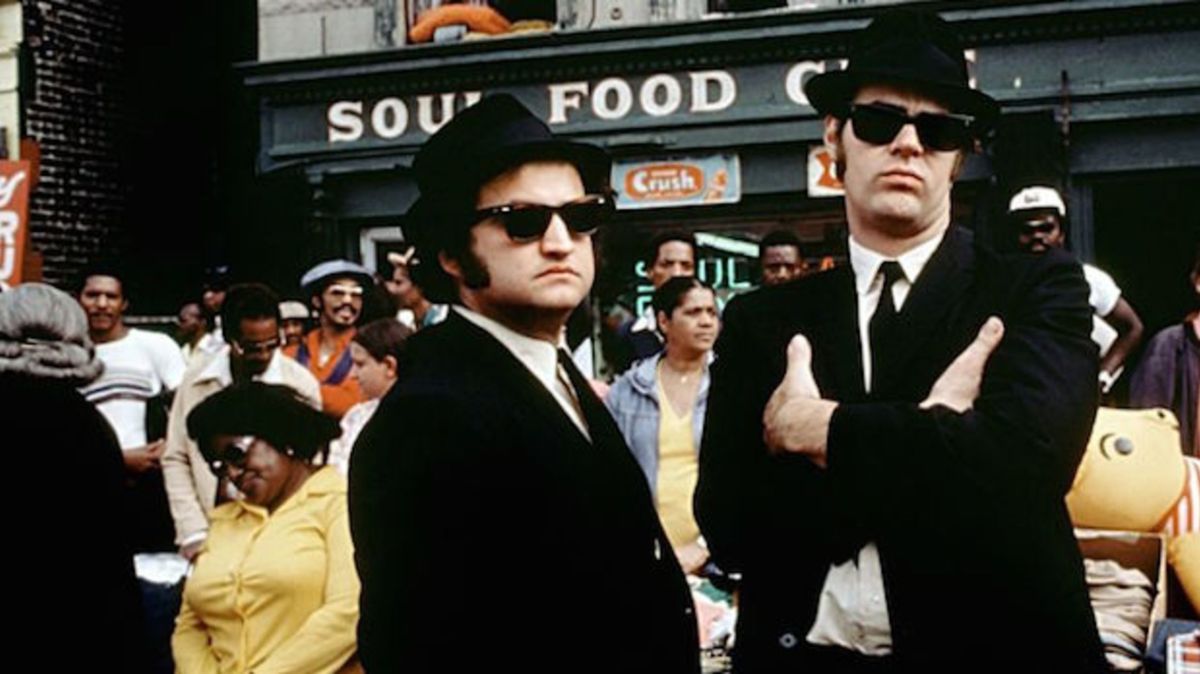 Dan Aykroyd developed his musical talents during the late fifties and early sixties at an Ottowa club called Le Hibou, (French for ‘the owl’).  “I actually jammed behind Muddy Waters”, he once said.  “S. P. Leary left the drum kit one night, and Muddy said ‘anybody out there play drums?  I don’t have a drummer.’ And I walked on stage and we started, I don’t know, Little Red Rooster, something. He said ‘keep that beat going, you make Muddy feel good.’

Eric Idle of Monty Python once guest hosted, for Saturday Night Live.  Idle paid the greatest tribute to Aykroyd’s comedic talent, saying he was “the only member of the SNL cast capable of being a Python”.

John Belushi joined The Second City comedy troupe in 1971, playing off-Broadway in “National Lampoon’s Lemmings”. He played The National Lampoon Radio Hour from 1973 to 1975, a half-hour comedy program syndicated on over 600 stations.

Belushi appeared from 1973 to 1975 on The National Lampoon Radio Hour, along with future SNL regulars Gilda Radner, Chevy Chase and Bill Murray. A number of their radio segments went on to become SNL sketches in the show’s first couple seasons. 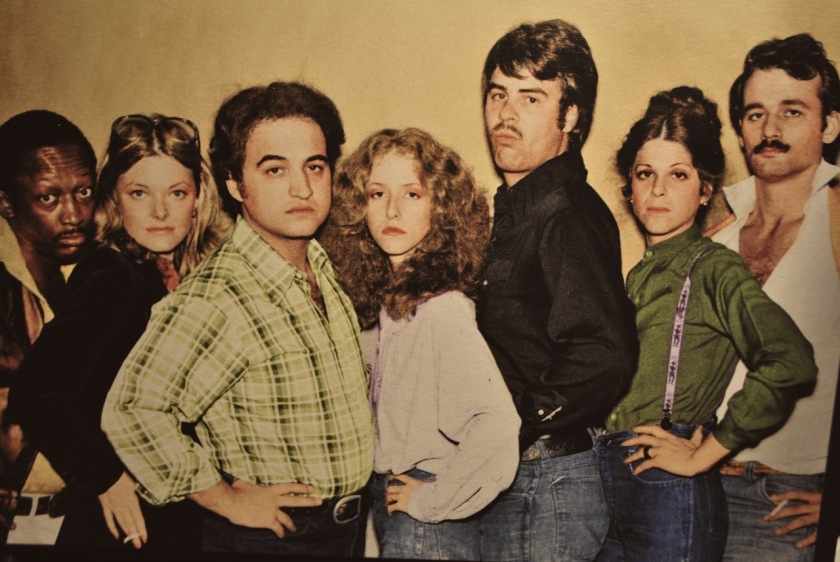 Dan Ackroyd tells a story about long days of rehearsals on the SNL set. An exhausted John Belushi would wander off and let himself into the house of a friend or a stranger, scrounging around for food before falling asleep in the house, unable to be found for the next day’s work. These outings were the inspiration for the SNL horror-spoof sketch “The Thing That Wouldn’t Leave”.

The Blues Brothers film premiered in Chicago on this day in 1980, four days before general release. Set in the windy city and sprawling across the Midwest, the musical/comedy film tells the story of a paroled convict and his brother, and their mission to save the Catholic orphanage in which they were raised from foreclosure. The Blues Brothers’ “Mission from God” needs to raise $5,000 to pay the orphanage’s property tax bill. To do so, the pair sets out to reignite their old R&B band, pursued by the police and wrecking 103 cars along the way, a world record for that time.

While filming one of the night scenes, Belushi disappeared and couldn’t be found. Looking around, Dan Ackroyd found a single house with the lights on and knocked on the door. Before he could ask, the homeowner smiled and said “You’re here for John Belushi, aren’t you?” The man told his visitor that Belushi had entered the house, asked if he could have a glass of milk and a sandwich, and crashed on their couch.

To some, John Belushi may have been a real-life Thing that Wouldn’t Leave. To Dan Ackroyd, the man would always be “America’s Guest”.

John Belushi died in his hotel room on March 5, 1982 of a “Speedball”, a combined injection of heroin and cocaine. The cause of death was originally ruled accidental overdose, but Catherine Evelyn Smith was extradited and tried on first degree murder charges after her National Enquirer interview, in which she admitted giving Belushi the shot. A plea bargain reduced the charge to involuntary manslaughter.  She served fifteen months in prison.

Belushi’s wife Judith arranged for a traditional Orthodox Christian funeral in which he was interred, twice. The first was in Abel’s Hill Cemetery in the Chilmark section of Martha’s Vineyard.  A classic New England slate tombstone complete with skull and crossbones, marks the location. The inscription reads, “I may be gone but Rock and Roll lives on.”

John Belushi is remembered on the family marker at his mother’s grave at Elmwood Cemetery in River Grove, Illinois. The stone reads, “HE GAVE US LAUGHTER”.