The United States had been in World War II for two years in 1943, when Claude Wickard, head of the War Foods Administration as well as Secretary of Agriculture, had the hare brained idea of banning sliced bread. 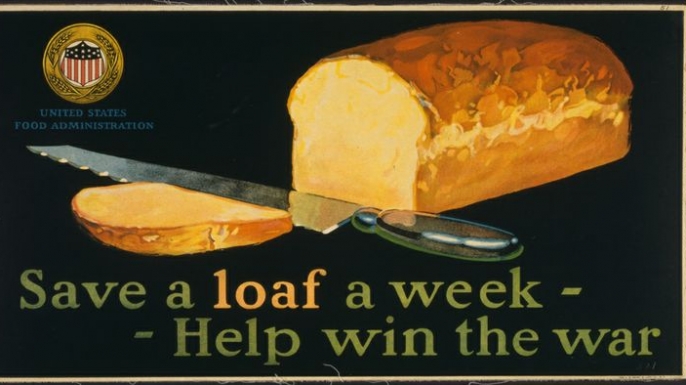 The first automatic bread slicer was invented by Otto Frederick Rohwedder of Davenport, Iowa, in 1912. The idea was not at all popular among bakers, who feared that pre-sliced bread would go stale faster, leading to spoiled inventory and customer complaints.

A fire almost ended the project in 1917, when the prototype was destroyed along with the blueprints. Rohwedder soldiered on.  By 1927, he had scraped up enough financing to rebuild his bread slicer. 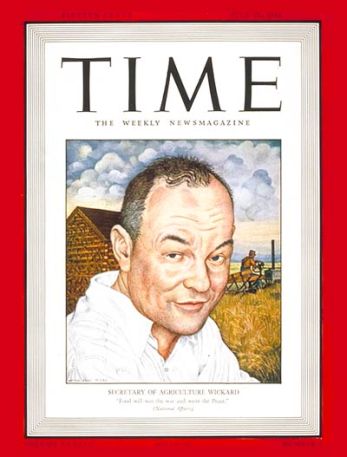 The United States had been in World War II for two years in 1943, when Claude Wickard, head of the War Foods Administration as well as Secretary of Agriculture, had the hare brained idea of banning sliced bread.

Mr. Wickard was no stranger to hare brained ideas; it is he who lends his name to the landmark Supreme Court case, Wickard v. Filburne.

Talk about hare brained ideas. The Agricultural Adjustment Act of 1938 limited the area that farmers could devote to wheat production, in an effort to stabilize the price of wheat on the national market.

An Ohio farmer named Roscoe Filburne was producing more than his allotment. The federal government ordered him to destroy the surplus and pay a fine, even though his “surplus” was being consumed on the farm by the Filburne family and their chickens.

Article 1, Section 8 of the Constitution includes the “Commerce Clause”, permitting the Congress “To regulate Commerce with foreign Nations, and among the several States, and with the Indian Tribes”.  That’s it and, not surprisingly, the Federal District Court sided with the farmer.

The Federal government appealed to the United States Supreme Court, arguing that, by withholding his surplus from the interstate wheat market, Filburne was effecting that market, thereby falling under federal government jurisdiction under the Commerce Clause. 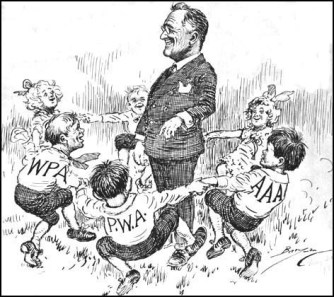 The Supreme Court, apparently afraid of President Roosevelt and his aggressive and illegal “court packing” scheme, ruled against the farmer. Ever since, what you don’t do can be argued in a court of law to effect interstate conditions, putting what you didn’t do under the jurisdiction of the federal government.

Get it? Neither do I, but I digress.

Back to Mr. Wickard, who enacted his ban against sliced bread and put it into effect on January 18, 1943.

The push-back, as you might guess, was immediate and vehement. One woman wrote to the New York Times: “I should like to let you know how important sliced bread is to the morale and saneness of a household. My husband and four children are all in a rush during and after breakfast. Without ready-sliced bread I must do the slicing for toast—two pieces for each one—that’s ten. For their lunches I must cut by hand at least twenty slices, for two sandwiches apiece. Afterward I make my own toast. Twenty-two slices of bread to be cut in a hurry!” 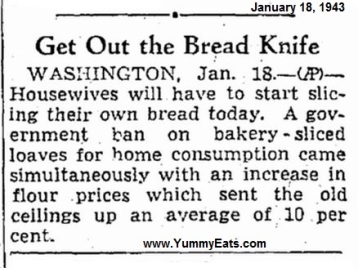 The stated reasons for the ban never did make sense. At various times, Wickard claimed that it was to conserve wax paper, wheat and steel, but one reason was goofier than the one before.

According to the War Production Board, most bakeries had plenty of wax paper supplies on hand, even if they didn’t buy any. Furthermore, the federal government had a billion bushels of wheat stockpiled at the time, about two years’ supply, and the amount of steel saved by not making bread slicers has got to be marginal, at best.

The ban was rescinded on March 8, 1943.  Pre-sliced bread was once again available to the federal government and its grateful subjects. There’s no telling who first used the expression, “The greatest thing since sliced bread”.  A reasonable guess may be made, as to why. 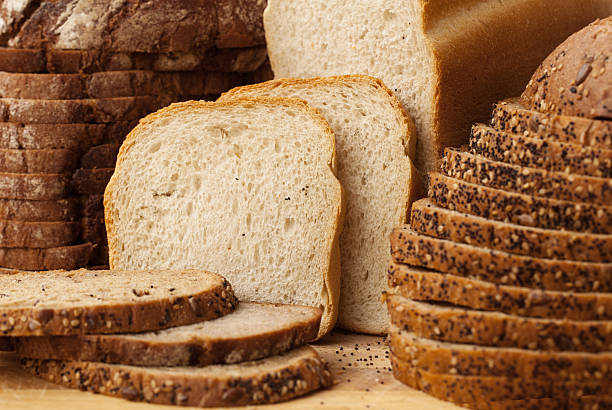