To search on the term “Serial killers with the highest known victim count” is to be rewarded with the knowledge that the top 32 serial killers of the modern era, are responsible for a proven list of 1,661 victims and a possible count, several times that number.

On October 1, 2006, the premium television network Showtime broadcast the premier episode of the crime mystery drama, Dexter.  Set in Miami, the series tells the story of Dexter Morgan played by actor Michael C. Hall.  Hall’s character is a forensic technician, working for the fictional Miami Metro Police Department and specializing in crime scene analysis based on splatter patterns.  Splatter patterns of blood and tissue.

In his off-hours, Dexter’s an avenging angel.  A serial killer, who preys on other serial killers.  Dexter’s after the bad guys, murderers who for one reason or the other, slipped through the system.  The program ran for nearly five years.  The series finale broadcast on September 22, 2013 drew the largest audience in Showtime history.

To search on the term “Serial killers with the highest known victim count” is to be rewarded with the knowledge that the top 32 serial killers of the modern era, are responsible for a proven list of 1,661 victims and a probable count, several times that number.

Digging down on the list reveals a depressing similarity between the thirty men and two women on the roster.  Victims are overwhelmingly represented among the weaker members of society, the women, and children, and the elderly.  Mostly, but not entirely so.  Number 6 on the list is the Brazilian serial killer Pedro Rodrigues Filho, as close to a real-life Dexter as you’re likely to get.

Known as “Pedrinho Matador” (Killer Petey), Filho came out of the womb with head injuries, the result of a savage beating his mother received, at the hands of his father. 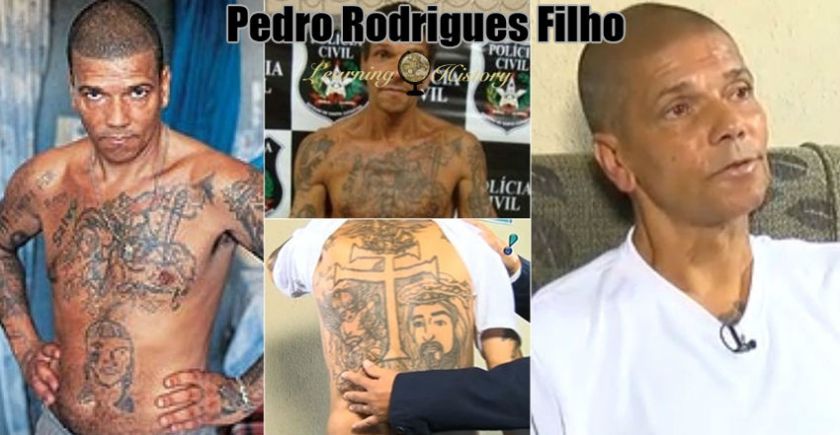 Filho says he first wanted to kill at age 13, when he tried to push an older cousin into a sugar cane press.  His first victim came a year later.  Filho murdered the deputy mayor of Santa Rita do Sapucaí with a shotgun in front of city hall, for firing his father from the school where he worked as security guard.  It was claimed the elder Filho, was stealing food.  Pedro then killed the guard whom he believed to be the real thief.

He fled to Mogi das Cruzes, São Paulo where he took up robbing and killing, among the members of local drug gangs. There he met and fell in love with one Maria Aparecida Olympia. The couple lived together until Maria, herself pregnant with his child, was murdered by drug gangs. Filho went on a tear after that, torturing and killing gang members in the effort to find her killer.

In the end, the gang leader responsible was betrayed by his ex-wife.  Pedro paid the man a visit, during a wedding party.  When it was over there were seven dead and sixteen wounded.

By this time, Pedro‘s father was in prison for the machete-murder of his wife, Pedro’s mother. Visiting his father in prison, he stabbed the man 22 times before cutting his heart out and eating a piece, before tossing the thing away.

Killer Petey was arrested for the first time on this day in 1973.  Handcuffed and thrown in the back with an accused rapist, the other man was dead before the squad car reached the station.

Filho was sentenced to 128 years for his crimes.

The brutality within Brazilian prisons is shocking even by the standards of hardened criminals.  They are overcrowded hellholes ruled over by gangs and drug dealers where gruesome murders are a daily occurrence.  Inmates are often given keys to their own cells, so terrified are their jailers, of entering those dark and filthy hallways.  Video may be found of inmates playing “football” with decapitated heads.  Gang fights are vicious and deadly and yet even here, Pedrinho Matador racked up his greatest body count. 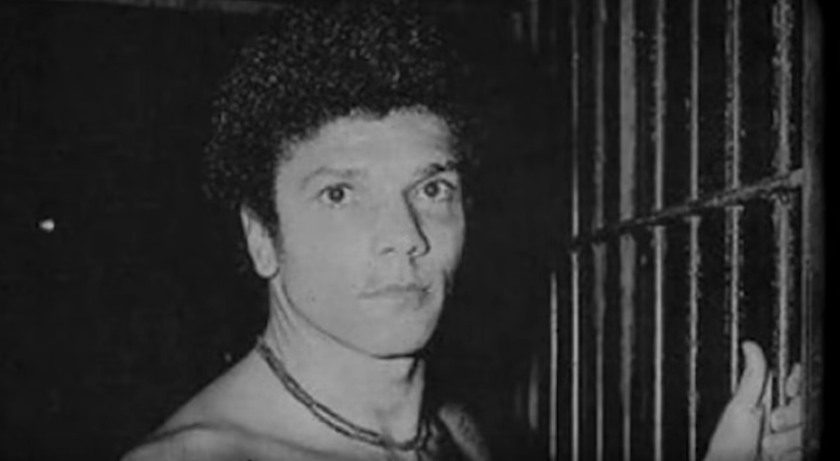 He was once attacked by five gang members before killing three by himself and chasing off, the other two.  Brazilian law dictates a maximum of 30 years.  By the time he got out the Brazilian Dexter had killed another 47.

After spending most of his adult life in prison, Filho describes himself as a changed man.  Pedrinho Matador is proven to have killed 71 and claims 100+, all of whom are themselves murderers, rapists or those who he felt, did him wrong.  He converted to Christianity in 2018 and now has a YouTube channel where he warns troubled youth, of the dangers of a life of crime.