To search on the term “Serial killers with the highest known victim count” is to be rewarded with the knowledge that the top 32 serial killers of the modern era, are responsible for a proven list of 1,661 victims and a possible count, several times that number.

On October 1, 2006, the premium television network Showtime broadcast the premier episode of the crime mystery drama, Dexter.  Set in Miami, the series tells the story of Dexter Morgan played by actor Michael C. Hall.  Hall’s character is a forensic technician, working for the fictional Miami Metro Police Department and specializing in crime scene analysis based on splatter patterns.  Splatter patterns of blood and tissue.

In his off-hours, Dexter’s an avenging angel.  A serial killer, who preys on other serial killers.  Dexter’s after the bad guys, murderers who for one reason or the other, slipped through the system.  The program ran for nearly five years.  The series finale broadcast on September 22, 2013 drew the largest audience in Showtime history.

To search on the term “Serial killers with the highest known victim count” is to be rewarded with the knowledge that the top 32 serial killers of the modern era, are responsible for a proven list of 1,661 victims and a probable count, several times that number.

Digging down on the list reveals a depressing similarity between the thirty men and two women on the roster.  Victims are overwhelmingly represented among the weaker members of society, the women, and children, and the elderly.  Mostly, but not entirely so.  Number 6 on the list is the Brazilian serial killer Pedro Rodrigues Filho, as close to a real-life Dexter as you’re likely to get.

Known as “Pedrinho Matador” (Killer Petey), Filho came out of the womb with head injuries, the result of a savage beating his mother received, at the hands of his father.

Filho says he first wanted to kill at age 13, when he tried to push an older cousin into a sugar cane press.  His first victim came a year later.  Filho murdered the deputy mayor of Santa Rita do Sapucaí with a shotgun in front of city hall, for firing his father from the school where he worked as security guard.  It was claimed the elder Filho, was stealing food.  Pedro then killed the guard whom he believed to be the real thief.

He fled to Mogi das Cruzes, São Paulo where he took up robbing and killing, among the members of local drug gangs. There he met and fell in love with one Maria Aparecida Olympia. The couple lived together until Maria, herself pregnant with his child, was murdered by drug gangs. Filho went on a tear after that, torturing and killing gang members in the effort to find her killer.

In the end, the gang leader responsible was betrayed by his ex-wife.  Pedro paid the man a visit, during a wedding party.  When it was over there were seven dead and sixteen wounded.

By this time, Pedro‘s father was in prison for the machete-murder of his wife, Pedro’s mother. Visiting his father in prison, he stabbed the man 22 times before cutting his heart out and eating a piece, before tossing the thing away.

Killer Petey was arrested for the first time on this day in 1973.  Handcuffed and thrown in the back with an accused rapist, the other man was dead before the squad car reached the station.

Filho was sentenced to 128 years for his crimes.

The brutality within Brazilian prisons is shocking even by the standards of hardened criminals.  They are overcrowded hellholes ruled over by gangs and drug dealers where gruesome murders are a daily occurrence.  Inmates are often given keys to their own cells, so terrified are their jailers, of entering those dark and filthy hallways.  Video may be found of inmates playing “football” with decapitated heads.  Gang fights are vicious and deadly and yet even here, Pedrinho Matador racked up his greatest body count.

He was once attacked by five gang members before killing three by himself and chasing off, the other two.  Brazilian law dictates a maximum of 30 years.  By the time he got out the Brazilian Dexter had killed another 47.

After spending most of his adult life in prison, Filho describes himself as a changed man.  Pedrinho Matador is proven to have killed 71 and claims 100+, all of whom are themselves murderers, rapists or those who he felt, did him wrong.  He converted to Christianity in 2018 and now has a YouTube channel where he warns troubled youth, of the dangers of a life of crime.

Valkyrie. Che. Two films, both produced by the Great Hollywood Myth Machine. Both released to US audiences in December, 2008. One tells the story of Claus von Stauffenberg, the disillusioned, war-crippled German patriot who led the plot to assassinate Adolf Hitler. The other is Ernesto Guevara de la Serna, a middle-class Argentinian intellectual and accomplished athlete, despite a life-long problem with Asthma. One, the towering Aristocrat. The bearer of hereditary titles of nobility.  The other the left-ish physician radicalized by the poverty of his day to become the Marxist Revolutionary.

Some 4,980 Germans were murdered for complicity real or imagined, in the Valkyrie plot.  Many slowly strangled with piano wire, their death agonies filmed for the delectation of a Dictator.  Von Stauffenberg himself met his end, before a firing squad.

Guevara breathed his last before a Bolivian firing squad.  The similarity ends there. 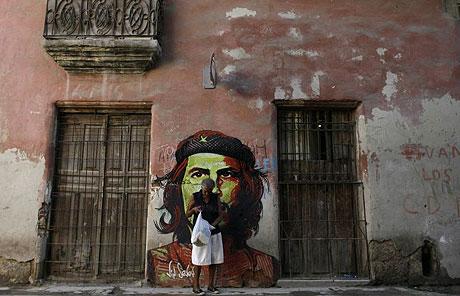 Ernesto Guevara trained and motivated firing squads credited with the summary execution of 16,000 Cubans or more, since the Castro brothers swept out of the Sierra Maestro Mountains in 1959.  It was around this time he acquired the nickname “Che” from an odd fondness for the verbal filler che, not unlike the Canadian English “eh” or some Americans’ fondness for the punctuating syllable “Right?” 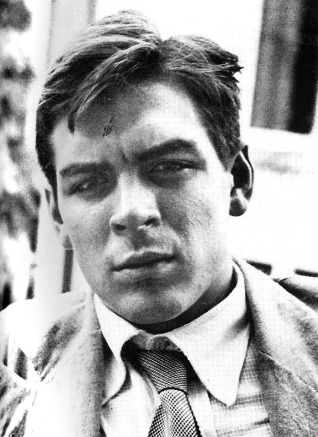 Numbers are surprisingly inexact but Guevara is believed personally responsible for the murder of hundreds if not thousands, in the name of “Revolutionary Justice”.  Guevara himself described in his diary, the murder of peasant guide Eutimio Guerra:

“The situation was uncomfortable for the people and for Eutimio so I ended the problem giving him a shot with a .32 pistol in the right side of the brain, with exit orifice in the right temporal [lobe].”

Such a cold and clinical description for a murder which surely splattered the blood and brains of the victim over his executioner, bespeaks a man at best thoroughly hardened to casual bloodshed and at worst, a stone psychopath.

Guevara wrote home to his father: “My nostrils dilate while savoring the acrid odor of gunpowder and blood…I’d like to confess, Papa, at that moment I discovered that I really like killing.”

As the proverbial fish who knew not that he was wet, Che Guevara believed the natural social order, was Marxism.  “There are truths so evident” he would say, “so much a part of people’s knowledge, that it is now useless to discuss them. One ought to be Marxist with the same naturalness with which one is ‘Newtonian’ in physics, or ‘Pasteurian’ in biology.”

At one time signing letters home as “Stalin II”, Guevara became disillusioned with the Revolutionary zeal of even the Soviet Union, adopting instead the North Korea of Kim Il-sung as the ideal political order.  God help anyone friend or foe whose politics came to disagree even slightly, with those of this “Man of the people”.

After seven years of the military dictator Fulgencia Batista, the Cuban people were in a “lynching mood”.  On this day in 1959, the Universal Newsreel arrived in the United States,  narrated by Ed Herlihy.  In it, Fidel Castro can be seen asking an estimated one million Cubans if they approved of executions.  The question was met with a booming response “¡Si!”.

Che was bitterly disappointed in the wake of what he saw as capitulation, following the Cuban Missile Crisis.  To Che Guevara, millions of Cuban citizens added up to nothing more than “A people ready to sacrifice itself to nuclear arms, that its ashes might serve as a basis for new societies.”

“Crazy with fury I will stain my rifle red while slaughtering any enemy that falls in my hands! My nostrils dilate while savoring the acrid odor of gunpowder and blood. With the deaths of my enemies I prepare my being for the sacred fight and join the triumphant proletariat with a bestial howl!…Hatred as an element of struggle; unbending hatred for the enemy, which pushes a human being beyond his natural limitations, making him into an effective, violent, selective, and cold-blooded killing machine. This is what our soldiers must become” – Ernesto Ché Guevara 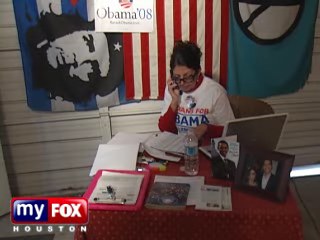 For many of us, then-President Obama’s March 21, 2016 moment in Havana, Cuba defies understanding, unfolding as it did under a ten-story image of Che Guevara.

The BBC’s 2014 “History” is precious little more than a wet kiss.

Ernest Hemingway, who never saw a Leftist Revolution he didn’t like, was living in Cuba at the time of the revolution. Hemingway invited the young American journalist George Plimpton, to come for a visit.   One afternoon, “Papa” summoned the young writer.  “Come” he said, “there’s something you should see”.  Plimpton arrived with a few others.  After a short time mixing cocktails in flasks and collecting lawn chairs, the group was off.  An hour outside of town.  It was a grand adventure.

Setting up chairs as if they were there to watch the sunset, a truck appeared in the distance, a short time later.   The group watched as bound men were unloaded from the truck and shot, their still-twitching bodies thrown back in the truck and hauled away.  Over a long career in American journalism…Paris Review…PBS, George Plimpton never managed to write a word about the event though he did elevate himself to such a state of middling dudgeon, he declined to publish Guevara’s memoir, the Motorcycle Diaries.

The iconic photograph of the killer, taken by photographer Alberto Díaz Gutiérrez, is one of the most reproduced images of all time.  More than the “Mona Lisa”.  More than Marilyn Monroe standing over that grate, with skirts a-flying.  It was Che, just Che, risen to the level of secular God.  The Marxist High Priest of anti-capitalism, his image adorning the t-shirts and shot glasses of Social Justice Warriors and Hipsters from Berkeley to the Congo, from the East Village to Saigon.

Entire websites are devoted to peddling such garbage while not one of them, (NOT ONE!!!) gives a moment’s thought to the insensate character of glorifying such an image by such “capitalist” means.

Claus von Stauffenberg, the would-be assassin of one of the Great Tyrants of History, is all but lost to the popular imagination.

What a sick, sad, sorry commentary that is, on our popular culture.