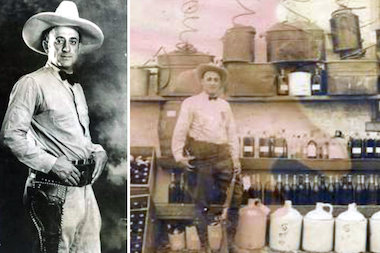 In 2002, the Martin Scorcese film Gangs of New York told the story of Civil War-era street gangs, the violent underworld of a city run by Tammany Hall “Machine” politician William “Boss” Tweed. The slum tenements of turn-of-the century New York were borne of this earlier period, a vicious, teeming underworld of petty criminals and street gangs including the Five Point, Whyos, Chichester and a score of others.

James Vincenzo was born into this world on this day in 1892, a world of gang violence where rivalries were brutal and fights armed and often, to the death. James ran to the defense of his younger brother Al after one gang-banger slashed the boy across the face, hurling his little brother’s attacker through a plate glass window.

While many of the boys of this day grew into the criminals of another era, James left New York City for the life of a circus roustabout.

This was the age of the silent film, William S. Hart one of the great “cowboy” stars of the era. Hart was larger than life, the six-gun toting cow-punching gunslinger from a bygone era.

The roustabout so idolized the silent film star he adopted the mannerisms, the low-slung six-shooters, red bandanna and the ten-gallon hat. Not content with merely aping all that cinematic charisma, James went so far as to adopt the man’s name.

Richard James Hart stepped off the freight train in 1919, a walking, talking anachronism. He was a 19th century Wild West gunfighter, from his cowboy boots to his embroidered vest to that broad-brimmed stetson hat. This was Homer Nebraska, a small town of about 500, some seventeen miles from Sioux City Iowa.

He claimed to be a hero of the Great War, personally decorated by General John J. Pershing. Intelligent, ambitious and not afraid of a little hard work, Hart took jobs as paper hanger, house painter, whatever it took.

He was short and powerfully built with the look of a man who carried mixed Indian or Mexican blood, regaling veterans at the local American Legion with tales of his exploits, against the Hun.

The man could fight and he knew how to use those guns, amazing onlookers with feats of marksmanship, behind the Legion post.

Any doubts about Hart’s physical courage were put to rest that May when a flash-flood nearly killed the Winch family of neighboring Emerson Nebraska. Hart dashed across the raging flood time after time to bring the family to safety.  Nineteen-year-old Kathleen was so taken with her savior she married the man that Fall, a marriage which would produce four boys.

The small town was enthralled by this new arrival, the town council appointing Hart as Marshall. He was a big fish in a small pond, elected commander of the Legion post and district commissioner for the Boy Scouts of America.

The 18th Amendment to the Constitution was ratified on January 16 of that year, the Volstead Act passed by the United States Congress over the veto of President Woodrow Wilson on October 29. “Prohibition” had descended across the land. It was now illegal to produce, import, transport or sell intoxicating liquor.

Richard Hart became Prohibition Agent in the Summer of 1920 and went immediately to work, destroying stills and arresting area bootleggers.

Hart was loved by Temperance types and hated by the “wets”, and famous across the state of Nebraska. The Homer Star reported their hometown hero was “becoming such a menace in the state that his name alone carries terror to the heart of every criminal.”

Officials at the federal Bureau of Indian Affairs took note and before long, Hart was performing the more difficult (and dangerous) job of liquor suppression on the reservations.

Hart brought his chaps and his six-shooters to South Dakota, where the Yanktown reservation superintendent reported to his superiors in Washington “I wish to commend Mr. Hart in highest terms for his fearless and untiring efforts to bring these liquor peddlers and moonshiners to justice. …This man Hart is a go-getter.” 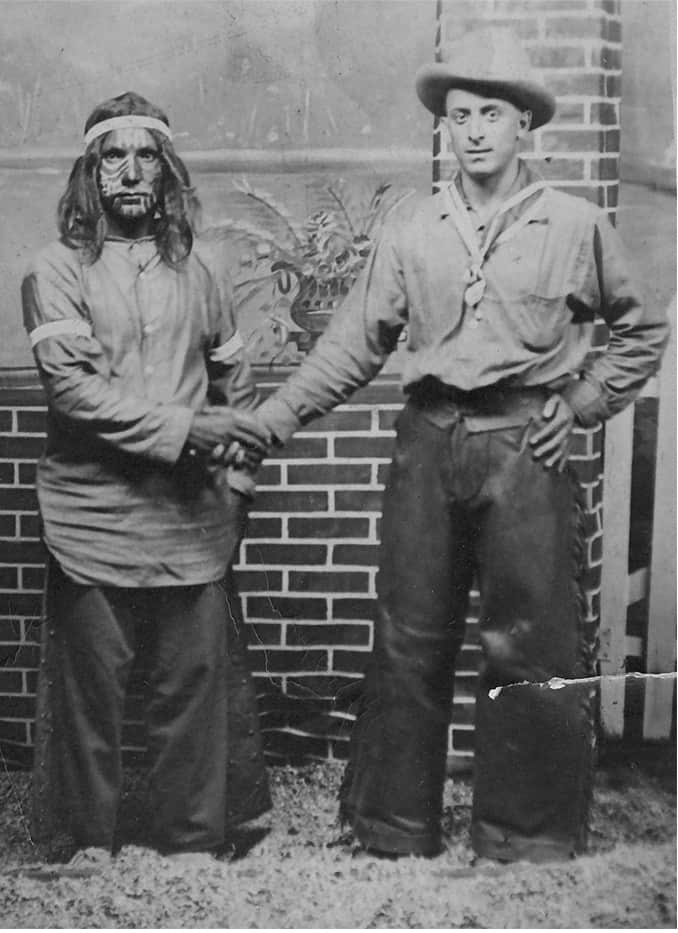 Hart became proficient in Lakota and Omaha dialects. Tribal leaders called him “Two Gun”, after the twin revolvers he wore. Some members of the Oglala tribe called him “Soiko”, the name roughly translating as “Big hairy boogey-man”.

By 1927, Two-Guns Hart had achieved such a reputation as to be appointed bodyguard to President Calvin Coolidge, on a trip through the Black Hills of South Dakota. 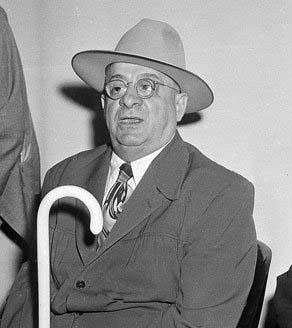 Hart became livestock inspector after repeal of prohibition, and special agent assigned to the Winnebago and Omaha reservations.  He was re-appointed Marshall of his adopted home town but, depression-era Nebraska was tough.  The money was minuscule and the Marshall was caught, stealing cans of food.

The relatives of one bootlegging victim of his earlier days tracked him down and beat him so severely with brass knuckles,  the Prohibition Cowboy lost sight in one eye.

Fellow members of the American Legion had by this time contacted the Army to learn Hart’s WW1 tales, were all fake.  Richard James Hart was never in the Army though his namesake Richard Jr. died fighting for the nation, in World War 2.

Turns out that other parts of the lawman’s story were fraudulent, too.  Like the Italian American actor Espera Oscar de Corti better known as “Iron Eyes Cody”, the “crying Indian” of those commercials had no Native American blood.  Nor did the Italian American Richard James Hart. 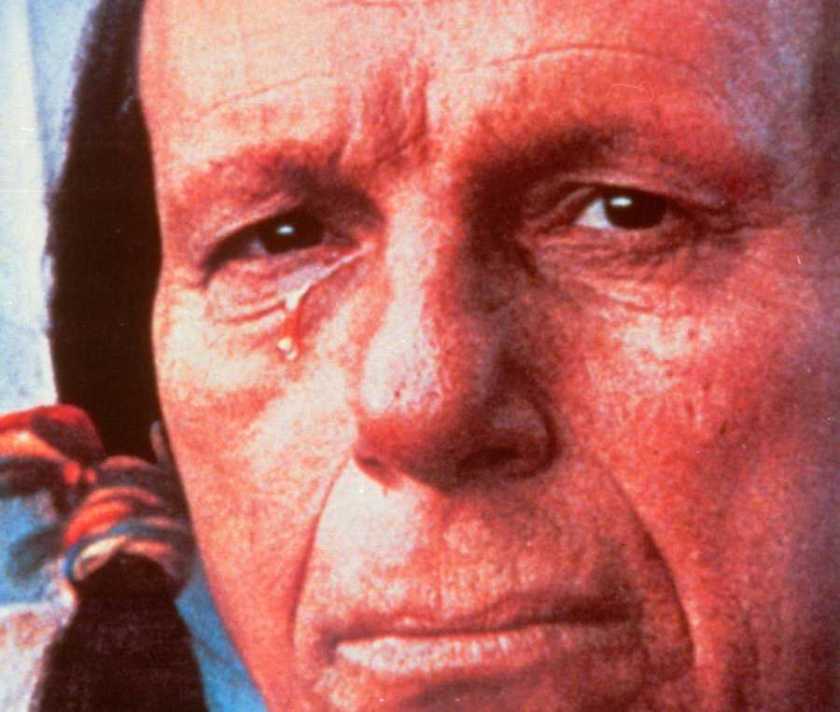 The Lawman had left the slums of Brooklyn to become a Prohibition Cowboy while that little brother slashed across the face, had pursued a life of crime.  Richard James Hart was James Vincenzo Capone, long lost brother of Alphonse “Scarface” Capone. 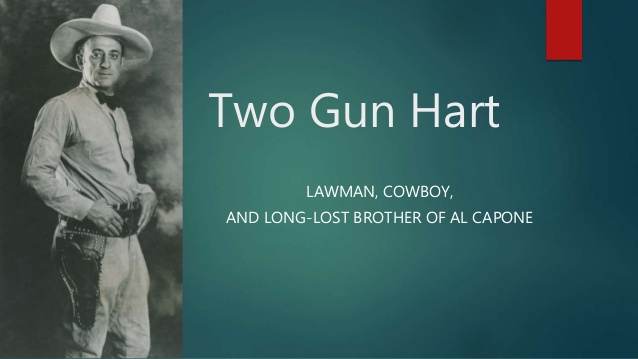 James Vincenzo Capone’s strange double-life came to the public eye for the first time in 1951, when defense attorneys subpoenaed Richard Hart to testify on behalf of his brother Ralph Capone. Hart faded into anonymity following a rash of newspaper stories, and died within a year at his adopted home town of Homer, the small Nebraska town where he stepped off that freight train, some 33 years earlier.