The Lion of Africa, the German officer and conquering hero of WW1, who once told the upstart Adolf Hitler to perform an anatomically improbable act.

Paul Emil von Lettow-Vorbeck was born into minor Prussian Nobility on this day in 1870. Joining the Corps of Cadets as a teenager, Lettow-Vorbeck worked his way up the German Imperial Army chain of command, becoming a general by 1914.

At the outset of the “Great War”, a map of Africa looked nothing like it does today. From the Belgian Congo to Italian Somaliland, most of the continent was carved into colonies of the various European powers. France, Britain, Germany, Italy, Portugal, Belgium and Spain.  All administered parts of the African continent.

Stationed in German East Africa and knowing that his sector would be little more than a side show in the greater war effort, Lettow-Vorbeck determined to tie up as many of his adversaries as possible.

Like the famous Lawrence of Arabia, Lettow-Vorbeck became a master of guerrilla warfare. He never lost a single battle, though it was not unheard of for combatants to break and flee a charging elephant or rhinoceros. 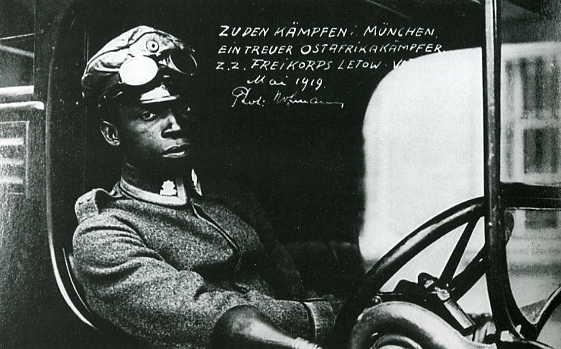 To his adversaries, disease and parasites were often more dangerous than enemy soldiers. In one month (July, 1916) Allied non-battle casualties ran 31 to 1 compared with combat-related injuries.

In 1956, Brazilian scientists attempted to cross African honey bees with indigenous varieties, to produce an insect better suited to the South American tropics.  Today, we call the results of these failed experiments “Africanized” or “killer” bees.

At one point in the battle for Tanga (November 7-8, 1914), a British landing force and their Sepoy allies were routed and driven back to the sea by millions of African bees, disturbed by rifle and machine gun fire. There’s a story about a British radioman, I don’t know if it’s true.  This guy held his station, directing the evacuation from the beach while being stung to death by thousands of angry bees. He would be posthumously awarded the Victoria Cross for “gallantry under aerial attack”.

Returning home after the war, Vorbeck was greeted as a conquering hero.  Of all German commanders in World War One, “der Löwe von Afrika” (the Lion of Africa) alone remained undefeated in the field.  The only German commander to successfully invade imperial British soil during the Great War.

Lettow-Vorbeck developed a deep distrust of the upstart Adolf Hitler. When then-Chancellor Hitler offered him an ambassadorship to the Court of St. James in 1935, Lettow-Vorbeck told Hitler to go “f**k yourself.” Describing the interview afterward, Lettow’s nephew explained “That’s right, except that I don’t think he put it that politely.” 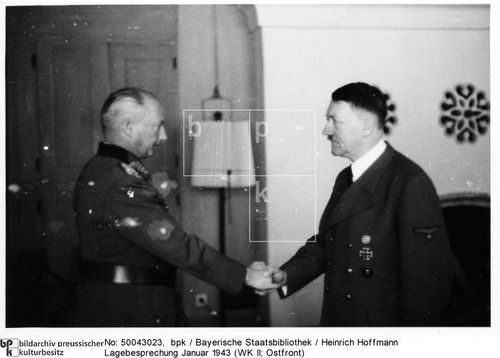 Following such a blunt refusal, Lettow-Vorbeck was kept under continual surveillance by the Nazi regime. His home and office were searched, his person subject to constant harassment. The Lion of Africa was destitute by the end of WWII. His two sons killed in service to the Wehrmacht, his home in Bremen destroyed by Allied bombs.

For a time, Vorbeck lived on food packages from British Intelligence Officer Richard Meinertzhagen and South African Field Marshal Jan Christiaan Smuts, two of his former adversaries in the East Africa campaign.  It was a token of the respect these two had, for a man who had once been their enemy. 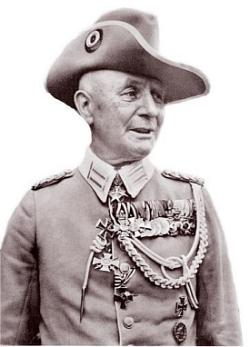 In 1964, the year Lettow-Vorbeck died, the Bundestag voted to give back pay to former African warriors who had fought with German forces in WWI. Some 350 elderly Ascaris showed up. A few could produce certificates given them back in 1918, some had scraps of old uniforms.  Precious few could prove their former service to the German Empire.

The German banker who had brought the money had an idea. As each man stepped forward, he was handed a broom and ordered to perform the German manual of arms. Not one man failed the test.

Lettow-Vorbeck formed a lifelong friendship during his time in Africa, with the Danish author Karen Blixen, best known by her pen name Isak Dinesen, author of “Out of Africa”. Years later, Blixen recalled, “He belonged to the olden days, and I have never met another German who has given me so strong an impression of what Imperial Germany was and stood for”.

Following years of colonial, military and diplomatic interaction, romantic relationships between Germans and Africans, were inevitable. Though rare as hen’s teeth, Adolf Hitler’s Reich included the children of such relationships. One such was Hans J. Massaquoi, a self-described “kinky-haired, brown-skinned, eight-year-old boy amid a sea of blonde and blue-eyed kids filled with patriotism”. Though prohibited from joining by racial “purity” laws, the eight-year-old Hans was entirely caught up in the excitement of the Hitler Youth.

Mr. Massaquoi tells his unusual and fascinating story in Destined to Witness: Growing Up Black in Nazi Germany.