On this day in 1794, the United States Government established a permanent navy and authorized the building of six frigates..  One of them, USS Constitution, saw its first combat in the Quasi-War and remains in service to this day, the oldest commissioned warship in the United States Navy.

Imagine you consider yourself to be somewhere in the political center.  Maybe a little to the left. Now imagine that, in the space of two years, national politics have shifted to the point you find yourself on the “reactionary right”, subject to execution as such by your government.

And your personal convictions have never so much as wavered.

America’s strongest Revolution-era ally lost its collective mind in 1792, when France descended into a revolution of its own.    17,000 Frenchmen were officially tried and executed during the 1793-’94 “Reign of Terror” alone, including King Louis XVI and Queen consort, Marie Antoinette.  Untold thousands died in prison or without benefit of trial. 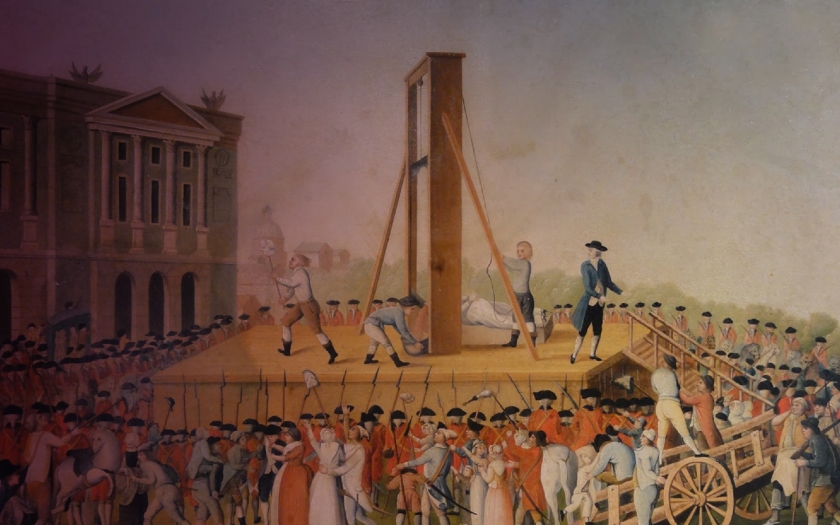 The monarchical powers of Europe were quick to intervene.  For the 32nd time since the Norman invasion of 1066, England and France once again found themselves in a state of war.

France was the American patriot’s strongest supporter during America’s revolution, yet the US remained neutral in the later conflict, straining relations between the former allies.  Making matters worse, America repudiated its war debt in 1794, arguing that it owed money to “l’ancien régime”, not to the French First Republic which had overthrown it and executed its King.

Both sides in the European conflict seized neutral ships in the act of trading with their adversary.  The “Treaty of Amity, Commerce, and Navigation” with Great Britain, better known as the “Jay Treaty”, all but destroyed relations with the French 1st Republic.  France retaliated by stepping up attacks on American merchant shipping, seizing 316 American civilian ships in one eleven-month period, alone.

The following year, President John Adams dispatched a delegation of two.  They were the future Chief Justice of the Supreme Court John Marshall, and future Massachusetts Governor Elbridge Gerry, he who lends his name to the term “Gerrymander”.  Their instructions were to join with Pinckney in negotiating a treaty with France, with terms similar to those of the Jay treaty with Great Britain. 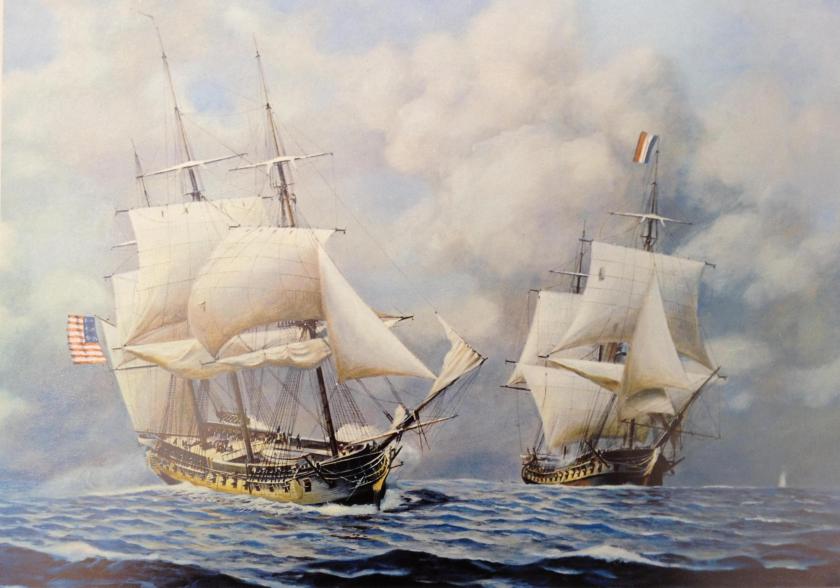 The American commission arrived in Paris in October 1797, requesting a meeting with the French Foreign Minister, Charles Maurice de Talleyrand.  Talleyrand, unkindly disposed toward the Adams administration to begin with, demanded money before meeting with the American delegation.  The practice was not uncommon in European diplomacy of the time, but the Americans blanched.

Documents later released by the Adams administration describe Nicholas Hubbard, an English banker identified only as “W”.  W introduced “X” (Baron Jean-Conrad Hottinguer) as a “man of honor”, who wished an informal meeting with Pinckney.  Pinckney agreed and Hottinguer reiterated Talleyrand’s demands, specifying the payment of a large “loan” to the French government, and a £50,000 bribe to Talleyrand himself.  Met with flat refusal by the American commission, X then introduced Pierre Bellamy (“Y”) to the Americans, followed by Lucien Hauteval (“Z”), sent by Talleyrand to meet with Elbridge Gerry.  X, Y and Z, each in their turn, reiterated the Foreign Minister’s demand for a loan, and a bribe.

Believing that Adams sought war by exaggerating the French position, Jeffersonian members of Congress joined with the more warlike Federalists in demanding the release of the commissioner’s communications.  It was these dispatches, released in redacted form, which gave the name “X-Y-Z Affair” to the diplomatic and military crisis which followed.

American politics were sharply divided over the European war.  President Adams and his Federalists, always the believers in strong, central government, took the side of the Monarchists.  Thomas Jefferson and his “Democratic-Republicans” found more in common with the “liberté, égalité, fraternité” espoused by revolutionaries.

In the United Kingdom, the ruling class enjoyed the chaos.  One British political cartoon of the time depicted the United States, represented by a woman being groped by five Frenchmen while John Bull, the fictional personification of all England, looks on laughing from a nearby hilltop.

Adams’ commission left without entering formal negotiations, the failure leading to a political firestorm in the United States.  Congress rescinded all existing treaties with France on July 7, 1798, the date beginning the undeclared “Quasi-War” with France.  Four days later, President John Adams signed “An Act for Establishing and Organizing a Marine Corps,” permanently establishing the United States Marine Corps as an independent service branch, in order to defend the American merchant fleet.

At this point, the United States had no other means of fighting back.  The government had disbanded the Navy along with its Marine contingent at the end of the Revolution, selling the last warship in 1785 and retaining only a handful of “revenue cutters” for purposes of customs enforcement.  On this day in 1794, the United States Government established a permanent navy and authorized the building of six frigates..  One of them, USS Constitution, saw its first combat in the Quasi-War and remains in service to this day, the oldest commissioned warship in the United States Navy.

American military involvement proved decisive.  Before armed intervention, the conflict with France resulted in the loss of over 2,000 merchant ships captured, with 28 Americans killed and another 42 wounded.   Military escalation with the French First Republic cost the Americans 54 killed and 43 wounded, with only a single ship lost.  That one, was later recaptured.

By the turn of the century, the naval power of the English speaking nations brought about a more agreeable negotiating position with the government of First Consul Napoleon Bonaparte. The Convention of 1800 ended the Quasi-War, asserting American rights and ending the alliance with France.

The entangling French alliance of 1778, was dead.   The Napoleonic Wars would be fought entirely on European soil.

Between 1803 and 1812, the Royal Navy’s manpower needs greatly exceeded voluntary enlistment.  5,000 to 9,000 American sailors were forcibly “impressed” (kidnapped) into service, becoming a major casus belli for the war of 1812.